On 15 February 1907 the first of the new Tribal Class destroyers, HMS Cossack, was launched and over the following two-and-a-half years she was followed by another eleven sister-ships.  The last of them, HMS Zulu, was launched on 16 September 1909 and commissioned in the following March.  At 285 feet long (86.9m), with a beam of 27 feet (8.2m) and draught of 9 feet 4½ inches (2.9m), she displaced 1,017 tons.  Her six oil-fuelled boilers powered three steam turbines that could drive her to a speed of 33 knots (38m.p.h).  Interestingly, the twelve Tribal Class destroyers were built at seven different shipyards to the general design but differing in detail. 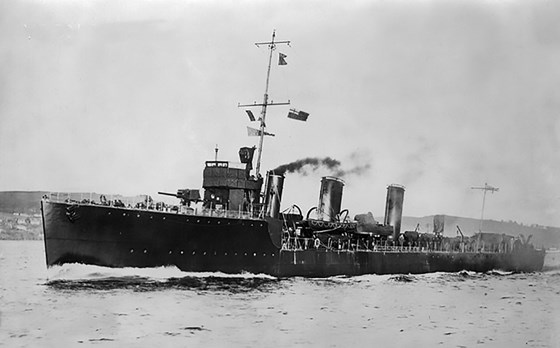 Upon the outbreak of the First World War, HMS Zulu was part of the 6th Destroyer Flotilla based at Dover, and the flotilla became the basis of the famous Dover Patrol.  Over the next two years the Zulu carried out many patrols, and also helped mine-laying and net-laying operations in the Channel by placing marker-buoys.

On 8 November 1916, while sailing from Dover to Dunkirk she struck a German mine which blew off her stern.  Two of her crew were killed, as was another seaman sailing in her on passage to France.However, the rest of the ship stayed afloat and was towed to Calais by a French destroyer. 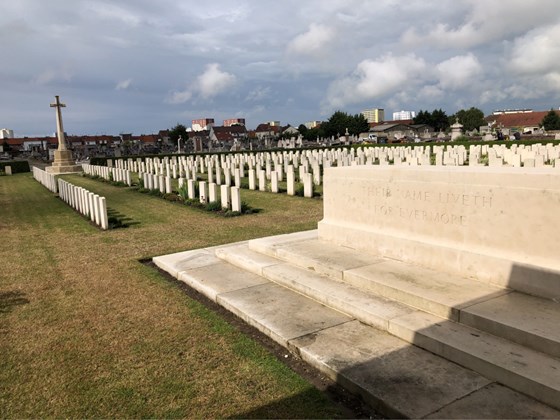 And there Zulu’s story might well have ended... however….just a fortnight earlier, on the night of 26-27 October, HMS Nubian, another Tribal Class destroyer, had her bow almost severed by a German torpedo during the Battle of Dover Strait.  She was taken in tow but the rope parted in heavy seas and she drifted onto the shore at South Foreland, Dover, where the damaged bow was torn off on the rocks and the rest of the ship was driven under the cliff. 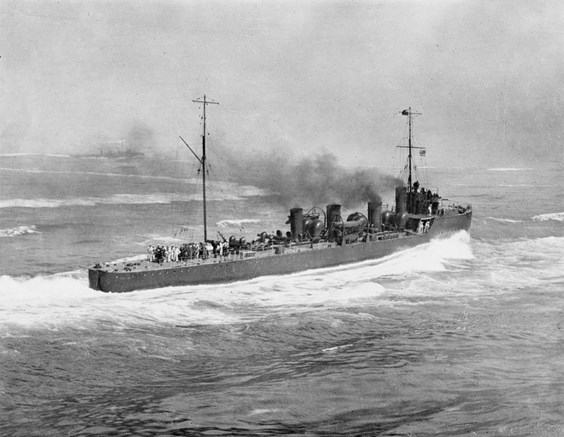 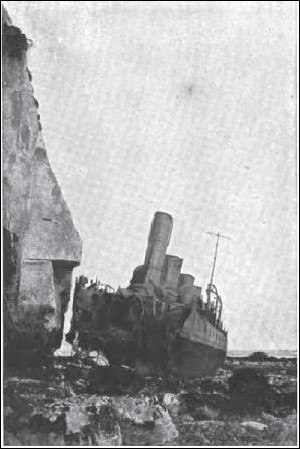 Above: HMS Nubian minus her bow at the base of the cliffs of Dover

Fifteen men were killed and several others wounded during the action. 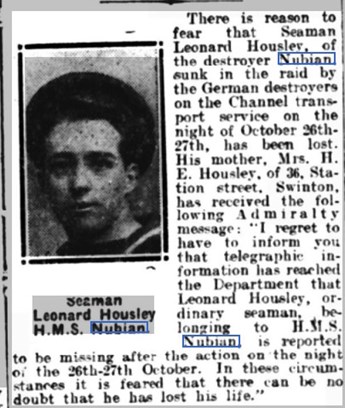 Above: a newspaper cutting referring to the death of Ordinary Seaman Leonard Housley on the Nubian 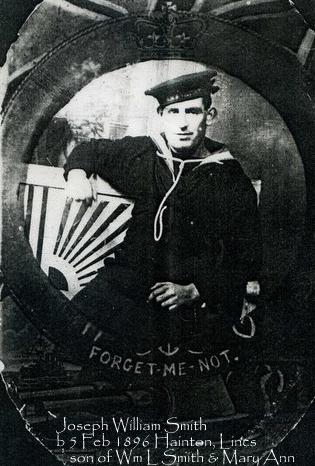 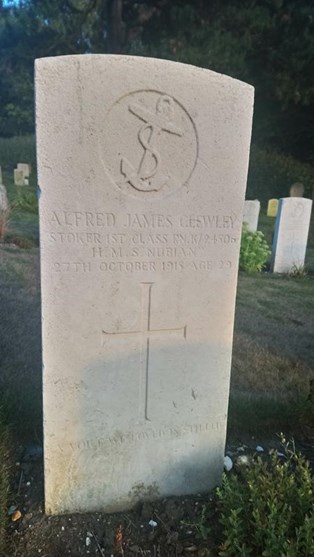 And there Nubian’s story might well have ended... however…..such was the pressure on British shipbuilding by this stage of the war it was decided to join the surviving sections of the two ships together to make a new one.  Zulu was towed from Calais to Chatham Dockyard, but the recovery of Nubian’s stern could only be carried out after a channel in the chalk shoreline was cut using explosives.  Then she could be re-floated and towed to Chatham.

As mentioned, the Tribal Class destroyers were built by a number of different shipyards, with Zulu constructed by Hawthorn, Leslie and Company, at Newcastle-Upon-Tyne, and Nubian by J.I. Thorneycroft at Woolston, near Southampton.  This meant there was a 3½-inch (87mm) difference in beam at the point where the two sections were to be joined together.  Nevertheless, the shipwrights at Chatham were able to splice the two halves together and the result, also splicing together the two names, was HMS Zubian, which was commissioned on 7 June 1917. 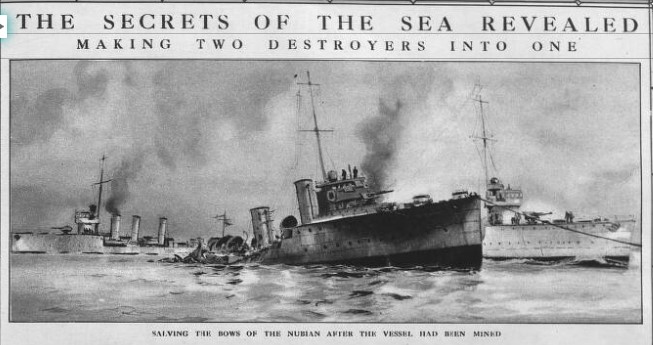 HMS Zubian continued the work of her predecessors in the Channel for the rest of the war; a high point being the sinking of the German mine-laying submarine UC-50 with depth-charges on 4 February 1918.  Zubian also took part in the raid on Zeebrugge and Ostend harbours on the night of 23-24 April 1918, acting as an escort to the big-gun monitors bombarding the coastal defences at Ostend.

At the end of the war the Admiralty had a surplus of ships and so the nine survivors of the Tribal Class, all of them very tired after their war-time service, were sold for scrap; with Zubian being broken up in December 1919.

The names of Zulu and Nubian were revived in the late 1930s for a new much larger (in both size and numbers built) Tribal Class.  This Nubian survived the Second World War, but the Zulu was sunk at Tobruk by enemy aircrafton 14 September 1942.

The name Zubian was not reused and therefore remains a unique name, for a unique ship.

2nd Steward, William Lord, Mercantile Marine Reserve, from HMS Riviera, was on board the Zulu on passage to France and was also killed; he is commemorated on the Portsmouth Naval Memorial.