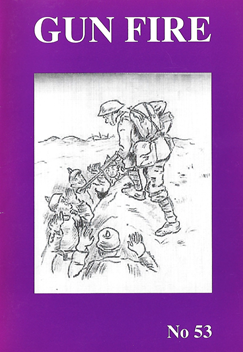 [This article first appeared in the Yorkshire Branch journal ‘Gun Fire’ Book 53  pp 14 - 23.  The entire series of 59 editions published between 1985 and 2004 has been digitised by The Western Front Association and is available to members via their Member Login. A list of all articles across the 59 editions is available by clicking on the icon below which is captioned 'Gun Fire - Full Contents listing'].

Tony Spagnoly sent the following drawings. They were made in 1917 by a member of the 69th Field Ambulance and have to do with the Ypres area in 1917. The first (1) has some notes on it which might be difficult to decipher, so here they are

The School Menin Gate This School has been the dumping ground for German shells for over three years. Situated just outside Ypres on the Menin road a little over a mile from the German front line before the advance of June 1917. The cellar occupied as a dressing Station is under the main building. 16 Wooden props have been added to support the ceilings which are arched. Stretchers are taken into the dugout by sloping entrance which prevents getting under arch and are brought out the same way.

Drawing number 2. The underlining here (and elsewhere) was done by Mr Spagnoly and the name Brielen is in his hand. He pointed out that this could have been where John Mccrae penned the most famous lines of WWI.

Drawing 3, also by A.R. Watt is titled 'UNIDENTIFIED LOCATION' and it remains unidentified.

On the fourth drawing the room designations, not too clear, are: Sick Waiting; Dressing Room and A.T.S. Table; Ward for Stretcher Cases; Officers Mess; Refreshments; Officers Billet; Dressing Room for walking cases A.T.S. Table; Walking Cases; Lying Cases. Also on 3, below the 'canvass shelter', is a symbol consisting of five circles. This indicates the 'Camp Kitchen' and next to it are three more circles above what seems to be 'Steps'.

The underlinings were made by Mr Spagnoly and the descriptions in the top half of the depicted scheme are:

Drawing No 8 is of a place that appears on number 7.

The claim about the tunnel it depicts being 'SEVEN MILES LONG' prompted Mr Spagnoly to ask can 'this be possible?

I know the area is full of tunnels ETC from the Religious Wars of the Middle Ages. A photo in the Ypres Times circa ... 1931/2 shows a big collapse in the Menin Road up near Hooge and a large Underground shelter/First Aid Place'.

He also noted that drawing No 4 was 'Transport Farm' and that a 'British Cemetery [is] there today.' 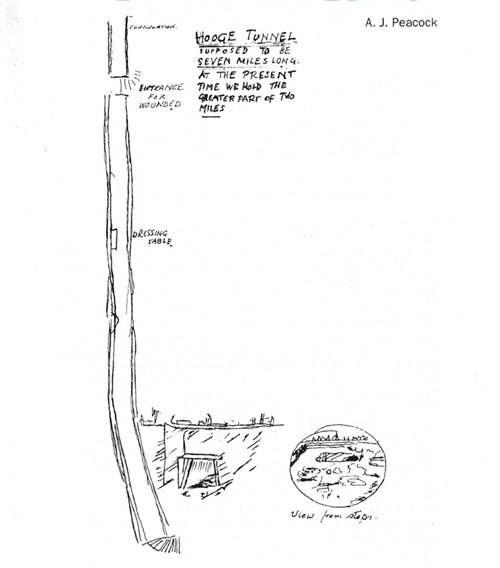 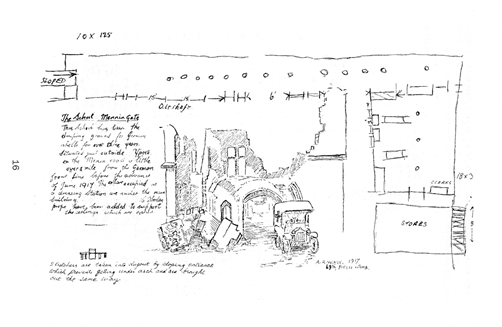 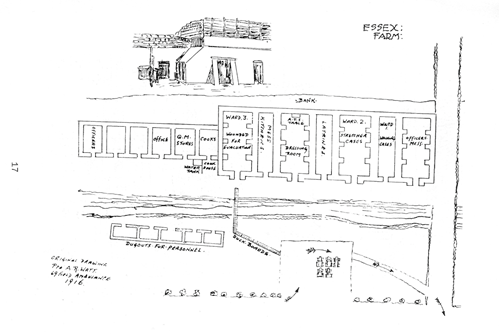 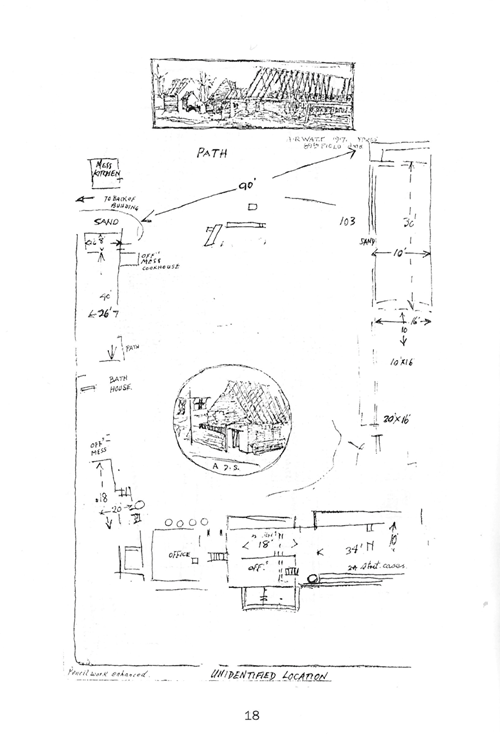 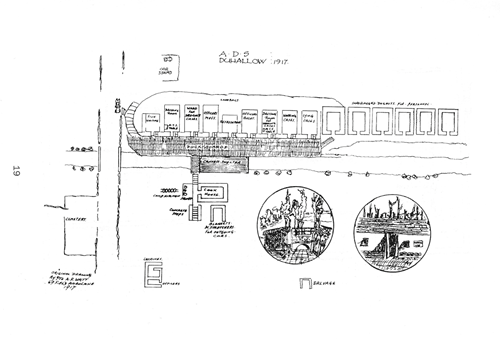 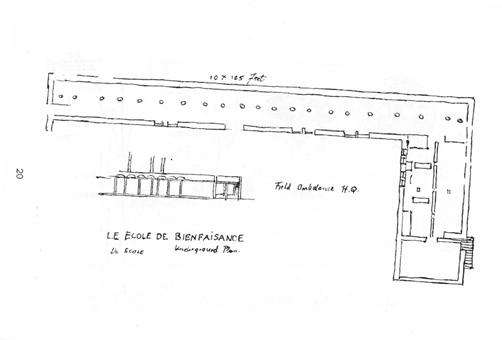 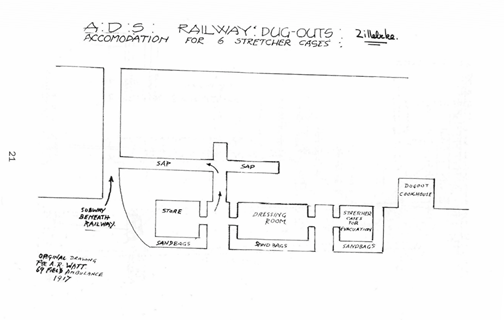 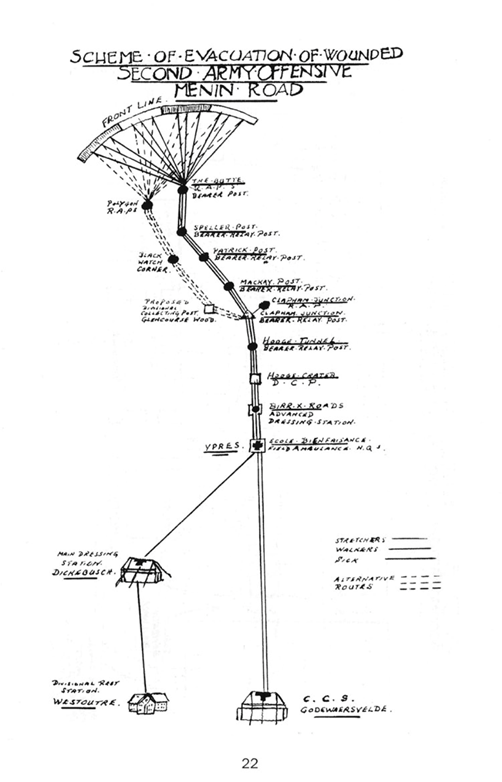 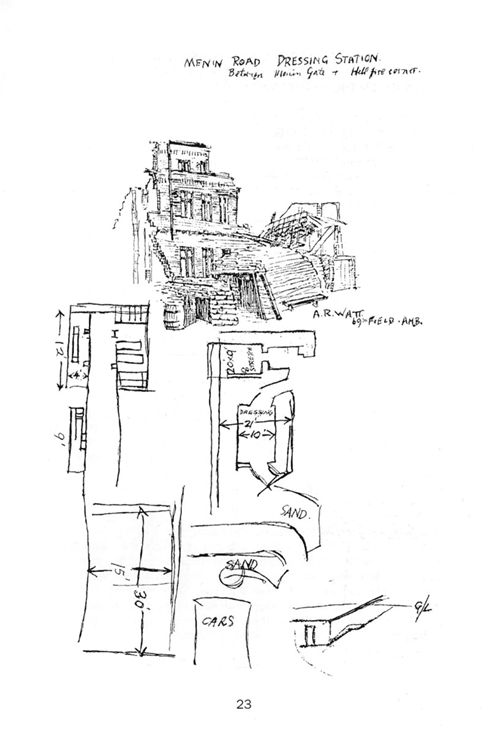