The pandemic has certainly limited options, but at the same time it has focused minds. In my case and that of my collaborator Mick Rowson it concentrated our minds on some of the ‘problem cases’ we had failed to resolve on our roll of honour of Burslem men who were killed in the Great War. Burslem, the Mother Town of the Staffordshire Potteries, did not produce a list of its war dead. 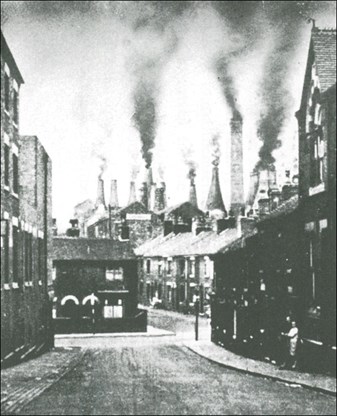 Above: A view of Burslem (from Pitt Street)

Having decided to repair the omission, we started with the Military & Naval Press searchable database of Soldiers Died in the Great War, including any man who was stated to have been born in Burslem or to have resided there at the time of his enlistment.  We then extended the search to men born or residing in the town’s suburbs, Cobridge, Dale Hall, Longport and Middleport.

Information on their lives and deaths was sought in other national and official sources: the Commonwealth War Graves Debt of Honour Register; Medal Rolls Index Cards; WW1 Service Medal and Award Rolls; Service Files; Silver War Badge Records; Pension Cards; the Registers of Soldiers’ Effects; unit War Diaries; and the national census, especially those of 1901 and 1911. 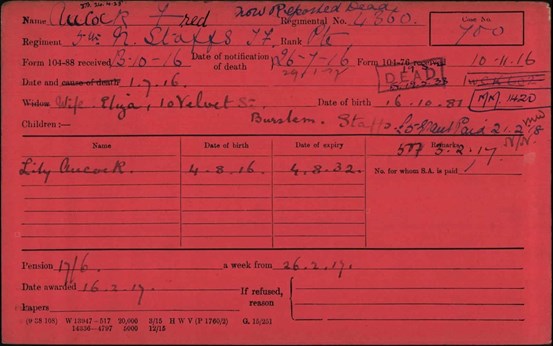 These national and official sources were supplemented by names listed in unofficial and local ones, especially the war memorials and rolls of honour of churches and chapels, factories, pubs, schools and streets, and in the exhaustive (and impressive) coverage of casualties in the local newspaper, the Staffordshire Sentinel.

Our first problem case was that of ‘F. Aucock’, whose name was found on the Barnfields Memorial, but nowhere else. 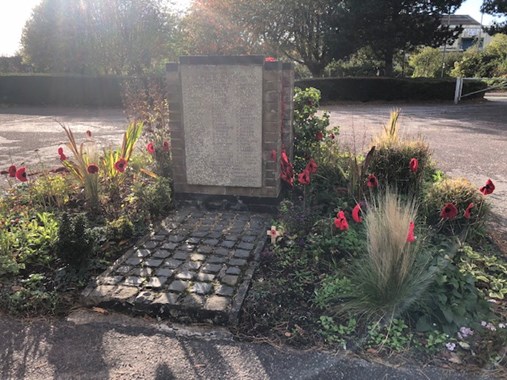 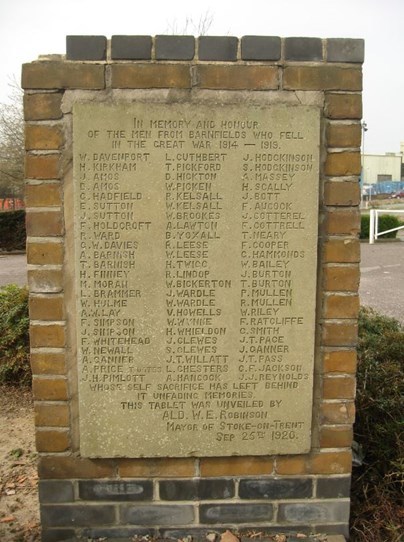 The Barnfields Memorial belies its rural-sounding name. It contains the names of 74 men who were born or lived in the warren of streets that surrounded the parish church to the north, south and west. These streets were part of the landscape of my childhood.  I remember the memorial in its original position, in Pleasant Street, where my Auntie Ivy had her hairdresser’s salon.  The memorial was moved to its present site in the parish churchyard and rededicated in 1997 following widescale demolition of the area.  ‘F. Aucock’ was one of several names that were problematic on this memorial.  We did, however, have a ‘Fred Ancock’ on our list, which was suspicious. Ancock’s name was confirmed in the usual official military sources.

It was tempting to jump to the conclusion that the Barnfields Memorial had made a mistake.  We were reluctant to jump to this conclusion, however, and were proved right not to. Fred Ancock was a Private in the 1/5th Battalion North Staffordshire Regiment. He was killed in action on 1 July 1916 at Gommecourt. He has no known grave, but is commemorated on the Thiepval Memorial. 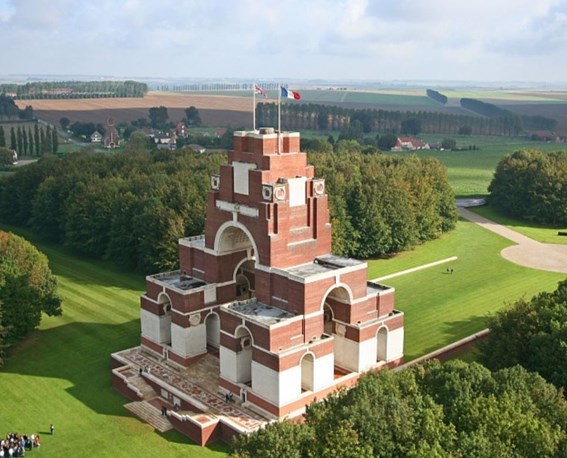 The 1/5th Battalion North Staffordshire Regiment has recently been the subject of a wonderful research project led by Levison and Janice Wood and others, including a listing of all men who served in the battalion, now amounting to some 6,000 names. We checked Ancock on the Woods’ list. There he was. But there were two clues. It was noted that Ancock’s name also appeared on the Woodhall Memorial Congregational Church war memorial and above him on the list was another Ancock– Albert, who survived the war.

Mick and I had never been able to get access to the Woodhall Memorial Church, but through the good offices of Lev Wood we obtained a photograph from Ray Cope, a doughty champion of Great War memorialization in the north Staffordshire. 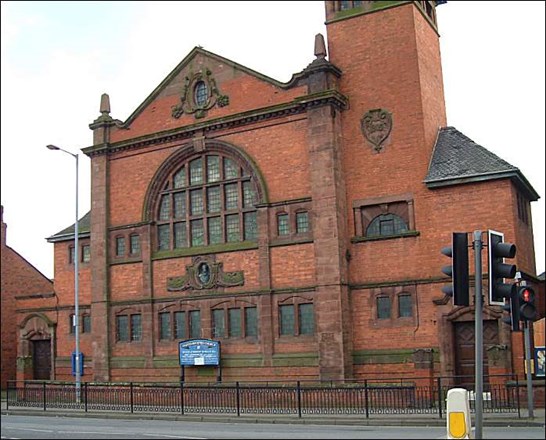 The name on the Woodhall memorial is clearly ‘Aucock’. 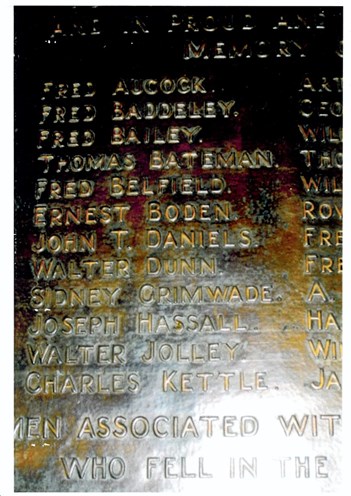 It stretched belief to think that two local war memorials would make the same mistake in commemorating a local man who was presumably known to them personally. We smelled blood and went for a flank attack by researching Albert Ancock. We found him in the 1911 Census, aged 17, living with his parents, Thomas and Mary, and his brother Joseph, in Greenhead Street, Burslem. The 1911 Census was the first in which forms were completed by the householder and not by an enumerator. As someone once said, ‘never trust the census taker just because he’s dead’.  The signature is clearly ‘Thomas Aucock’. We then went back through the 1901 Census, where we found Albert listed as ‘Alcock’, but still with parents called Thomas and Mary and at the same address as in 1911.  His siblings were Thomas, William, Elizabeth, Joseph and Mary, and, most tellingly, Frederick.  We then looked at Albert’s official military records. His Medal Rolls Index Card is indexed as ‘Ancock’. 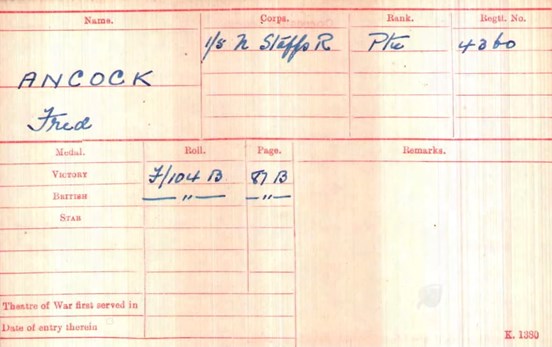 We looked again at Fred Ancock’s entry in the Registers of Soldiers’ Effects.  On re-reading this itis also, in our view, ‘Aucock’.  Whoever made the entry went over the ‘n’ to emphasise that it was actually a ‘u’.

Fred’s legatee is shown as his widow, Eliza. The marriage register shows Fred Aucock marrying Eliza Holdcroft in 1901. In the 1911 Census Fred and Eliza were living at 12 Velvet Street, Burslem, right in the heart of the Barnfields Memorial territory.  Fred has clearly signed the Census Form as ‘Aucock’.  Case closed.  Fred and his brother Albert, who died in 1968, are both wrongly recorded or indexed in official records.