After the First World War, the Ministry of Pensions (for a short time) created a number of regional offices in order to deal with the administration of pensions paid to disabled soldiers. The location of these offices had been a bit of a mystery. Until now.

It is of interest to know where the administration of these pensions took place. Some of the locations are still not certain, and some have been demolished, but below are the locations of these eleven offices.

First of all it may be useful to look at the following map. This shows the administrative regions used by the Ministry of Pensions. As has been mentioned previously, The Western Front Association saved millions of paper records from destruction - many of these being the regional records which were administered out of the offices detailed below. Unfortunately 'weeding' of the records in some regions some time after the Second World War resulted in the destruction of some of the records (this particularly impacts those records for the Easter, South Eastern and London regions. 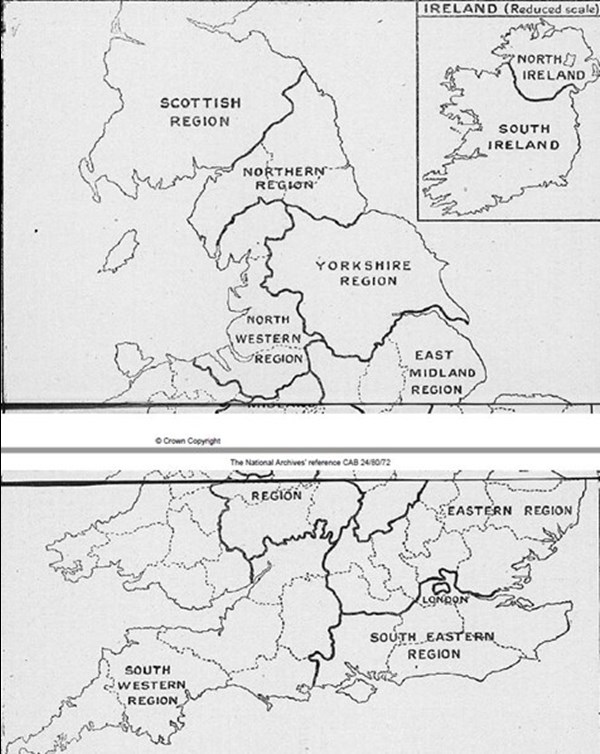 With some exceptions, it seems that many of the Ministry of Pensions regional headquarters were housed in hotels in city centres. Some of these were quite grand.

Cockburn Street, Edinburgh is shown below. To date, the exact location of the Ministry of Pensions offices has not been established. 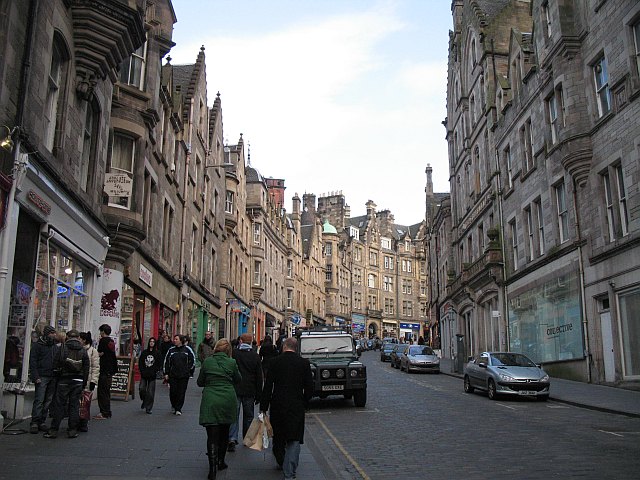 Number 14 Clayton Street West is easy to locate, but looks relatively modest. Interestingly it is directly opposite the Clarendon Hotel. 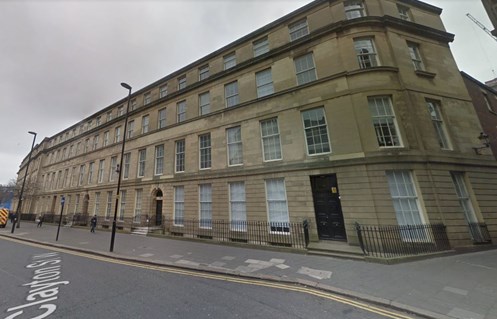 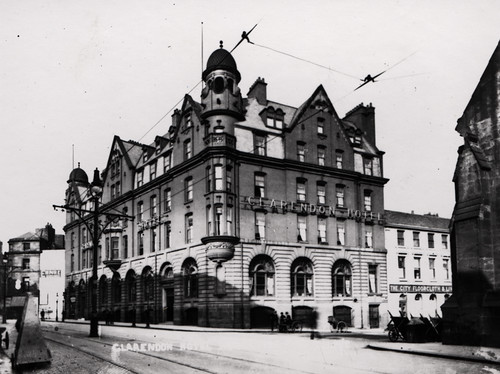 The site of the Moseley Hotel is now (on the ground floor) the McDonalds / Boots / Bella Italia in Manchester's Piccadilly Gardens.  As can be seen it has been totally rebuilt, almost certainly as a result of bomb damage during the Second World War. 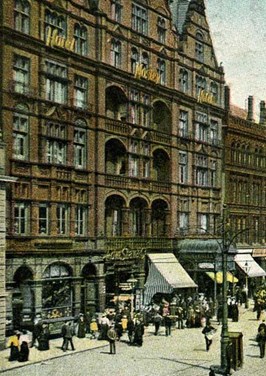 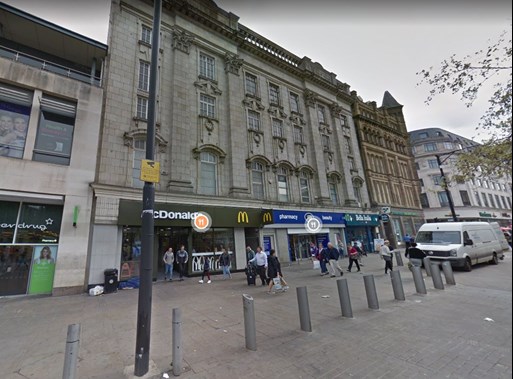 7 Boar Lane was the 'Griffin Hotel'. The building still stands to this day and the architecture is very ornate. 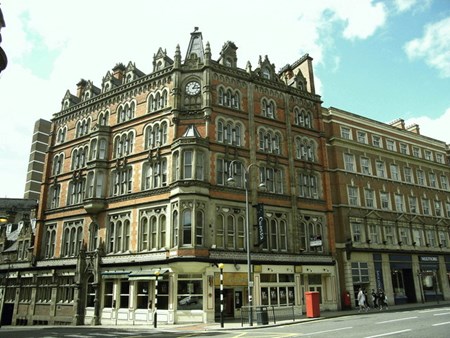 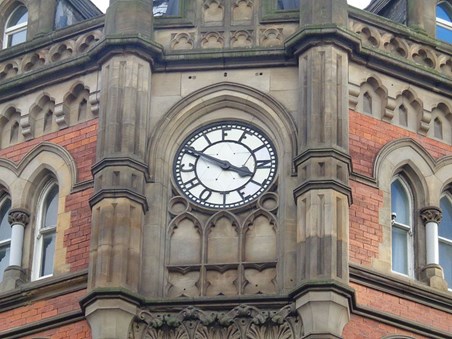 The Angel Hotel is almost certainly the building occupied by the Ministry of Pensions in Cardiff. It is on the corner of Castle Street and Westgate Street in the centre of Cardiff. Used by the US Navy in the war, the hotel's façade collapsed in the 1930s and was subsequently reconstructed. 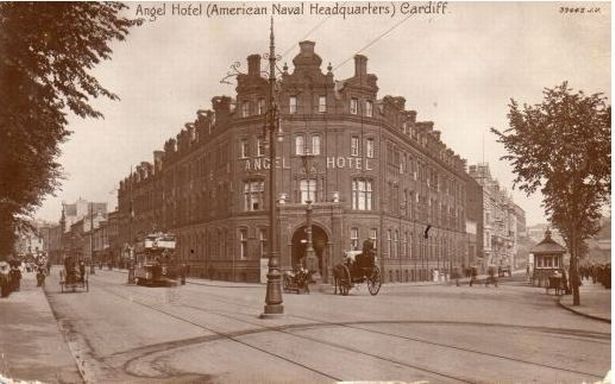 The exact address has been able to be established, but the road exists to this day and is clearly full of late Victorian / early 20th century buildings. 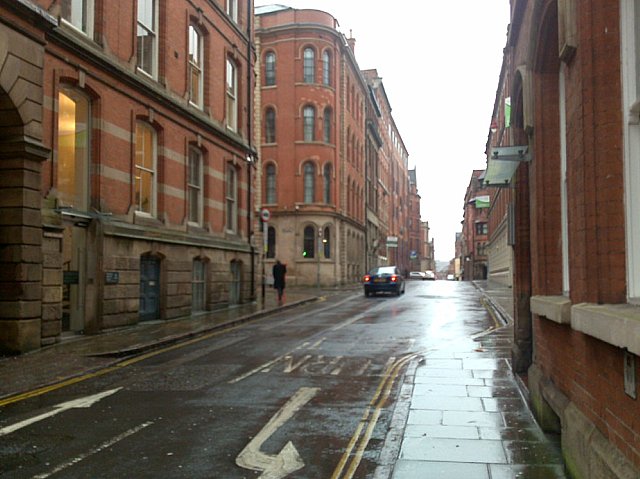 The area has been regenerated and 'Bethany Buildings' no longer exists, but the image (below) from the 1950's gives an impression of the locality. 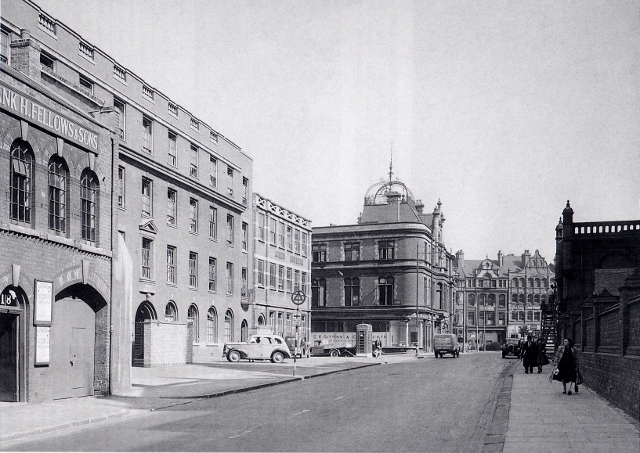 Possibly the 'plushest' of the buildings occupied by the Ministry, were those in London. The building forms part of a grand Victorian era terrace developed in the 1860s. In a close by property lived the famous politician, and friend of Winston Churchill, Frederick Edwin Smith, 1st Earl of Birkenhead (1872 – 1930) - commonly known as F. E. Smith. Number 20 is now the London HQ of the National Trust. 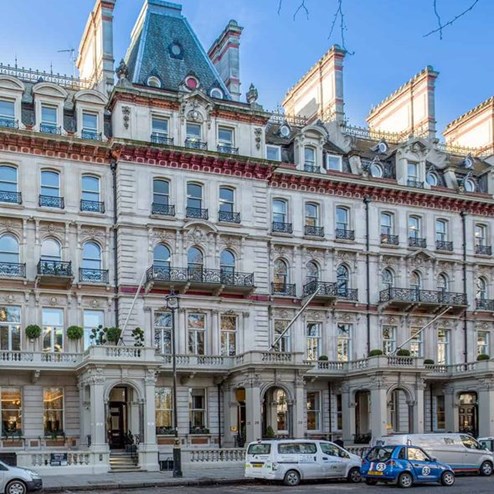 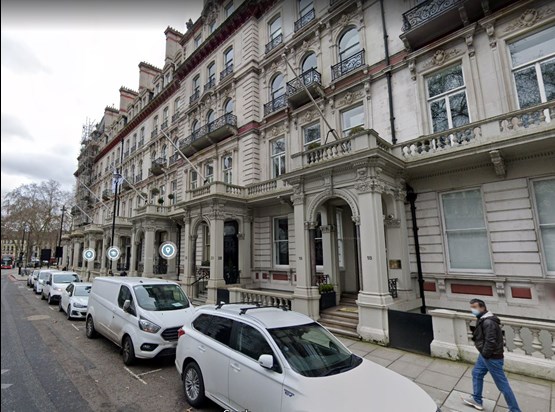 Located very close to the iconic Clifton suspension bridge, the Clifton Down Hotel is still standing, but later was transformed into commercial offices and renovated and converted to apartments. It is now 'Bridge House'. 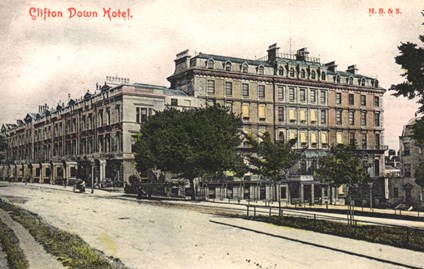 In 1984 the entire site was purchased for redevelopment and the former hotel and another landmark building next door, the General Post Office, were demolished, making way for an enormous shopping centre named Castle Court. 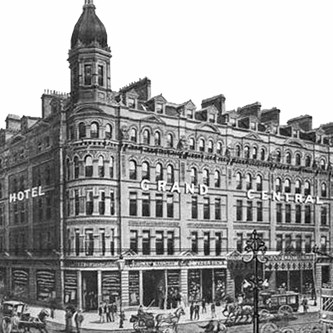 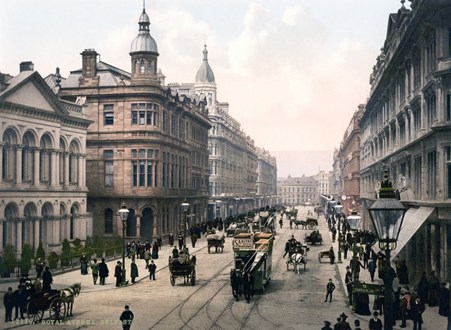 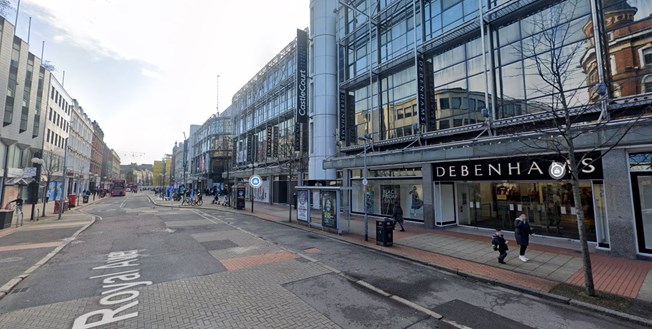 Although not definitely the case, this would seem to be 36 Finian Street, adjacent to Westland Row. The building is now owned by Trinity College, Dublin. 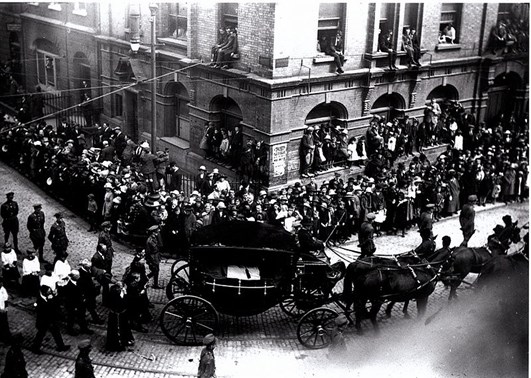 Above: On Wednesday, 16 August 1922, the funeral cortège of Arthur Griffith, President of Dáil Éireann, passed by on its way to Glasnevin Cemetery. Oriel House then housed the Criminal Investigations Department of the new Irish State. 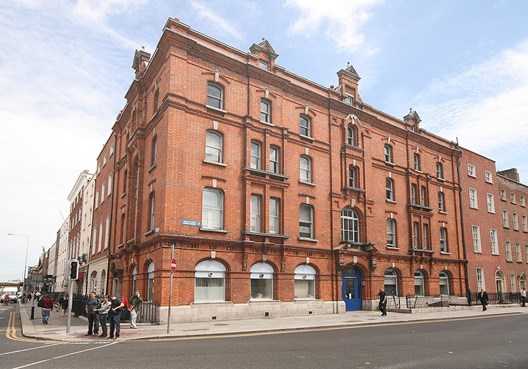