Brothers In War by Michael Walsh 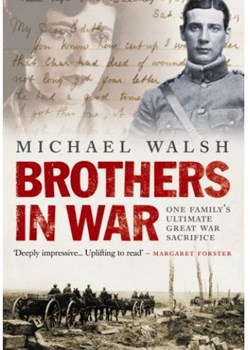 This book follows the lives of the eight Beechey brothers, sons of a Lincolnshire vicar and his wife. The boys were part of a family of 14 children. The book is based around letters sent to their widowed mother by the boys, the letters having been preserved by a descendant of the Beechey family. The book traces the early years of the boys and their sisters, including schooling and their prewar careers. Two of the boys had emigrated to Australia, Christopher and Harold. Of the others, Barnard had been a schoolmaster but was living at home, Charles was a schoolmaster, Leonard was a clerk, Frank was unemployed, Eric was a dentist and Samuel still a schoolboy.

The book takes the reader from Gallipoli where Christopher was badly wounded and invalided out of the army, to the Western Front and Tanzania.

Of the eight boys, only three survived. Barnard was the first to die, in September 1915, and is commemorated on the Ploegsteert Memorial. The effect of each death on the family is described through their letters, with the delays in posts causing much frustration and pain. Frank died in November 1916 and is buried near the Somme, and three sons were lost in 1917, Harold at Bullecourt, Charles in Tanzania and Leonard at Rouen.

Mr Walsh deals with the moving story of the tragedy very sensitively; the effect on Mrs Beechey and the family is unimaginable, with the news more hard to bear with every telegram that arrived. The letters are linked together with a good sound historical narrative and tracing world events at the time within the framework of the book and uses family photographs and documents within the text, which enhance the book. 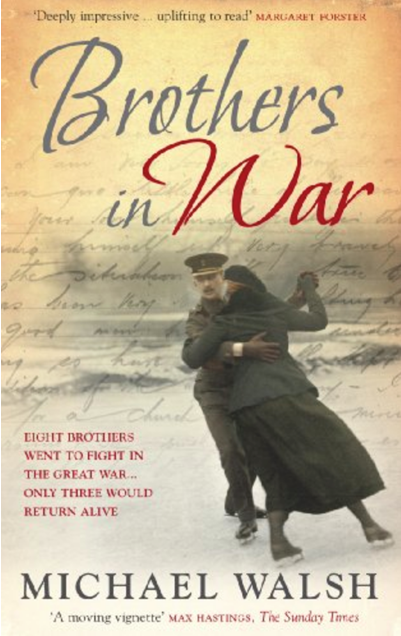