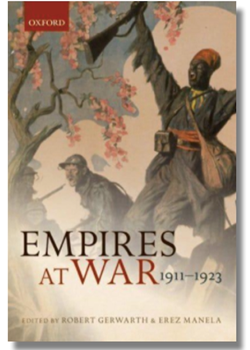 Usually when I sit down to read about the First World War I reach for a map of the Western Front - with Empires at War what you need is a globe (or at best a good atlas). This is how best to think of a global war - a world at war, not simply combat on the western front. 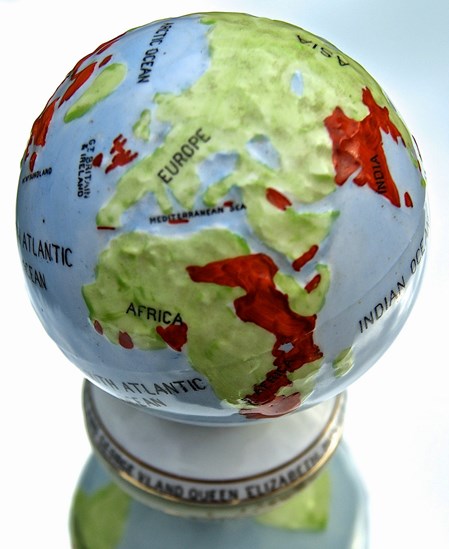 Empires at War 1911 - 1923 declares its scope,‘the organised mass violence of war had not ended; it had only shift its modes and focal points’. (p.5).

As the authors state on the second page, ‘it pays to examine the war within a frame that is both longer … and wider than is typical’ which is why they chose 1911 to 1923 though there’s plenty of appropriate reference to the decades before this period and the century that followed.

The editors put their cards on the table on page three stating that the First World War was ‘not a war between European nation states, but a war of multi-ethnic global empires’.

The editors continue to justify their approach: ‘if we take the conflict seriously as a world war we must … adopt a perspective that does justice to the millions of imperial subjects called upon to defend their imperial governments interest.’ (p.3) Indeed we should.

And they continue, ‘the impact of the war was profoundly felt by hundreds of millions living across the imperial world … conscription, occupation, inflation, economic dislocation while kindling new opportunities, ideas, plans and hopes’ (p.4) It is this global impact and the long shadow of the conflict across the 20th century that the multiple authors address in this collection of papers.

Looking as we are through the lens of hindsight from 2021, a good start would be the later chapters on China and Japan, to better understand how the reverberations of the empires at war in Europe left Asia.

As well as the broader time period and the greater geographical perspective Empires at War 1911-1923 wants us to get inside of the minds of those who harboured the ‘notion of white racial superiority’ which so dominated the machinations around the peace treaties of 1919.

Leaders of those in subjugated nations and dominions took the view, that in 1914, ‘supporting enlistment was a political calculation aimed at gaining grater autonomy or independence’ that showing willing and gaining political muscle they could ‘throw off the colonial yoke’. They were right, though it would take another world war, another generation and several decades more to deliver.  This is what Empires at War 1911-1923 has us accept - the First World War was a disrupting catalyst that fractured empires, spawned nations, set false parameters and woke sleeping giants, not least the US, Japan and China.