Welcome to the Lancashire (North) branch of The Western Front Association. 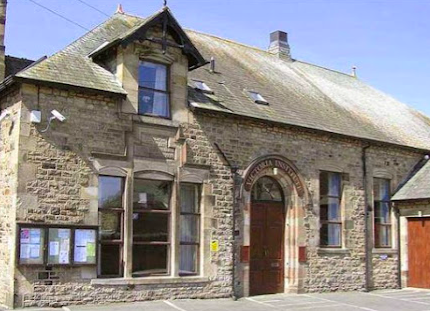 Meetings are usually held on the first Monday in the Month.  The only exception is when the Monday is a Bank Holiday and we then move the meeting to the Tuesday

The doors open at 7pm with the talk starting promptly at 7.30pm.

The talks are about 1 hour long with time for a Q&A session.  The meeting finishes with tea/coffee and biscuits with time to chat to the speaker and other attendees.

The branch aims to cover many different aspects of the Great War.

Entrance donations of £3.00 are invited.

New attendees are always given a warm welcome.

Members of the Western Front Association and non-members are invited to join us.

Meeting an Urgent Need - The Deceased Brother's Marriage Act 1921 by Dr Linda Maynard During the First World War, the British government persistently rejected calls to legalise marriages between a man and the widow of his deceased brother. This talk reviews the debates surrounding calls to change the law which eventually came into force in 1921, l…

'The Battle of Messines, June 1917 - a Reappraisal by Rob Thompson'

The Battle of Messines, June 1917 - a Reappraisal by Rob Thompson   A new look at the Battle of Messines that asks the question 'was it really worth the effort'. Rob is a well known and popular speaker within WFA circles.  It been several years since he gave a talk to the branch and it's good to welcome him back.

Football's Great War: Wartime Football in England and Lancashire,1914-1918 by Alex Jackson   Alex Jackson is the curator at the National Football Museum and is giving his first talk to the branch.  Football has sat at the heart of British culture for over 150 years and we know it played a big role on the Western Front.  This talk will focus on wh…