Gunner Mustill and the hair dressing salon at Arras

Although the Great War is now more than 100 years ago, sometimes signs of the conflict can be observed in unexpected ways.

In Arras, on the Rue due Temple, stands a house which is not particularly different from others. However, on closer inspection there can be seen some graffiti which reads '1st DCLI' and 'Hair Cutting Salon'. 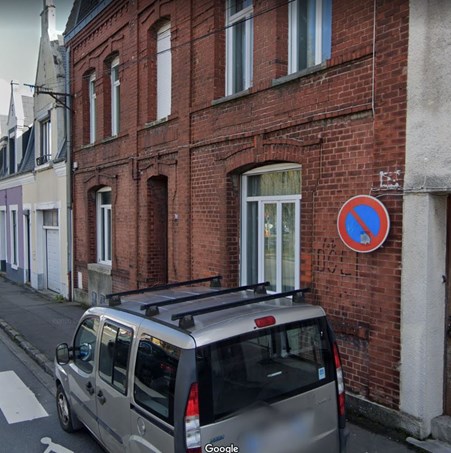 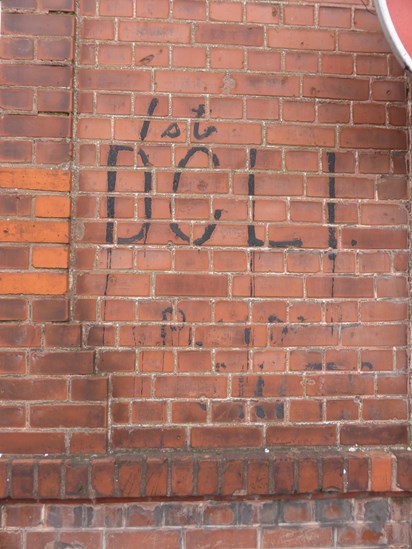 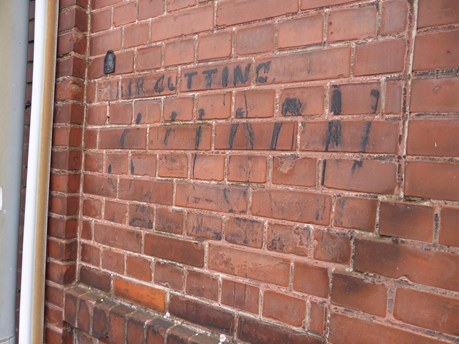 The brickwork on this house, on close examination, is very interesting. It provides evidence of soldiers having been occupied, or at least visited, by soldiers of the British Army during the Great War, with other markings dating from the Second World War. 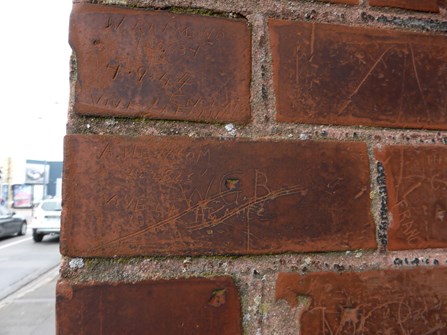 Examples of the First World War graffiti are numerous, but one of the clearest examples is seen below:

Using The Western Front Association's Pension Record Cards we can find a little more about Mustill. 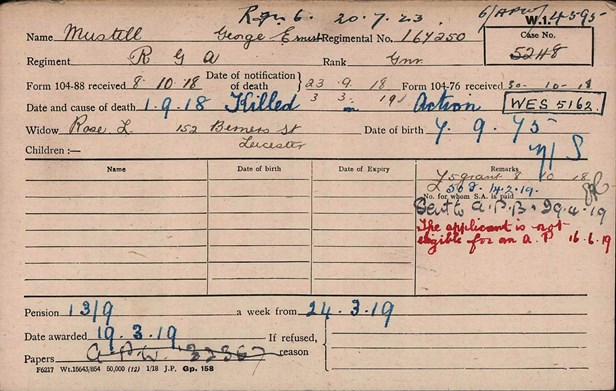 George Mustill was number 167250 in the Royal Garrison Artillery and came from Leicester. his widow, Rose received a small pension after the death of her husband, but the significant detail here is that his date of death was just over a week after he wrote his name in the house brick. We won't know if the 'hair dressing salon' was in use when he was there, but it's a poignant reminder of the activity in this street over 100 years ago.

A recent (May, 2022) communication has added a little bit more to George's story. Marion Gardner wrote to say

"After his death Rose Mustill went to live in Severn Street Leicester. She was not well off and made ends meet by taking in a lodger and sharing the house with a single woman friend. The rest of the highly respectable street were slightly put out by having a lodger as a neighbour, but they got used to it in time.

"Rose Mustill has a honoured place in our family history as she lived next door to my mother. One day in the second world war my unmarried father decided to stay with his Auntie Rose as his leave from the navy was not enough for him to reach his home town. Rose asked my mother to take the young nephew to the cinema and  I and five grandchildren are the result.

"I only knew Rose when she was very old and frail, but she told me the story of Gunner Mustill's death and said she still missed him greatly. She never remarried."

George is now commemorated on the Vis en Artois Memorial. 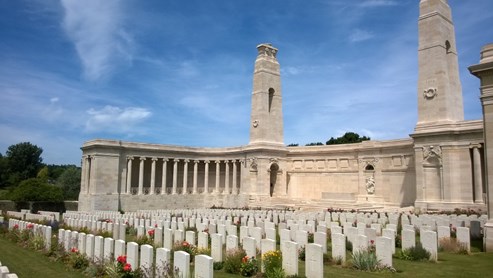