Hooge Tunnel, Essex Farm and other drawings by Tony Spagnoly

Tony Spagnoly sent the following drawings. They were made in 1917 by a member of the 69th Field Ambulance and have to do with the Ypres area in 1917. The first has some notes on it which might be difficult to decipher, so here they are

This School has been the dumping ground for German shells for over three years. Situated just outside Ypres on the Menin road a little over a mile from the German front line before the advance of June 1917. The cellar occupied as a dressing Station are under the main building. 16 Wooden props have been added to support the ceilings which are arched.

Stretchers are taken into dugout by sloping entrance which prevents getting under arch and are brought out the same way. 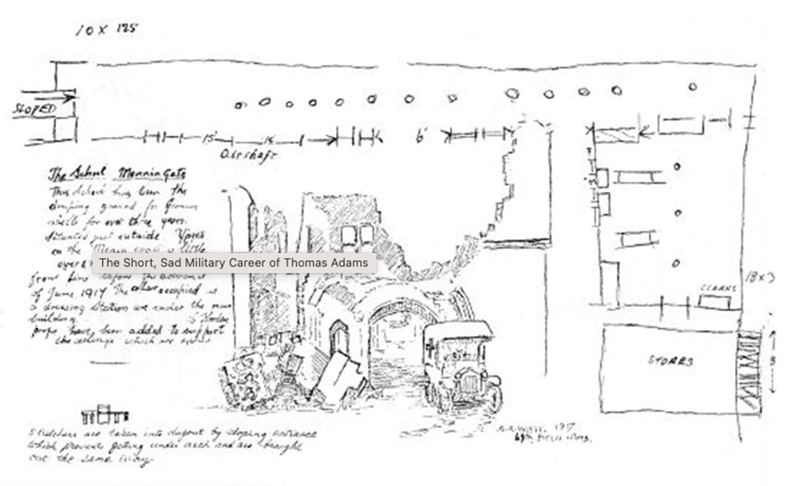 The next drawing is titled 'UNIDENTIFIED LOCATION' and it remains unidentified. 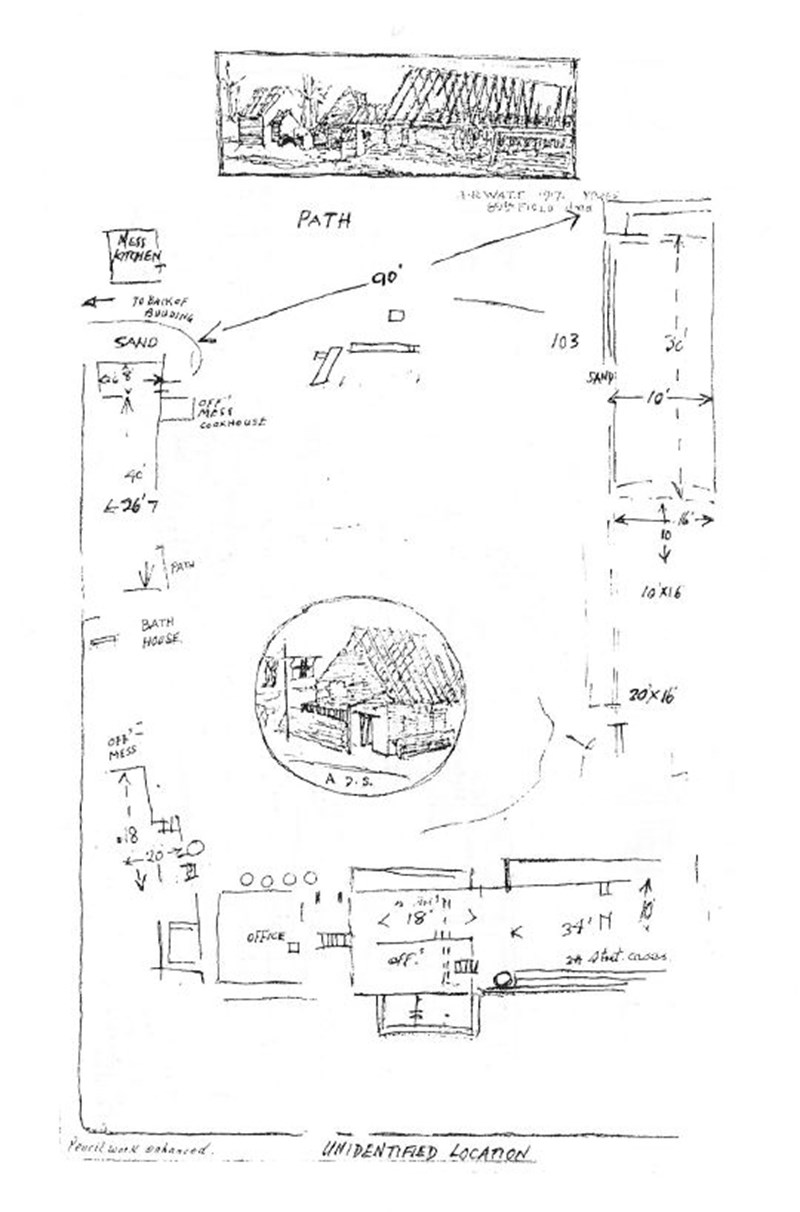 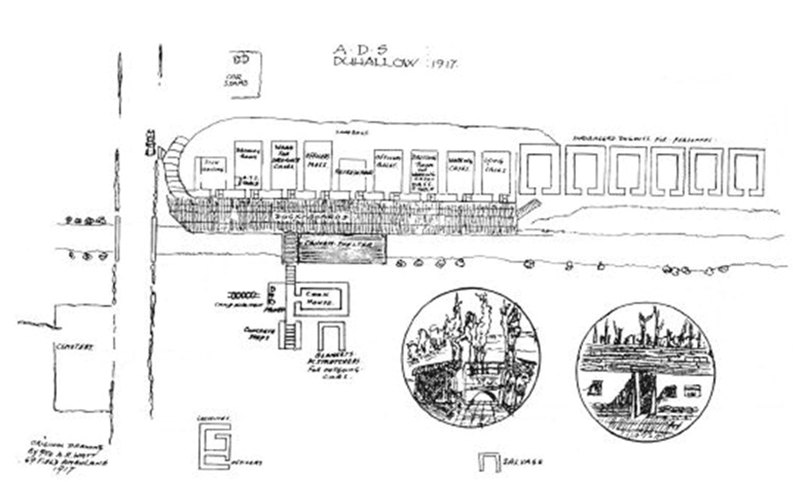 Readers will find the sketch below fascinating. 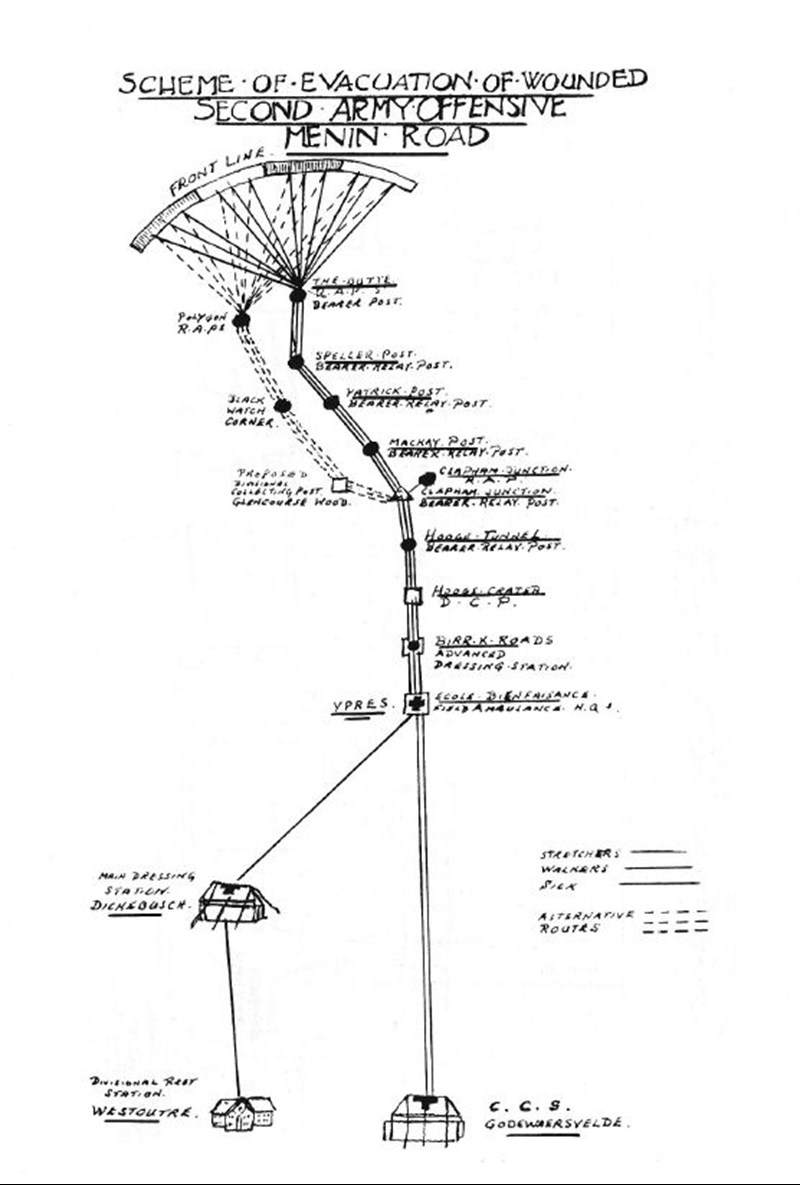 The drawing below (Ecole de Bienfaisance) is of a place that appears in the drawing above. 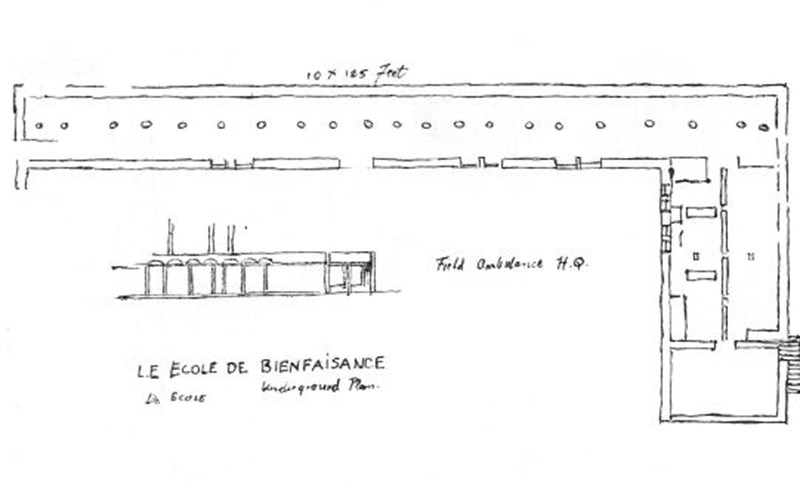 The claim about the tunnel in the drawing below being 'SEVEN MILES LONG' prompted Mr Spagnoly to ask can 'this be possible? I know the area is full of tunnels etc. from the Religious Wars of the Middle Ages. A photo in the Ypres Times circa 1931/2 shows a big collapse in the Menin Road up near Hooge and a large Underground shelter/First Aid Place'. 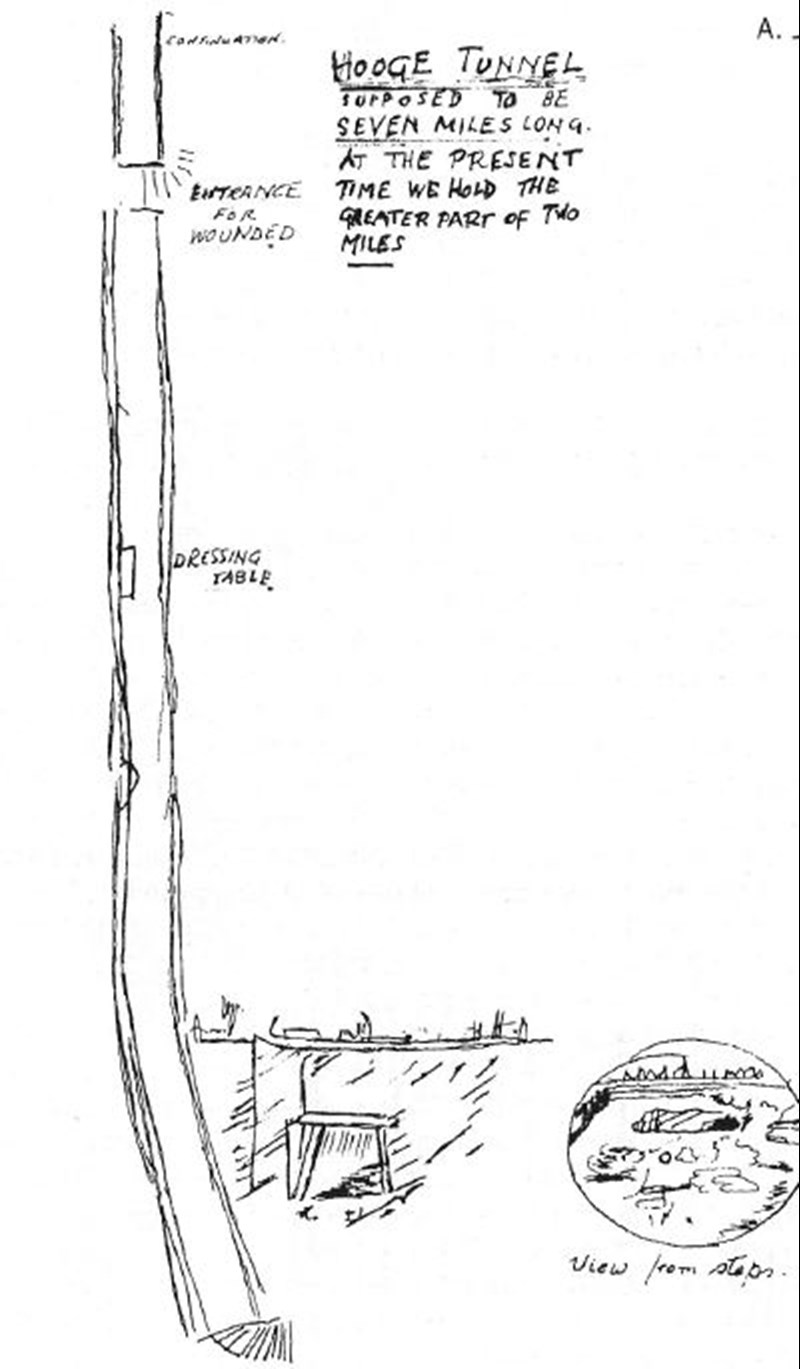 A drawing noted with the name 'Zillebeke' is shown below. 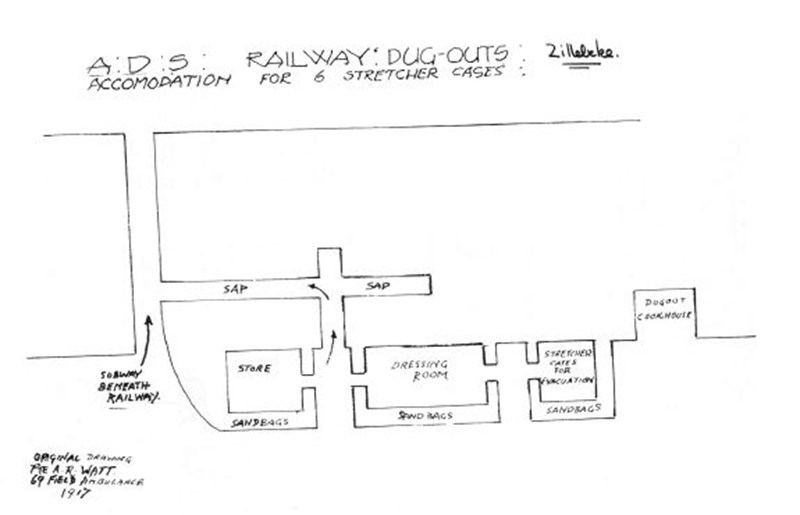 And finally a drawing and plan of the very famous Essex Farm bunkers is here. 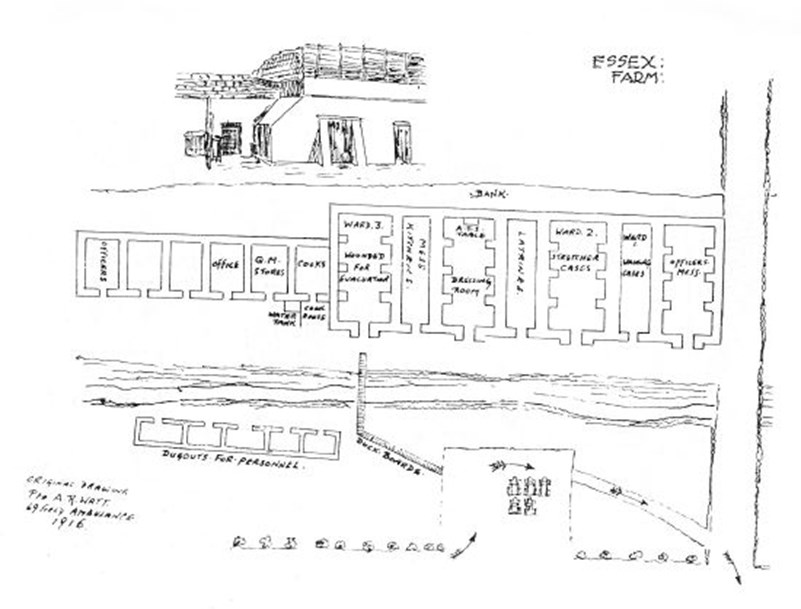 This was originally published in edition 53 which would probably have been produced in the early 2000s. The text has had to be edited to make sense of the images which appeared out of order in the original magazine.

All of the issues of Gun Fire are now available to WFA members via the Member Login. Joining the Western Front Association gives you access not only to the 59 editions of Gun Fire but also to all 110+ issues of the WFA's in house journal Stand To! and other archives too ].