Sir John Edward Fowler – the Last Repatriation from The Western Front in 1915?

By April 1915 the exhumation of bodies from the Western Front and their repatriation was banned. 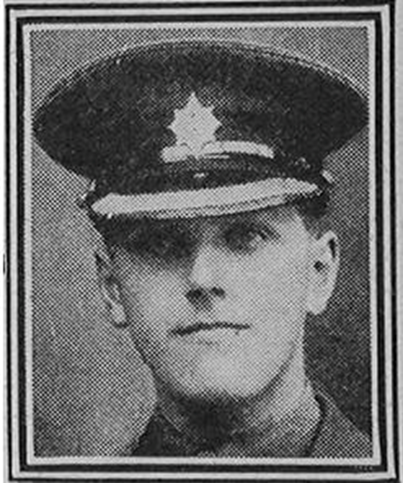 Historian Richard van Emden identifies the last ‘official’ case of repatriation of a fallen British soldier to be that of Lieutenant William Gladstone, the grandson of former Prime Minister William Gladstone. This took place in April 1915, nine days after he was killed in action on 13 April 1915.

An even later example is that of Sir John Edward Fowler, a Captain in 4 Seaforth Highlanders.

John Edward Fowler, was born on 21 April 1885, the elder son of Sir John Arthur and Lady Fowler. He was the grandson of Sir John Arthur Fowler, a civil engineer who designed many railways but was also the engineer in chief of the Forth Bridge, for which he received a Baronetcy, and who purchased the estates of Braemore and Inverbroom, situated between Garve and Ullapool in Ross-shire. 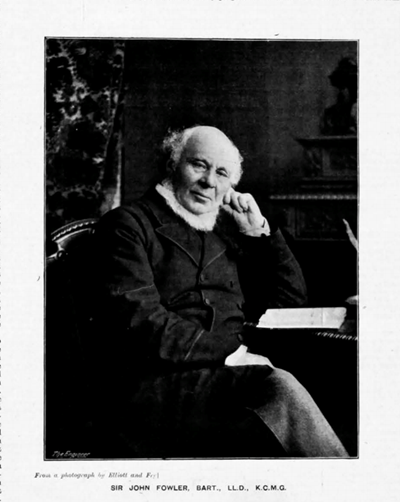 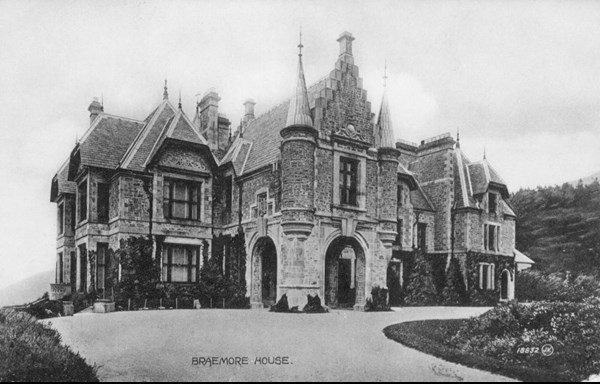 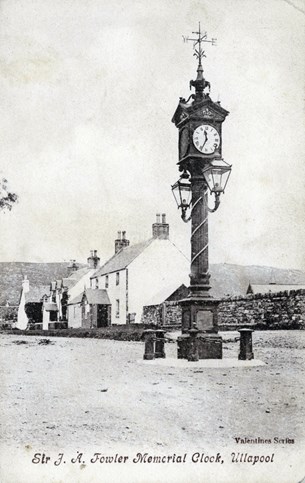 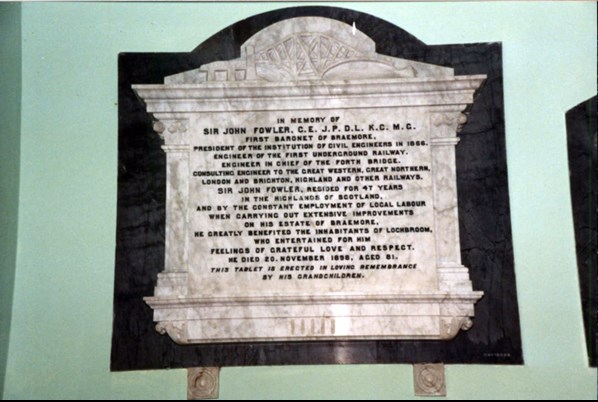 On his grandfather’s death in 1898, John’s father succeeded to the title but died in the following year. John Edward then succeeded to the title, at 14 years of age. Educated at Harrow and Sandhurst, Sir John Edward Fowler, the 3rd Baronet, joined 2 Seaforth Highlanders in 1904 and for three years he acted as Assistant Adjutant, and as Officer in charge of the Brigade Machine Guns. 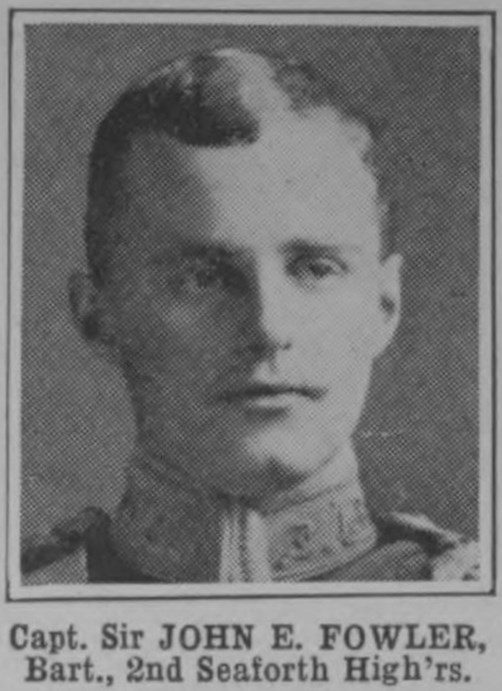 Above: Sir John Fowler as an officer in 2 Seaforth Highlanders

Local newspapers reported on the celebration of his coming of age in 1906:

‘The fact that Sir John had adopted a military career, and particularly that he is a lieutenant in the gallant Seaforth Highlanders, so closely identified with the county of Ross-shire, has intensified, if that were possible, the warm feelings of attachment felt by the people towards him. They will follow with keen interest and confident anticipation his service with the distinguished Seaforths’.

Sir John held a Commission in the Royal Company of Archers and acted as Aide-de-Camp to the Lord High Commissioner of the Church of Scotland at Holyrood in 1907 and 1908. In October 1913, he was seconded as Adjutant of 4 Seaforth Highlanders, the first Highland Territorial Battalion to serve in France. 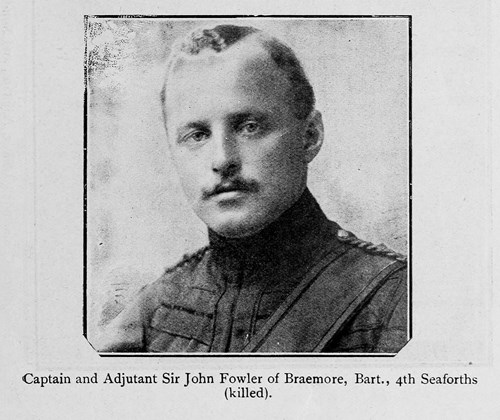 After two months' training at Bedford, the Battalion went to the Front in November 1914, where they joined the Dehra Dun Brigade in the 7th (Meerut) Division. 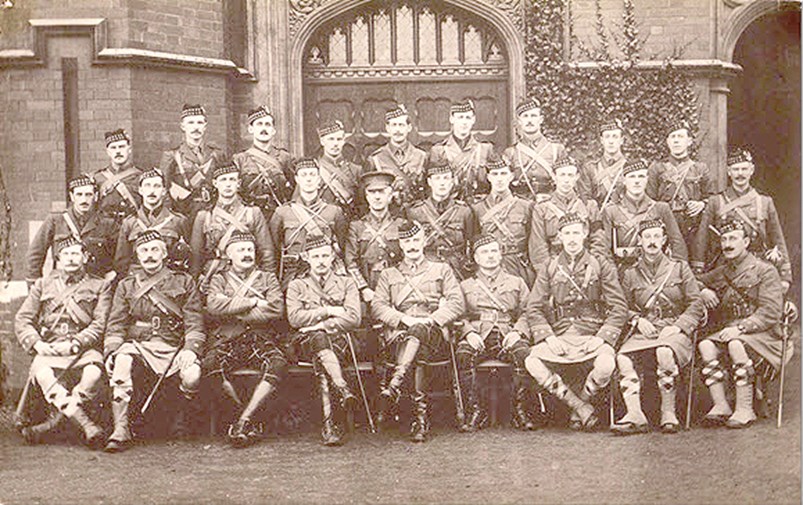 Above: Captain John Fowler, 4 Seaforth Highlanders, is pictured 4th from the left in the front row. Photo – The Men of Lochbroom

The Battalion took part in an engagement at Festubert in the following month, and in the Battles of Neuve Chapelle and Aubers Ridge in 1915. In June 1915, Captain Fowler had to return home for a short visit on urgent family business and only returned to France three days before his death.

The Battalion Chaplain, the Reverend John McLeod, would later recount time he had spent with Captain Fowler on the eve of his death:

‘…I spent two hours with him in that dugout where he next morning met his untimely death; and now as I call up a vision of him there, I see the kindly and attractive face, the keen and pleasant eyes, the striking profile, the versatile attainments of the comrade who hated war, but whose nurture and education had taught him ideas of a man’s proper duty to his country, and who fearlessly and steadily discharged his task to the end. On occasions, he felt the weariness of it all – and who has not! “I think” he said on this last occasion I met him, “I think my days are numbered; I shall soon die”’.

Captain Fowler was killed in the trenches on 22 June 1915, near Richebourg I'Avoue. Newspaper reports on his death indicate that he was enjoying a cup of tea with his Colonel when a bomb fell on their dug-out. After the explosion, the Colonel found him lying dead. The War Diary simply states ‘Captain Sir John Fowler killed by a shell this morning’.

He was later mentioned in Sir John French's despatch of November 1915 ‘for gallant and distinguished conduct in the field.’ The official expression of ‘the King's high appreciation of these services’ was received by his family on March 28th, 1916.

Sir John had written his will on 16 June 1915 indicating:

‘…I desire to be buried in the family burial ground at Foich, but if my mother decide that this is not a convenient arrangement, or that it entails undue expense, I leave her to decide where my burial shall be, and direct my trustees, in the event of my being buried elsewhere, to place a ship’s anchor, weighing 2 cwts or thereby, in the family burial ground at Foich, and to engrave thereon my name, date and place of birth, but no other memorial or stone shall be erected’.

The arrangements for a funeral service in France and thereafter for the repatriation of the remains were made by Lieutenant-Colonel Cuthbert DSO who was serving in France. The coffin was accompanied to England by the Chaplain to the Meerut Division, with the family receiving only 36 hours’ notice in which to make arrangements.

A local newspaper reported on the return of Sir John’s remains at Inverness railway station:

‘… a handsome oak coffin covered with the Union Jack, on which were placed the dead soldier’s sword and bonnet, were received by a guard of honour of eighty men from the 2/4th Seaforths at Fort George, and a firing party from the battalion, with pipers and buglers, were also waiting on the platform. A procession was formed to the station entrance, the pipers playing ‘The Flowers of the Forest’’.

The body was then conveyed in a Red Cross motor waggon from Inverness to Inverbroom House where a great many people had gathered to pay their respects. The funeral service was held on the lawn at the House before the funeral procession made its way to the private burial ground at Foich. 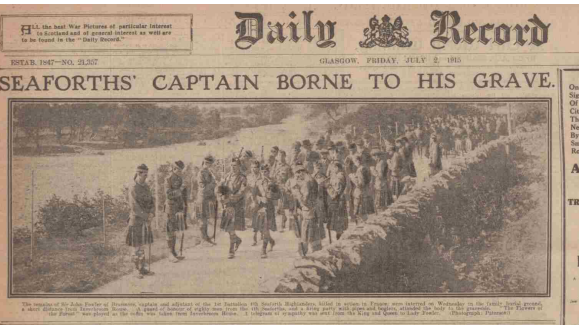 Several hundred mourners attended the ceremony, with the floral tributes described as ‘impressive’, including a large red, white and blue Saint Andrew Cross from the Officers, NCOs and men of the Seaforth Highlanders. 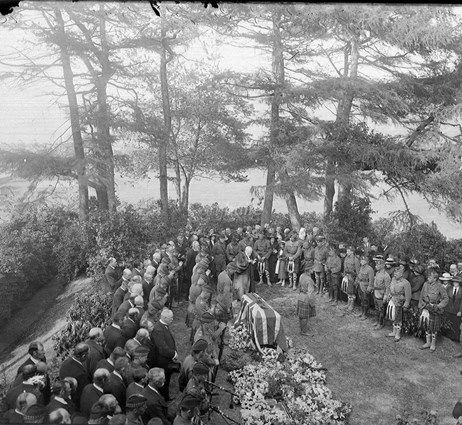 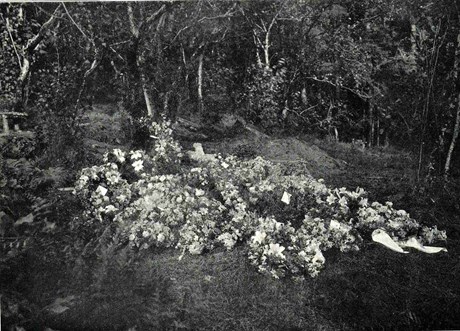 Above: The grave then and below, now. It is in a remote spot some miles south of Ullapool The anchor can clearly be seen. Barely two months earlier, his younger brother, Captain Alan Arthur Fowler, had been killed at Ypres whilst serving in the 2nd Cameron Highlanders. He had received his commission in 1907, joining his regiment in South Africa and then going to China and India. He returned to England in November 1914, leaving for France three weeks later. He was killed at Hill 60 by a minenwerfer bomb, alongside his subaltern and several men. 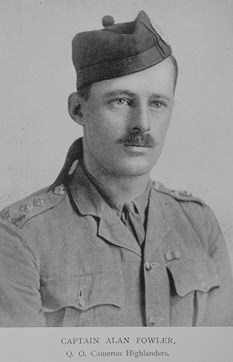 He is commemorated on the Menin Gate Memorial at Ypres.

Although there are some repatriations from Egypt noted in 1916, it is possible that the repatriation of Captain John Edward Fowler was one of the last from the Western Front during the war.