Tragedy and Heroism in the Davidson Family in March 1916

On 28 March 1916, a pharmacist in Montrose, Scotland, dropped dead. The man’s wife duly wrote to the War Office to ask if her eldest son, Ronald, could be granted a short compassionate leave to come home from the Western Front and sort out his father’s business affairs as her two other sons were still of school age. Tragically, the widow’s appeal must have crossed paths with a telegram that was coming the other way, one that arrived the following morning to inform her that Ronald had been killed in battle on 27 March.

Captain Ronald Riach Davidson had died at St Eloi, Flanders, just 24 hours prior to his father’s fatal heart attack. He had only recently passed his 20th birthday when he was killed by a solitary German shell as he approached the trenches near a spot labelled ‘Shelley Farm’ on British maps.

“It always seems so ironical that one shell out of the heavens at an otherwise calm period can seek out and destroy valuable young life, but this was a scenario played out all too frequently during the tragic war years,” wrote Western Front Association stalwart Tony Spagnoly who  unearthed this story and shared it in an article in the Association’s member magazine Bulletin in February 1990. 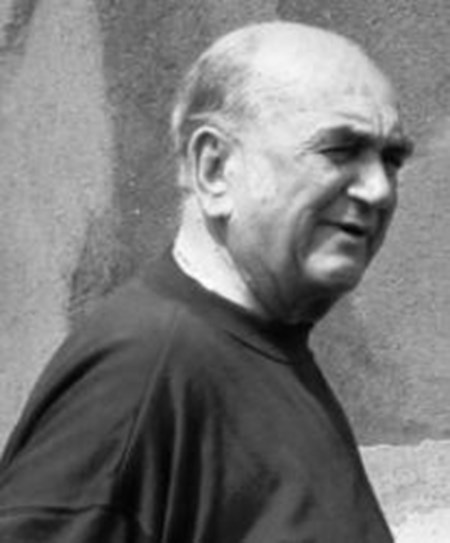 Above: The Western Front Association stalwart Tony Spagnoly who died in 2008 and researched this story.

As we continue to mark the 40th anniversary of the WFA, it is worth reflecting on the fact that the research of members has always been at the heart of everything the organisation does. What follows is based on Tony’s original research…

Ronald Riach Davldson had been born in Montrose on Christmas Eve 1895 and was the eldest son of town pharmacist Alexander Davidson. His family circumstances were more than comfortable for the period, with a happy home environment headed by his devoted mother Jessie and two younger brothers and a sister (Harold, Gordon and Bessie).

A bright child, Ronald attended the Montrose Academy, which was the most prestigious seat of local learning. Described as 'extremely bright' by a contemporary, he was awarded the James Duke Medal in 1913 at the age of 17 for being a ‘distinguished scholar’ and later the same year was named the best student at the academy. Ronald was reading Arts at the University of St Andrew, Edinburgh, and had already become a member of the Officer Training Corp when war broke out. He immediately volunteered his services and gained a commission with one of the early service battalions, the 12th Battalion of the Royal Scots, which was training in the Edinburgh area. 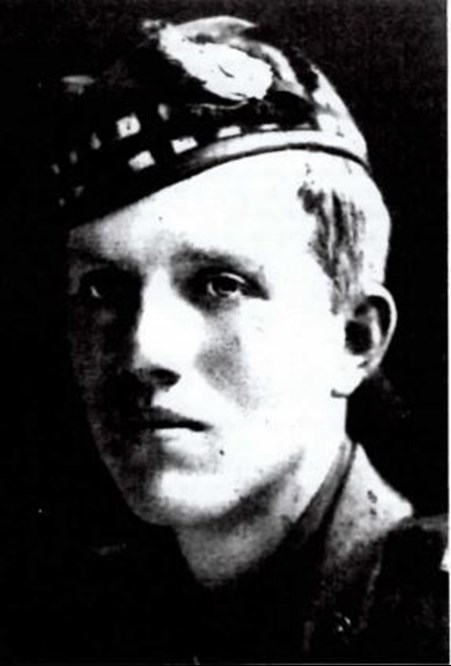 In May 1915 Ronald was sent to a replacement depot for officers and the following month he arrived on the Western Front as the British Expeditionary Force sought to replace the high losses among its junior officers during the recent Second Battle of Ypres.

Ronald was sent to the 2nd Battalion of the Royal Scots, which had just suffered 150 casualties during a 25-day stint in the line at Hooge - a key obstacle on the German advance to Ypres. Posted to C Company he was to receive a baptism of fire when the battalion returned to Hooge in July and was caught up in frenzied fighting around Hooge Chateau and stables following the explosion of a mine by the British.

The young platoon officer was said to have acquitted himself well and tours of dangerous parts of the St Eloi line now followed, including a position called ‘The Bluff’ near to the Comines Canal. On September 25 he faced his biggest challenge yet, when the battalion became part of a major attack to run along the line from Sanctuary Wood to Hooge – the plan being to tie-up German resources and distract them from a major new offensive being launched by the British further south at Loos.

Ronald’s company was heavily engaged at the most critical point on the right of the line (near Maple Copse) and, after coming close to being cut off, managed to fight its way out through three German trenches - taking 116 prisoners in the process from the XV Prussian Corp. After several days of heavy fighting the battalion had lost 100 men killed and missing, including Ronald’s company commander Captain Stewart, as well as 160 wounded.

The depleted battalion was sent to a dire and muddy camp south of Ypres near the village of Reninghelst. This was where they would winter in relative security from the enemy’s guns. During this period, on December 6 - just six months after joining the battalion - Ronald was promoted to the rank of ‘Acting Captain’. He would start the new year, 1916, by leading his men into positions back in the dreaded St Eloi sector. 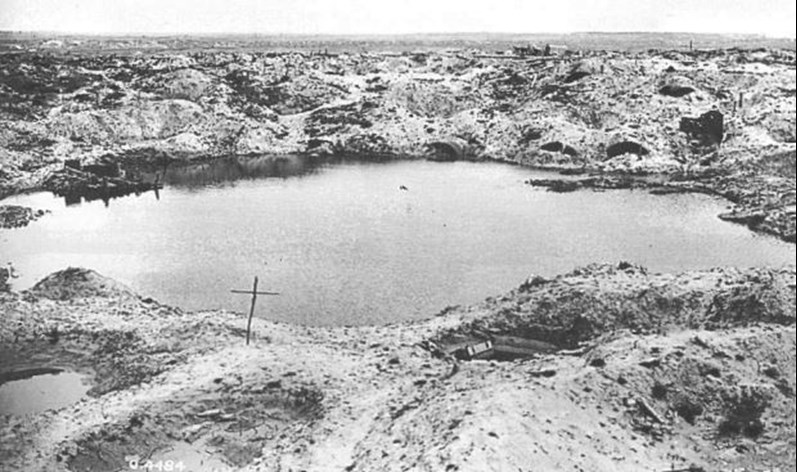 The battalion was based in Voormezeele in a sector dominated by what was referred to as ‘the Mound’: an artificial spoil of brick-stacks in the German line which gave them commanding views of the whole sector. After a spell in March at the Bluff, the 2nd Battalion Royal Scots were put in reserve for a major offensive (planned for March 27) to destroy ‘the Mound’ via the explosion of five mines and associated infantry attack. 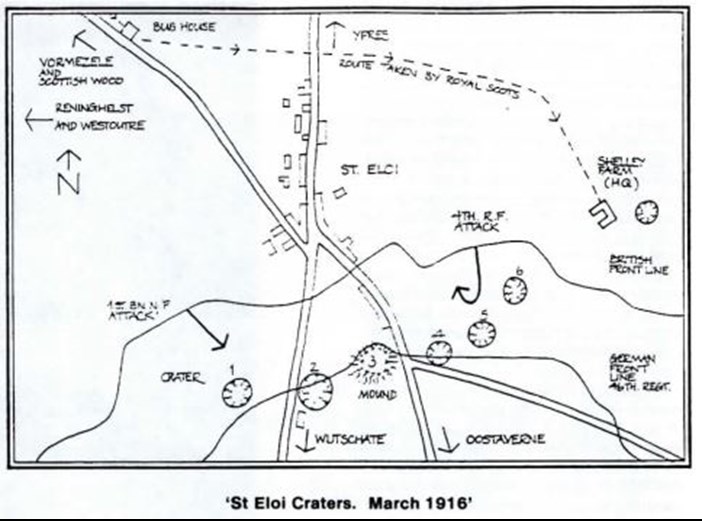 Above: A map drawn up by Tony Spagnoly of Davidson’s last movements.

The venture succeeded in destroying ‘the mound’ and taking many of the enemy front-line trenches, but problems developed courtesy of a German counterattack in the area around Shelley Farm. Captain Ronald Davidson and the 2nd Battalion Royal Scots were on their way forward to help at 7pm when a lone German shell landed in the field they were crossing and killed Ronald, a fellow officer and three other ranks. Nine-months of distinguished service had come to an end.

The five dead were brought out of the line with the rest of the battalion just 24-hours later and Ronald buried, with full honours, at Reninghelst New Military Cemetery. 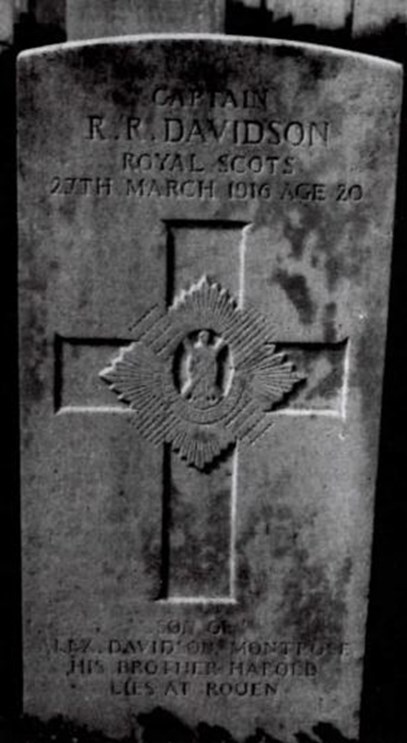 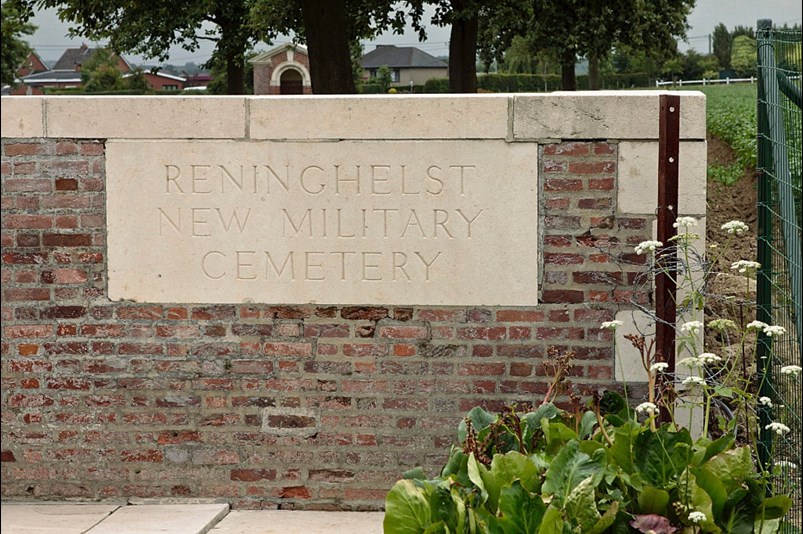 Above: Reninghelst New Military Cemetery where Capt Davidson is buried.

If the Davidson family had not suffered enough already during the war period, the middle son, Harold, would die of serious wounds suffered in action with the London Scottish in August 1918 at Bullecourt, France. Like his brother Ronald, he too was just 20 years old when he died, and today he lies in the large military cemetery in Rouen. 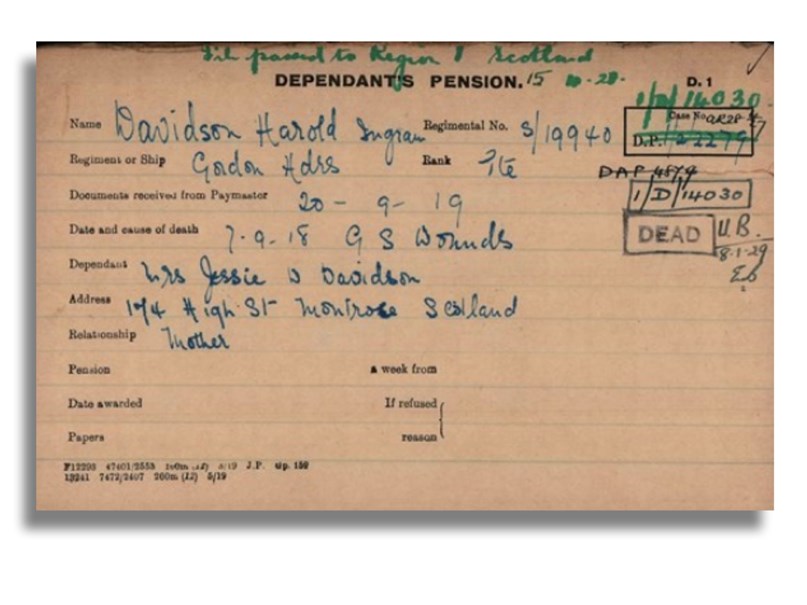 Above: The Pension Record Card for Harold Davidson - the CWGC entry tells us he was 'attached' to the London Scottish. He is buried at St Sever Cemetery Extension, Rouen.