The Western Front Association are pleased to share the excellent news that Ancestry will be making publicly further Pension Records in the lead up to the 11th November 2018.

Ancestry are working hard on the scanning and digitisation of the Pension Record Cards and Ledgers that The Western Front Association saved from destruction. As with the the Naval and Mercantile Cards, which have already been made public, these will appear on 'Fold 3' of the Ancestry platform.

Briefly, these ledgers - numbering in excess of  1.5 million - confirm pensions paid to the next of kin of deceased soldiers (and sailors and airmen) or - if the combatant survived, the pensions paid to the men themselves. In the latter case, these often make exceptionally interesting reading as they provide details of injury (wounds, illness) to the man plus his regimental details (unit, regimental number) as well as him home address. On the reverse of the ledger are often details of his post-war medical boards when improvements to his injuries were potentially noted (which almost certainly involved a reduction to the pension awarded).

Note - throughout this articles the images not to scale. 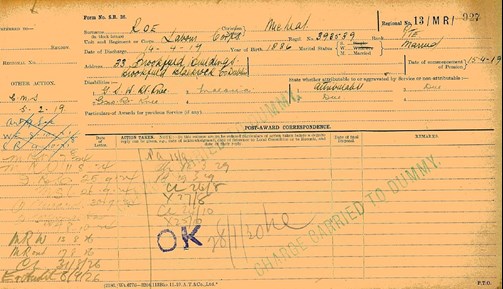 These ledgers will be able to be cross-referenced to cards that Ancestry are currently scanning and tagging - it is believed that back in the 1920s - when these records were created - the cards and ledgers were linked together by complex codes which now - nearly 100 years later - are only partly able to be interpreted. Through the modern digitisation of these records, it is hoped that multiple records for the same individual will be able to be accessed even if the historical 'codes' fail to link the records together.

The ledgers that Ancestry will soon be publishing relate to soldiers who survived the war and those that were killed. The first example, below, is for a Michael Gallagher who - although he may not have had physical injuries, was probably traumatised as a result of his war service. 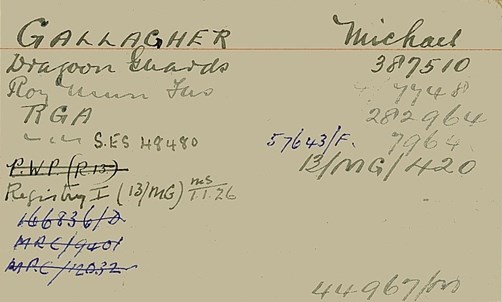 Michael Gallagher (Dragoon Guards, Royal Munster Fusiliers and RGA) survived the war. The reference on his card (13/MG/420) leads us to his ledger (Fig 3 below) which tells us his address (in County Clare) and that he suffered from Melancholia. It also tells us much further information, such as that he was residing in Plymouth in 1921 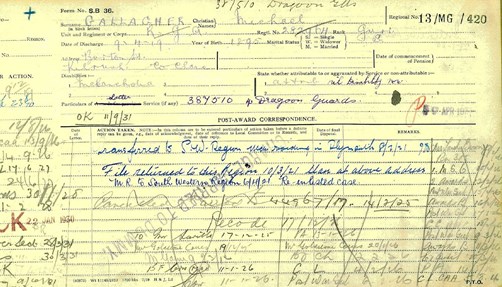 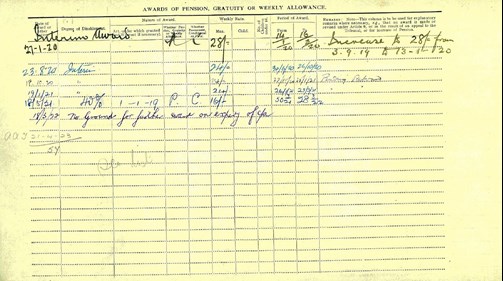 Fig 4 Ledger for Michael Gallagher (reverse). This details six post-war medical boards which provided details of his pension and that he was '40% disabled'.

The second example is for Private Albert Smith, who was killed in action on 22 March 1918. 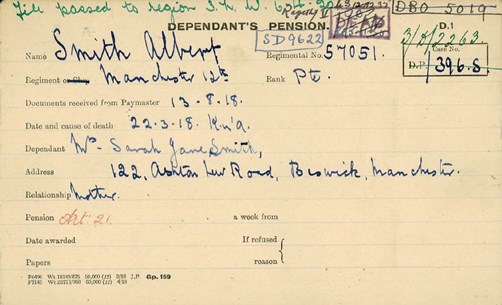 Fig 5 the Card for Albert Smith. Note the reference 3/D/2263 which appears here and across the following documents.

Albert is commemorated by the Commonwealth War Graves Commission on the Arras Memorial France. There is no next of kin detailed by the CWGC which makes this card all the more important. His address (or that of his parents) being 122 Ashton Low Road, Beswick. This is the first of three records for this fatality. 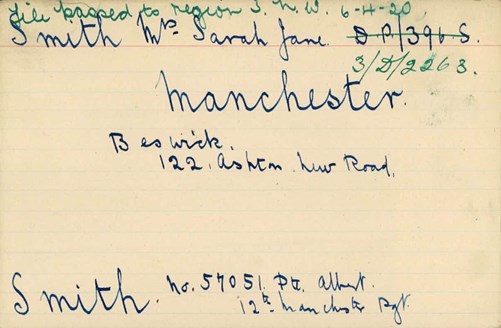 Figure 6 The 'next of kin' card cross referring Albert to 'Sarah Jane' (his mother) who (from the ledger below in Fig 7) can be seen to have died in 1919. 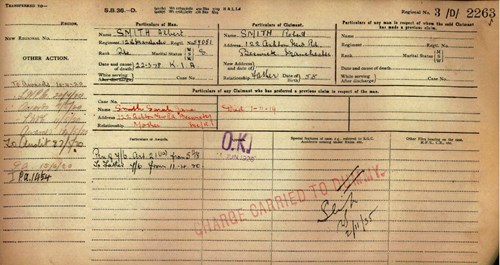 Fig 7 The Ledger for Albert - this also detailing his father, Robert.

Further news of this important development for everyone interested in undertaking research on people who were part of the First World War story will be shared with Western Front Association members in the lead up the Armistice anniversary.