Hooge in the the ‘Wipers Times’

The Wipers Times was published by soldiers fighting in the front line. It was produced by British soldiers from the 12th Battalion Sherwood Foresters (Nottinghamshire and Derby Regiment) of the 24th Division.

In early 1916, the 12th Battalion was deployed in the front line at Ypres and Captain F. J. Roberts and his men came across an abandoned printing press. A sergeant, who had been a printer in peacetime, reckoned it would still work, salvaged it and printed a sample page. Roberts then had the extraordinary idea of producing a newspaper, right there on the front line, despite what he called, with characteristic understatement, “the attention of Messrs Hun and Co”. (No. 1 Vol. 1 Saturday 12th February, 1916) “It was probably not the most sensible decision in a war zone, but it turned out to be inspired.”(1) The paper itself was named after one of the British soldiers’ pronunciations of the name of the town, Ypres. (The other was ‘Eeps’)

The names of the soldiers involved in making the paper are unrecorded in The Wipers Times. The editor was Captain (later Lieutenant-Colonel) F. J. Roberts (Frederick John Roberts), MC, the sub-editor was Lieutenant (later Major) J. H. Pearson (John Hesketh ["Jack"] Pearson), DSO, MC. Gilbert Frankau, a Lieutenant in the Royal Field Artillery (later, novelist and poet) is known to have been a contributor. It is possible that Second Lieutenant R C Sherriff (later, playwright and author) 9th East Surrey, 24th Division was also a contributor. Roberts stated in the 1930 edition of the collected Wipers Times that it seemed wrong that he should write the Preface when his Division had such literary stars as Gilbert Frankau and R C Sherriff. In his autobiography ‘No Leading Lady’ (pub. Gollancz 1968) Sherriff makes no mention of the Wipers Times although stage directions and early dialogue for his play ‘Journey’s End’ (first performed in 1929) are very similar to a sketch ‘More Mud than Glory’ that appeared in the BEF Times of 15 August 19172. Perhaps, the most famous of the paper’s illustrations was the engraving by Sapper E. J. Couzens of a chinless platoon commander clutching his cane and wondering "Am I as offensive as I might be?"

Contributors from the Division used pseudonyms for characters who featured in the newspaper: some now obscure; some intended to satirize contemporary newspaper pundits such as ‘Teech Bomas’ (William Beach Thomas of the Daily Mail, ‘Belary Helloc’ (Hilaire Beloc); and some ironic, such as P.B.I. (Poor Bloody Infantry). ‘Cockles Tumley’ was the unscrupulous journalist, magazine proprietor and vocal ‘Hun-hater’, Horatio Bottomley). Cocles was the surname of Horatius who saved Rome by defending a bridge. Somebody working on the paper evidently had some classical knowledge, though Bottomley was anything but heroic!(3) Herlock Shomes is the first pseudonym used in the articles quoted below.

The paper consisted of poems, reflections, wry in-jokes and lampoon/send-ups of the military situation the Division was in. In general the paper maintained a humorously ironic style that today can be recognised in satirical magazines such as ‘Private Eye’. “It is also very rude about senior officers, the home front and the organisation of the war. It is Blackadder for real ….”4

“In one of his most powerful poems …. Siegfried Sassoon wrote of ‘the hell, where youth and laughter go’ …. We have become so convinced of the hell that we have forgotten that there could also be laughter. Indeed, it was the laughter – the mockery, the jokes, the cocking of the snook at authority, the leg-pulls, the puns, the catchphrases, the songs and snatches, the limericks, the earthy wit – that made the hell tolerable ….’5 (but only, perhaps) to the soldier readers of The Wipers Times, aka the ‘PBI’ (See above.)

In fact, only four editions were issued under the original title, then the title changed as the Battalion moved around the British sector of the Western Front. It became The New Church Times in April 1916 when it was printed near Neuve Eglise, then The Kemmel Times and The Somme Times. Next it became The BEF Times for eleven editions and finally, and appropriately, The Better Times for the last two editions printed in November and December 1918. However, all 23 editions are commonly referred to as The Wipers Times.6

There were other trench ‘newspapers’ and they appeared in every theatre of the war. The Royal Naval Division produced the Dardanelles Dug-Out Gossip, re-titled when the Division was transferred to France as The Mudhook. “Troops in Salonika produced The Balkan News, which in one edition printed an item to the effect that a large vessel had been recently unearthed (not entirely incredible in an area where digging trenches often brought up archaeological remains) bearing the curious inscription:

Readers may have encountered this one before, so, perhaps a translation is not necessary.

Clickety Click was a late arrival on the scene, courtesy of the Royal Air Force …. The 23rd Division boasted a particularly successful annual publication called The Dump …. with a penchant for the pungent limerick:

I once asked a Choleric Colonel

To write something short for this jolonel.

But I’m sorry to tell

He confined me to regions infolonel. (7)

But it is The Wipers Times, well-written and edited, that has emerged as the undisputed leader of this collection of extraordinary journals. Its editor and sub-editor “ …. Roberts and Pearson fought right through to the end of the war, survived some of the fiercest fighting and doggedly kept going until they could optimistically retitle their newspaper ‘The Better Times’. But they found that peacetime Britain was ‘no place for heroes’ and, sadly, no place for them. Roberts tried to get into journalism but was disappointed and turned to prospecting, ending up in Canada. Pearson went to Argentina and worked on the railways before marrying a local woman and inheriting a hotel. Pleasingly they both made it to a ripe old age and died in the 1960s*, though neither received an obituary or any recognition of their achievement.” (8)

The extracts below are in chronological order of their having been printed. All mention the area around Hooge, 4km to the east of Ypres on the Menin Road – and easily accessible by visitors to Ypres. Hooge was a small village in 1914 and was totally destroyed by the end of the war. Flamethrowers were first used here by the German army and poison gas was also used in large quantities. It was reckoned by many British soldiers to be the worst area in the British sector of the Western Front.

Herlock Shomes at it Again

SHOT IN THE CULVERT*

*’THE CULVERT’ = a dugout next to, and partly under, the Menin Road – see extract from battlefield map below for location. 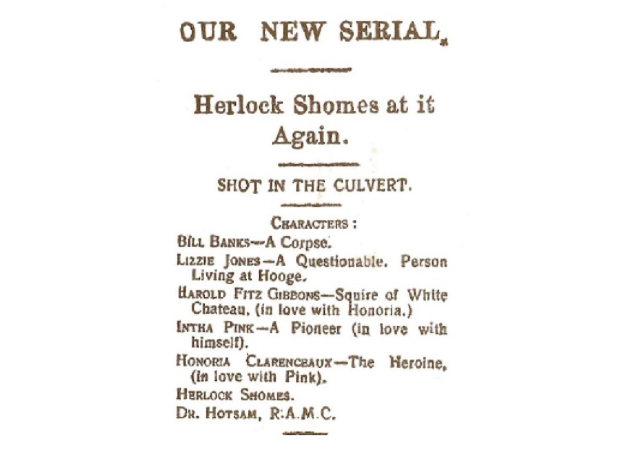 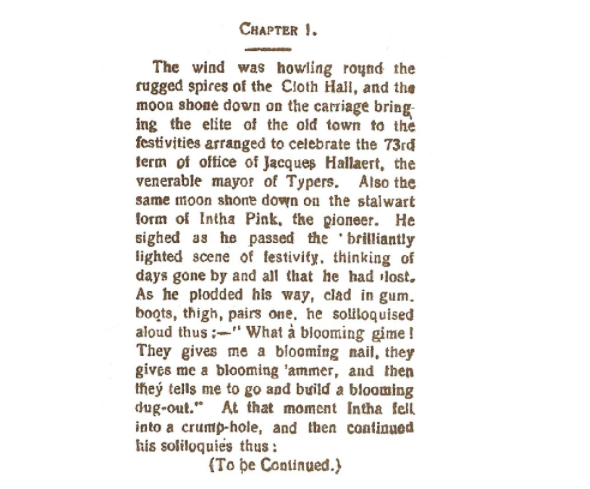 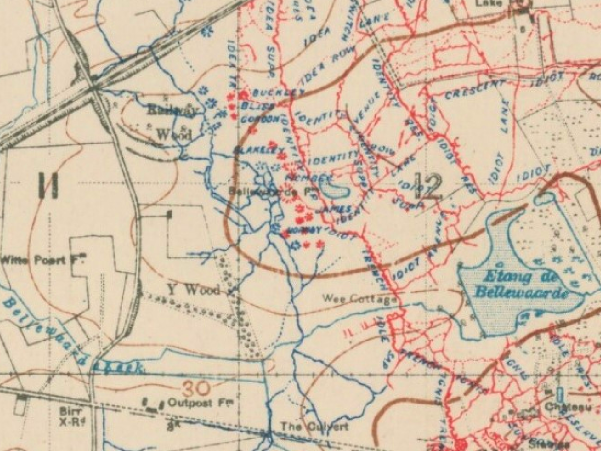 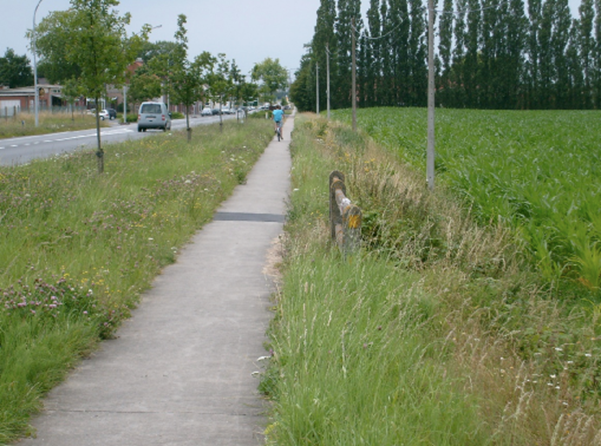 At the Culvert on the Menin Road – looking west towards Ypres. The Culvert is immediately to the right of the concrete fence in the middle of the photograph and a couple of metres down. 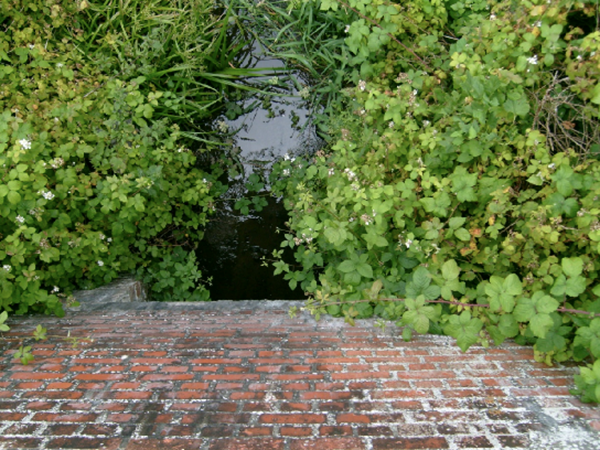 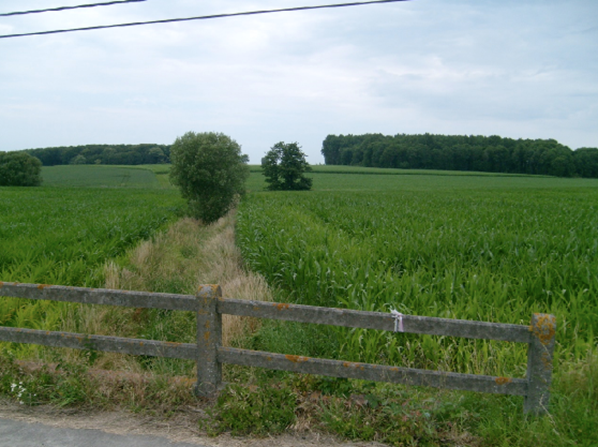 The report of the Spring Handicap is actually a satirical account of a German gas attack along the Menin Road, ‘the much fancied’ “Chlorine”, “Fritz”, “Whizz-bang” and “H.E.” being the German runners. Did an over-strong “East Wind” disperse the German gas? “East Wind” was reported as the winner! 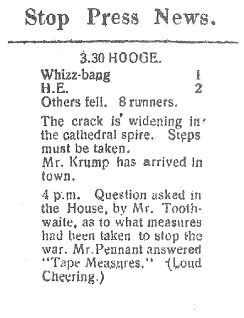 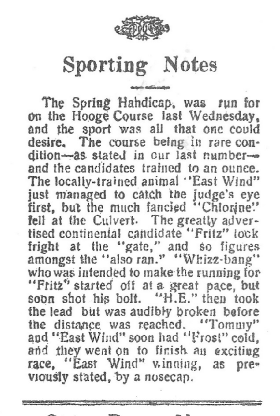 Herlock Sholmes at it Again 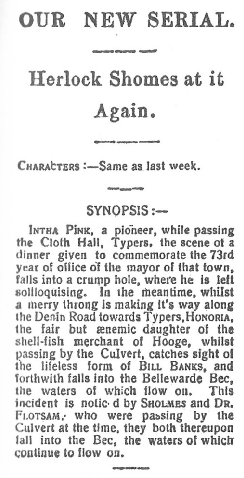 HOW THE PEASANTS LEFT HOOGE

‘Teech Bomas’ = William Beach Thomas, a ‘Special Correspondent’ with the Daily Mail. Beach Tomas had written an article in June 1916 reporting an incident in a German front-line trench. Its numerous inaccuracies clearly showed Beach Thomas’s ignorance and lack of experience of the trenches. Ivelaw-Chapman suggests that the writers of The Wipers Times reckoned he never got nearer to the front line than Amiens.9 Henceforth he was ‘sent up’ merrily by The Wipers Times’ ‘Special Correspondents’. After the war Beach Thomas was given a Knighthood for his services as a war correspondent and lived on until 1957.

‘Hotel des Ramparts’ = the rampart walls of Ypres where up to 3,000 British soldiers sheltered in ‘casemates’ – chambers inside the walls. For a while, in one of these casemates, was the printing press of the Wipers Times.

3rd Battle of Ypres (began 31 July) – British advance down the Menin Road at Hooge. Haig is characterised as the ‘GENERAL MANAGER’ of the Company. 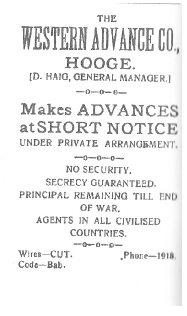 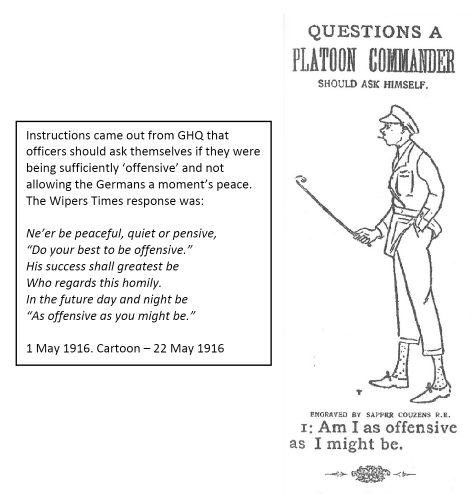 *Roberts died in Toronto, Canada, in September 1964. Pearson died in Argentina in 1966.

1 Ian Hislop, interview in the Radio Times before the screening of the play ‘The Wipers Times’ on BBC 2, Sept. 2013.

2 John Ivelaw-Chapman ‘The Riddles of Wipers – An Appreciation of the Trench Journal The Wipers Times’. First published 1997 by Leo Cooper, republished by Pen and Sword Military 2010. This is a profound, highly detailed, enquiry into the development of The Wipers Times. The author explores its place in the history of the war, its place in the lives of the men who fought in the British Army, and how it represented them (and those in authority over them) and also those who - from a safe distance - reported on the war for the press. Chapter 12, pages 142-144.

Appendix 4 – Trench Warfare at Close Quarters, pages 178-186 in Alan Clark’s The Donkeys, pub. Hutchinson 1961 (Mayflower-Dell paperback edition). The Donkeys has been heavily criticised by some academics for its faulty scholarship and we are all aware of Clark’s inability to identify the source of the quote which gives his book its title. Nevertheless, it would be unfair to dismiss this work of popular history out of hand. This movingly appropriate appendix consists of extracts from the diary of Captain F Hitchcock of the Leinster Regiment, which Clark came across while ‘working in another field’. They give an invaluably powerful and graphic description of conditions in the front line at Hooge in the summer of 1915. This appendix perfectly sets the background for the writing of The Wipers Times. 17 Leinsters, killed in 1915, are buried in Birr Crossroads CWGC Cemetery which is about 200m to the west of ‘Birr X Rd’ indicated on the battlefield map and about 600m west of Hooge. The Leinsters’ Depot was at Birr in what is now County Offaly in the Republic of Ireland