On 26 July 1917 the obsolete cruiser HMS Ariadne was minelaying in the English Channel, a role for which she had not been designed. 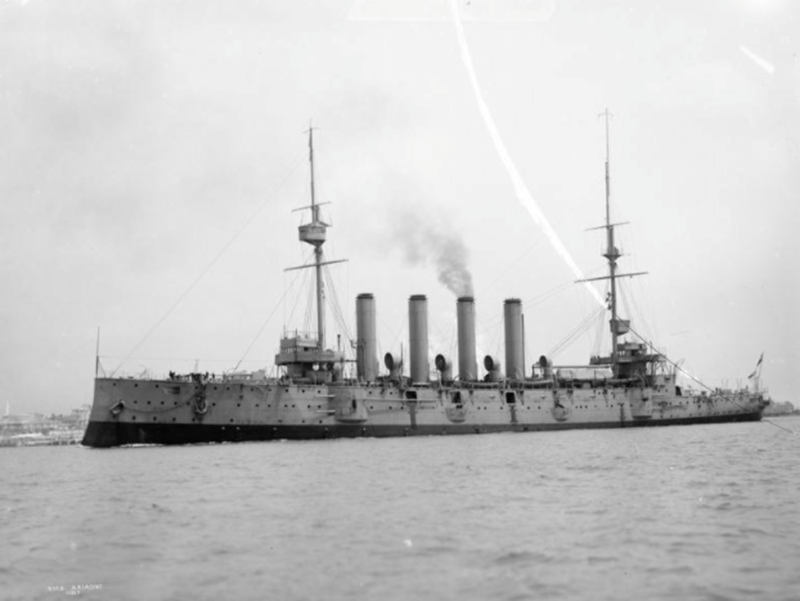 Ariadne was the seventh (by completion date) of a class of eight similar ships (the Diadem class) that had been designed for trade protection and intended to be "capable of dealing with any cruiser existing or building". Laid down in 1895 and 1896 and completed between 1898 and 1903 they were soon criticised for their indifferent speed, poor maneuverability, and lack of heavy guns. 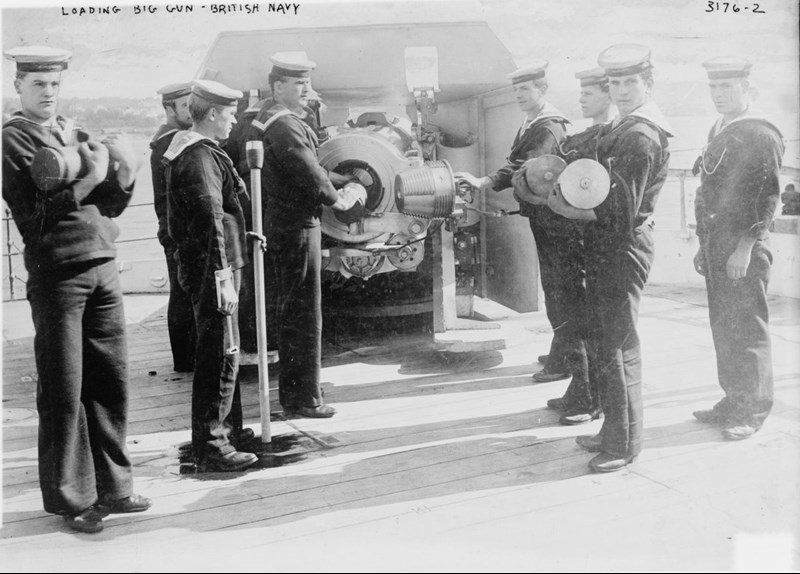 Sailors pose while loading a 6-inch (152 mm) gun aboard Ariadne circa. 1903. The gun's breach is open and sailors are holding the rammer, projectile, and propellant casings.

After 1906, they were rarely in commission, and by the start of the First World War the class had for the most part been relegated to training ship and depot ship duties.

Ariadne and her sister Amphitrite were converted into minelayers. It was while serving in this role that Ariadne was torpedoed in the English Channel, close inshore, by the German UC-65.

The loss of life on board was thankfully relatively low (due to her prewar crew of nearly 700 being vastly reduced for minelaying duties). The loss of life (38 in total) was much lower than the losses earlier in the month when HMS Vanguard blew up whilst at anchor.

Only a few of the bodies of the men who were killed in this incident were recovered, most are commemorated on the Plymouth Memorial.

One of those with a known grave is Tom Mounter, who is buried Kingsbury Episcopi Cemetery in Somerset. 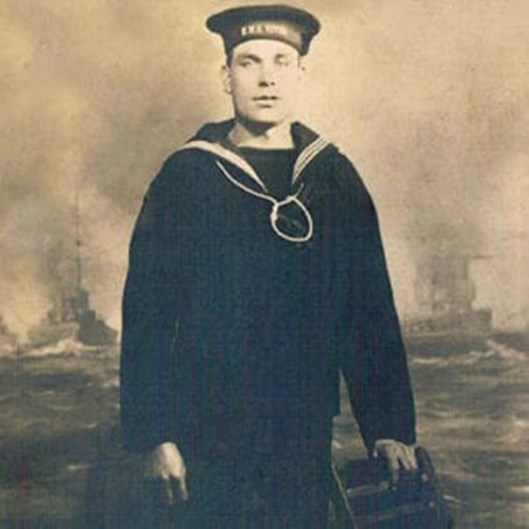 Above: Tom Mounter, courtesy of www.kingsburytimetravellers.org.uk 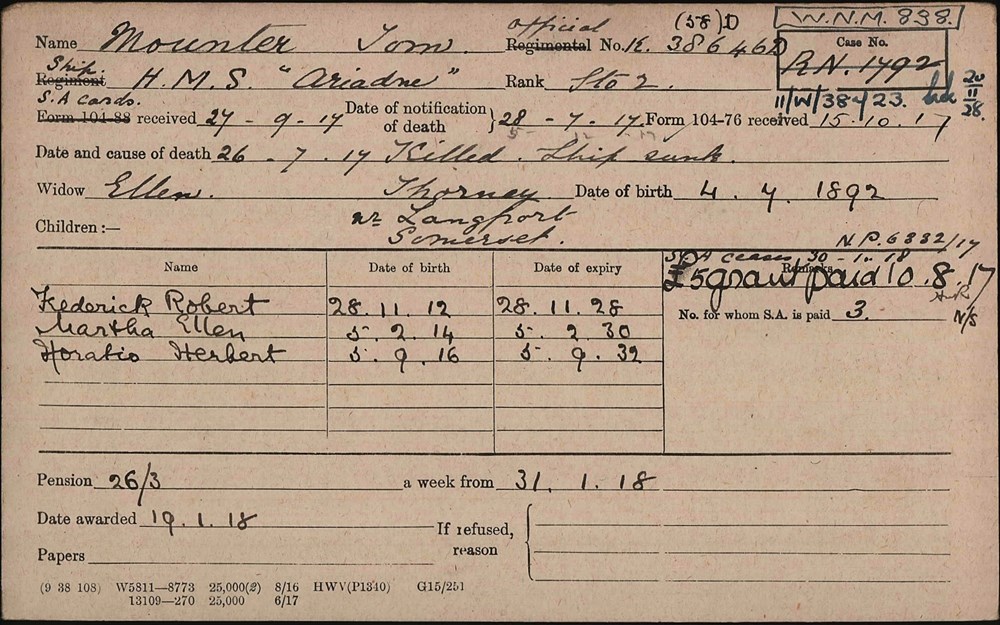 Above: The Pension Record Card of Tom Mounter.

Most of the Pension Cards of the crew can be located on the WFA's 'Library Edition' of Fold3, which include the card for Stoker Joseph Brown (see below). 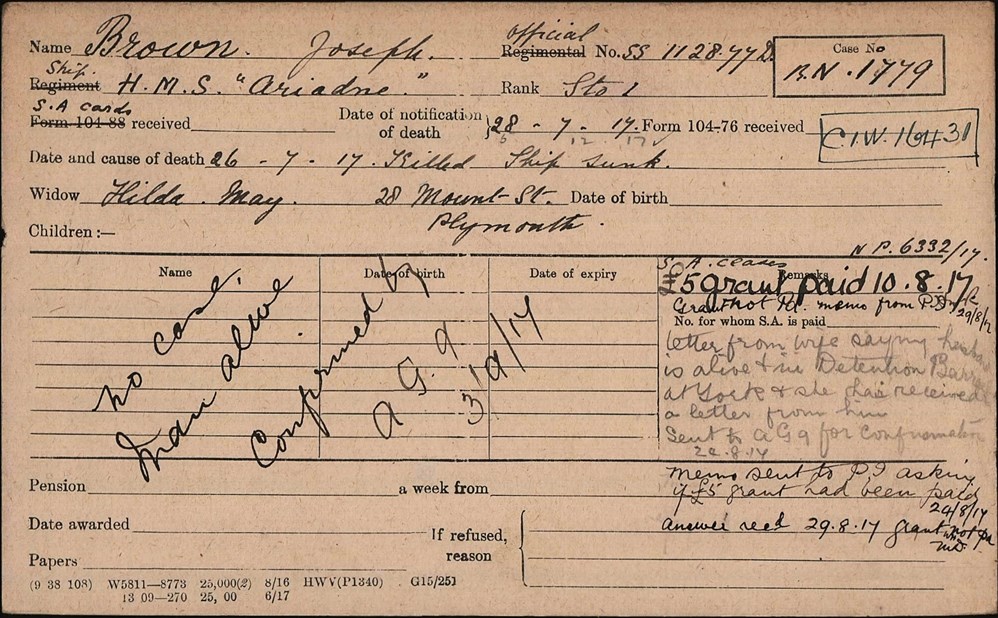 However, this is remarkable as written diagonally across the card is "no case" and "Man alive".

The text on the card suggests his wife wrote to the Ministry of Pensions saying her husband was in detention barracks at York.

Presumably whatever misdemeanor he had committed had saved his life.