RNAS Caldale, Orkney and the loss of two airships

Situated a couple of miles from Kirkwall on the island of Orkney in the Parish of St. Ola, Royal Naval Air Station Caldale (also known as Icarus) was home to four Submarine Scout Pusher (SSP) airships, engaged in anti submarine and mine spotting duties, as well as kite balloons. In November and December 1917, the Air Station suffered the loss of two of its airships – this resulted in the airships moving further south (where it was less windy). The airship station subsequently became the home for No. 20 Kite Balloon Base. 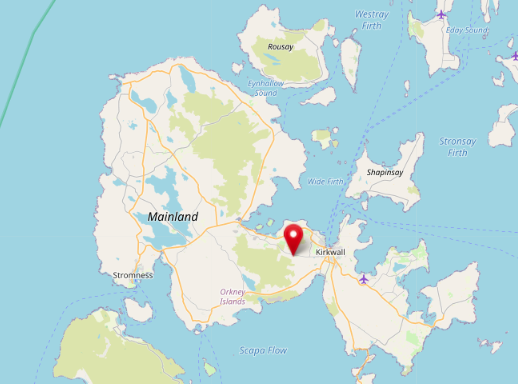 There were various classes of the Submarine Scout Class of non-rigidairship. The first craft – the SS2 – was constructed in 1915. These were effectively an aeroplane fuselage without wings slung below an envelope.

By early 1917, the SSP airships had evolved from the earlier classes of SS craft and called ‘pushers’ as the engine was at the back and ‘pushed’ the balloon along. The SSPs were manned by 2 or 3 men and also carried bombs and a Lewis Gun. Only 6 SSP craft were actually produced. 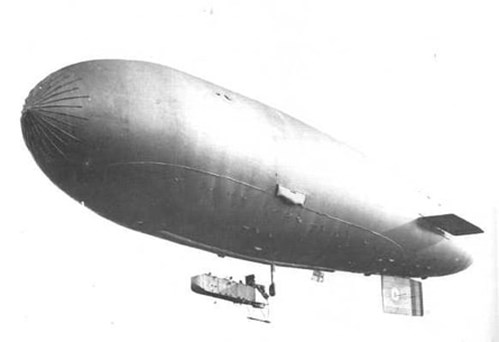 Above: SSP4 – one of the SSP class of airships based at Caldale.

The Caldale Camp comprised accommodation for around 200 men and two large hangars which housed the airships. 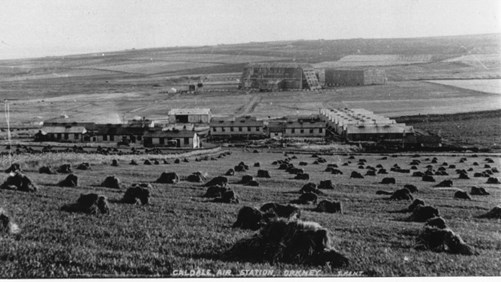 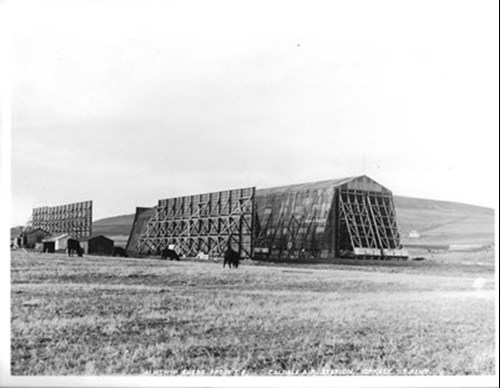 Above: the Camp at Caldale and the two hangars. Photos - Crashsiteorkney

It was commissioned in May 1916, with the first two ships to arrive being SS41 and SS43. The main problem in Orkney – particularly in the winter months – was wind. There are very few trees on the island but the location of the camp in a slight hollow provided some protection, with the addition of the wind breaks shown in the photograph above.

However, in the period of just one month in 1917, RNAS Caldale would lose 2 SSP airships and 6 men. The first of these losses occurred on 26 November 1917 when SSP2 suffered engine failure. It was seen from HMS Leopard to land in the sea and then explode. The three crew on board were the Pilot, Flight Lt. Edward Bourchier Devereux, Engineer Air Mechanic 1 Albert Edward Scott and Leading Mechanic Edgar James Wilson. 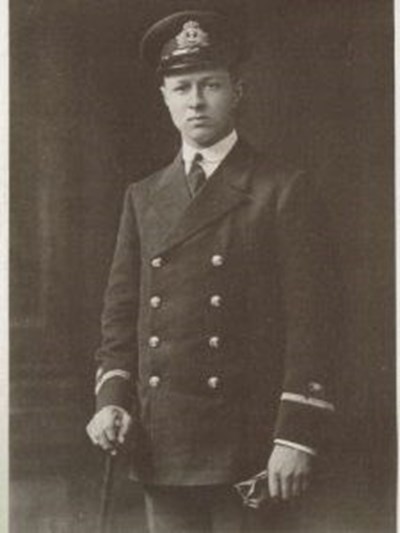 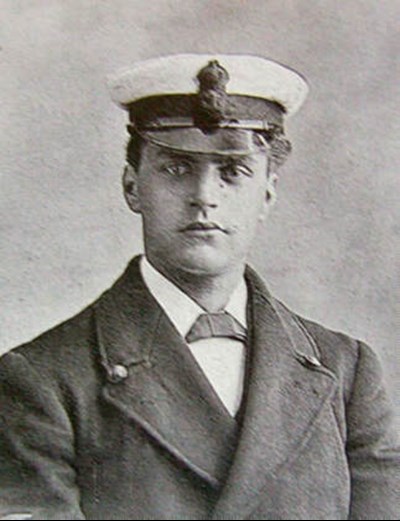 Edward Bourchier Devereux was born in July 1895 and became a Naval Cadet in 1908. After service on HMS Agincourt, he was posted to RNAS Caldale.

Albert Edwin Scott was born in June 1893 and enlisted on 1 June 1915. Edgar James Wilson was born in March 1895. He enlisted in April 1915.All are commemorated on the Chatham Naval Memorial.

Les than one month later, a further tragedy would hit the Air Station, with the loss of yet another airship – on this occasion, SSP4 , with Flight Commander William Horner Frith, Engineer Ernest Frank Anthony and Air Mechanic Rowland Charles Behn on board.

SSP4 had left Caldale for a routine anti submarine patrol at 5pm on 21 December 1917, with the weather reported as being ‘favourable’. Less than an hour later, SSP4 reported that she would be returning to base due to heavy snow. Further requests for information on weather conditions at the base were made by SSP4 but then problems were experienced in radio communications. Just after 10pm that evening it appeared that SSP might only be about 20 miles from the base but then sent the message “Send destroyer to Sanday, may not be able to get back”. Nothing further was heard from the SSP4. Next morning, the wreck of SSP4 was found at Westray but there was no sign of her crew. Confidential papers, charts and various items of clothing were found on board. A later Court of Enquiry found that the switch was still in the contact position and the throttle still set at full forward. The propellor was badly damaged so it was thought that the SSP4 may have hit the water while the engine was still running. The crew may have abandoned the ship thinking it would sink. No trace was found of the crew.

William Frith Horner was born in West Ham, London in 1895 and attended Dartmouth Naval College. He is commemorated on the Warlingham War Memorial in Surrey. 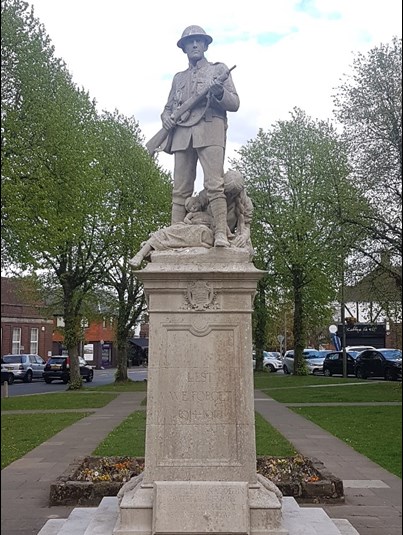 Above: the War Memorial in Warlingham Surrey on which William Horner Frith is named.

Rowland Charles Behn was born in Salisbury, Rhodesia in May 1899. He joined the RNAS in 1916 straight from school. Ernest Frank Anthony was born in September 1896 and enlisted in May 1915.

Some 6 months after the loss of SSP4, the award of DSC to William was announced in the London Gazette. Ernest Anthony was awarded the DSM. Rowland Charles Behn was not given any award. All are commemorated on the Chatham Naval Memorial. 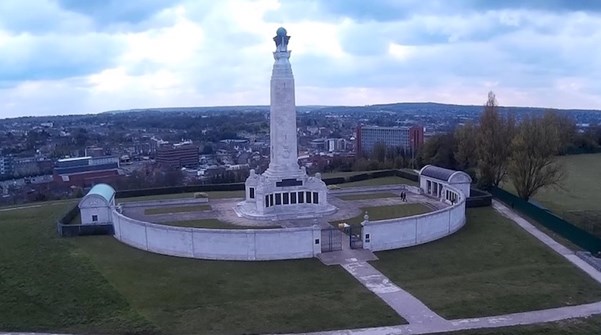