Alexander Edwards was born in Lossiemouth on 4 November 1885, the son of Alexander and Jessie Edwards. A cooper, he enlisted in the 6 Seaforth Highlanders in September 1914, going to France with the Battalion on 1 May 1915. 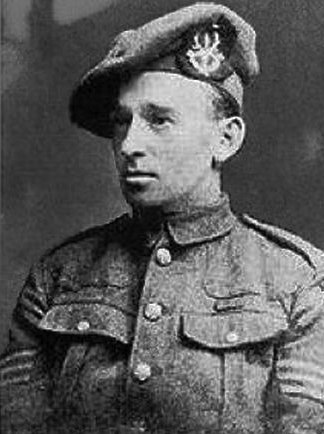 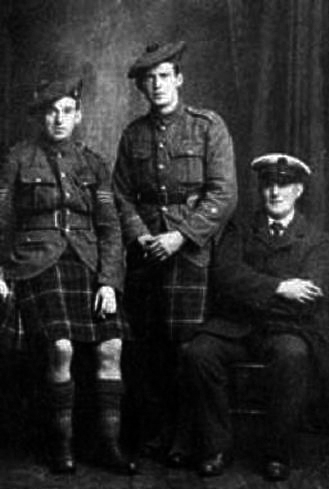 Above (top image) Sgt Alexander Edwards, and immediately above: Alexander and his brothers

The battalion was in action on the first day of the Third Battle of Ypres, 31 July 1917. The attack started at 3.50am with the 6 Seaforths in the second wave of the attack. The first wave had succeeded in capturing the ‘blue line’ with the second wave’s objective the capture of the ‘black line’. 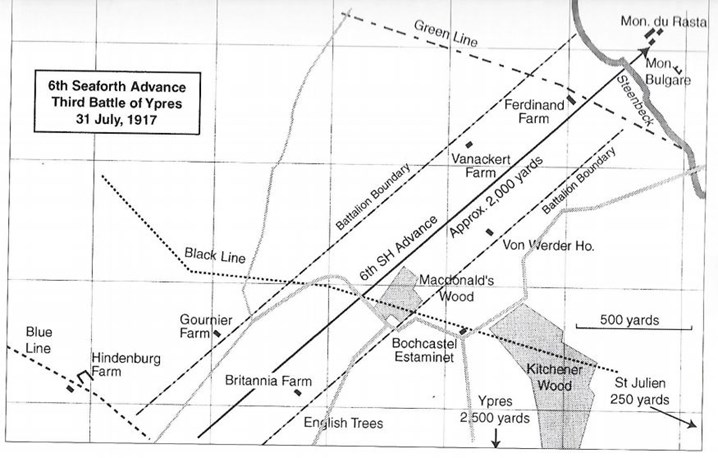 Above: Map from 'The Spirit of the Troops is Excellent'

The nature of the fighting changed once the ‘blue line’ had been passed, with the advance now coming to pillboxes and fortified farms, each with machine guns  positioned so that the fields of fire interlocked with adjacent positions. The 6 Seaforth managed to capture most of their part of the ‘black line’ but were held up in the vicinity of MacDonald’ s farm and the adjacent wood. The whole of the ‘black line’ was eventually taken by 6.40am. The battalion then moved on to take  the ‘green line’

Alexander had already been involved in leading his men against an enemy machine gun in MacDonald’s Wood, and with only one officer left in C Company, he moved from man to man to give encouragement. When an enemy sniper caused a number of casualties, Alexander went out and stalked him, and despite being wounded, managed to kill him. When he heard that a wounded cavalry officer was lying in the open, he went out to the officer, dressed his wounds in a shell-hole and helped him back through heavy fire to the battalion’s lines.

The citation for the VC reads:

‘For most conspicuous bravery in attack, when, having located a hostile machine gun in a wood, he, with great dash and courage, led some men against it, killed all the team and captured the gun. Later, when a sniper was causing casualties, he crawled out to stalk him, and although badly wounded in the arm, went on and killed him. One officer only was now left with the company, and, realising that the success of the operation depended on the capture of the furthest objective, Sergeant Edwards, regardless of his wound, led his men on till the objective was captured. He subsequently showed great skill in consolidating his position, and very great daring in personal reconnaissance. Although again twice wounded on the following day, this very gallant NCO maintained throughout a complete disregard for personal safety, and his high example of coolness and determination engendered a fine fighting spirit in his men’.

Alexander was presented with his Victoria Cross by King George V at Buckingham Palace in September 1917, with Edwards later remarking ‘The King was very nice and very kind’. 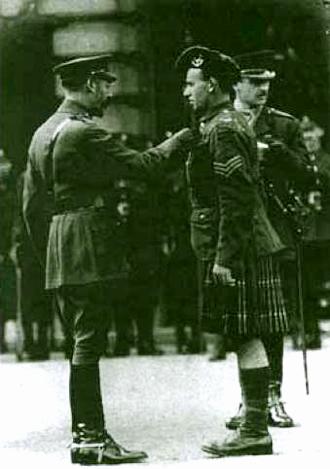 Above: Sgt Edwards receiving his VC from King George V

In his home county of Morayshire, the local newspaper carried pictures of his family, his brother John who had won the Military Medal in 1916 and also his brother William who served on HMS Agatha. It also carried an appeal for subscriptions in aid of funds for the presentation of a testimonial to the VC hero. The news that ‘ the Lossie VC is coming home the nicht’ travelled quickly through the town. By the time the train drew into Elgin station, a large crowd had gathered ‘to give the Lossie loon a hearty Heilan’ welcome’. From reports, it sounds that Alexander was taken aback by his reception and was heard to remark ‘What is all the fuss about? I have been here before’.

In October 1917, Alexander was presented with a wallet containing National War Loan Bonds for £100, War Saving Certificates for £27.13/-, £4.10s in bank notes and a gold watch and chain. After a speech by Provost Christie, Alexander replied ‘I thank you one and all. I am not a speech maker, but I am a good fighter’.

Alexander returned to the Western Front and was reported missing in action on 24 March 1918 at Loupart Wood, east of Arras. His body was never found and consequently he is commemorated on Panel 8 on the Arras Memorial. 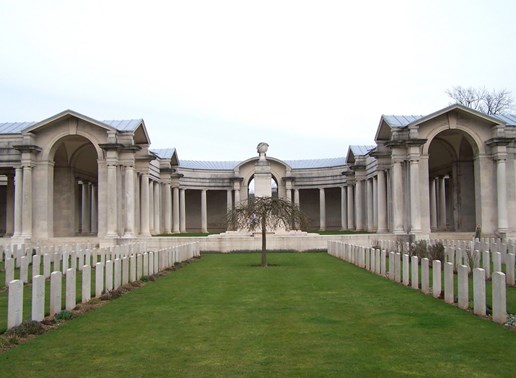 Above: The Arras Memorial (CWGC)

He is also commemorated on the Lossiemouth War Memorial and on a sundial outside the Moray Golf Club in the town. Alexander had, as a boy, been a caddie on the course. 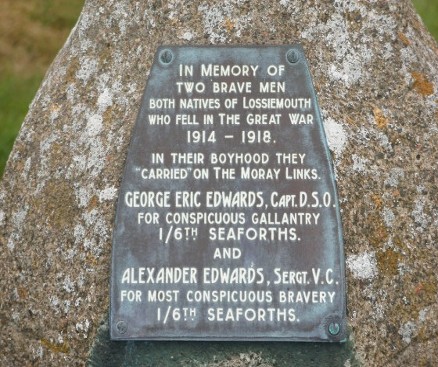 Above: The Moray Golf Club sundial memorial plaque in Lossiemouth

Alexander’s medals are displayed in The Highlanders Museum at Fort George. 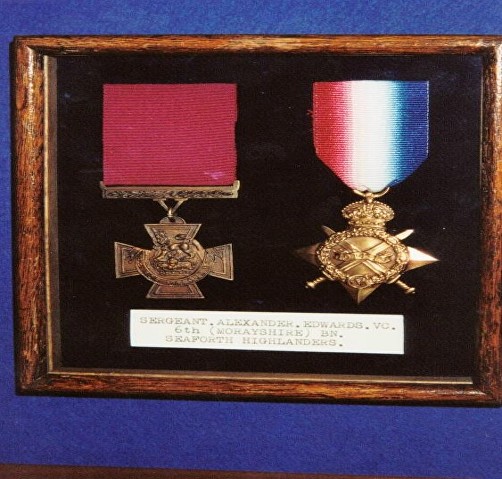 ‘The Spirit of the Troops is Excellent’ Derek Bird