Spring Forward, Fall Back. The changing of the clocks and the First World War

Tonight (31 October 2021), those of us in the UK will be putting our clocks back by one hour as we move from British Summer Time to Greenwich Mean Time. It may be useful to ponder, in the extra hour that is made available to us a few facts around this ‘changing of the clocks’.

The introduction of Daylight saving time is largely due to the campaigning of William Willett, a British builder who was born in 1856. It is said that part of his desire to advance the clocks during the summer months was due to his wish to play more golf!

Using his own money, in 1907 William published a pamphlet 'The Waste of Daylight'. In this publication he proposed that the clocks should be advanced by 80 minutes (albeit in four stages) during April and put back by 80 minutes (again in four 20 minute steps) in September.

Why 80 minutes rather than a full hour was suggested is (in retrospect) surprising, and changing clocks four times rather than once seems odd.

Although he gained some support (including that of Winston Churchill) nothing came of his proposal.

Until, that is, the First World War.

Willet died in 1915 but his idea was adopted – not by Britain, but by Germany, who along with Austro-Hungary, were the first countries to introduce Daylight Saving Time, on 30 April 1916 as a way to conserve coal.

In Britain a bill was finally passed in parliament on 17 May 1916 and the clocks were advanced by an hour on the following Sunday, 21 May. But what about other countries, and the armies in France and Belgium? 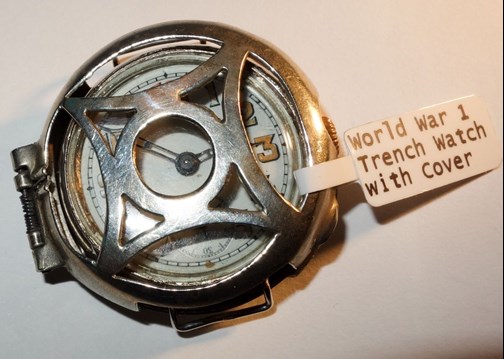 The armies in France will adopt the same time as ordered by the recent decree of the French Government. 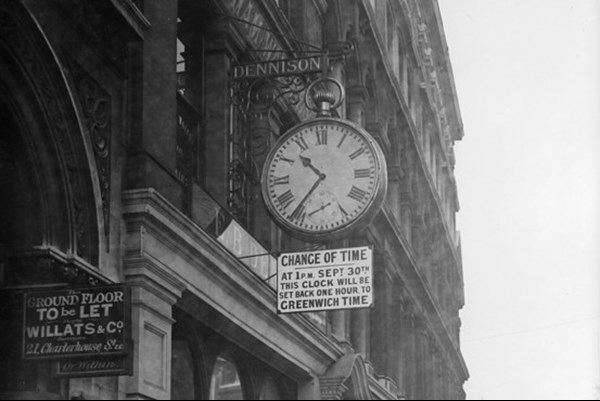 Above: A notice below a clock informing the public of the end of daylight saving time in October 1916