The Camera Returns No.7 by Bob Grundy and Steve Wall

[This edition of The Camera Return was originally published in Stand To! No.29 in the Spring of 1989. Bob and Steve had taken their photographs to match the view in December 1988.] 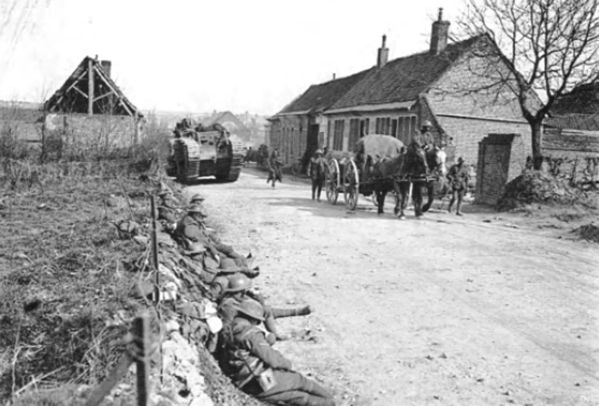 Then >  Nine British soldiers resting in the main street of Aveluy, 2 km north of Albert. 25 March 1918 © IWM  Q8640. To make a match for present day comparisons using a magnifying glass (or zoom / cut, paste and enlarge in 2021) the church spire can  just be seen above the horizon. 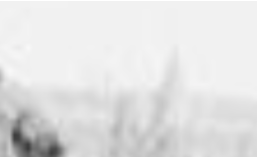 The faint outline of the original church spire in the far distance between the damaged building on the left and the tank.

For The Camera Returns > December 1988. Aveluy, 2 km north of Albert. None of the houses in the 1918 photograph survived to form a match. This photograph was taken looking west along the Gr Grande Rue looking west with the Bois D’Aveluy well out of shot to the left - and north, rather than as stated in 1988 as looking west on the D104. Recent images from Google Street View captured October 2010 © Google Maps 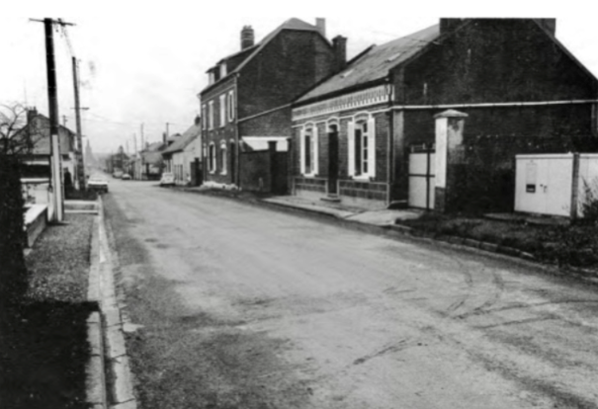 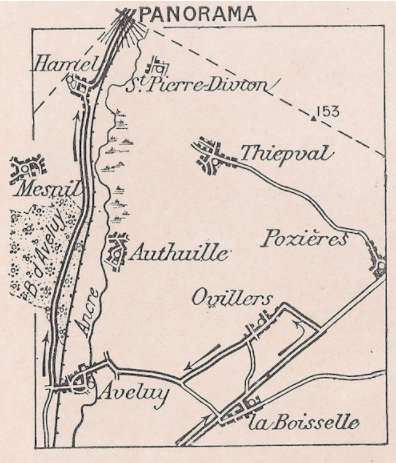 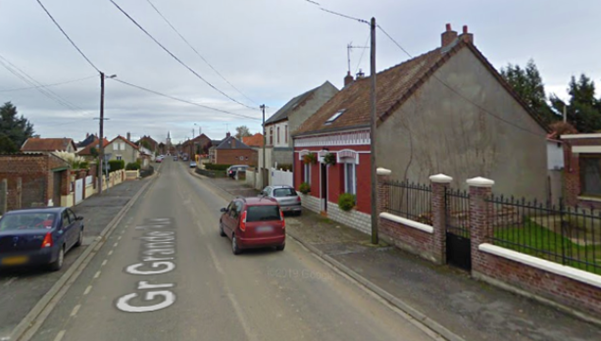 Recently > On closer examination via Google Street view and a few google searches, the view turns out to be along the Gr Grande Rue looking west with the Bois D’Aveluy well out of shot to the left - and north. Google Street View captured October 2010 © Google Maps.

IWM photograph Q8640 sees 'The Camera Returns' team back on the Somme. Taken on 25 March 1918, this tranquil scene shows nine soldiers, one of them a light infantryman, resting in the main street of Aveluy, 2 km north of Albert. The following day the village was in German hands, a victim of their Spring offensive.

Always behind our lines until this moment, Aveluy had been the headquarters of several divisions during the Somme 1916 offensive and, together with the large wood to the north, had formed a firm base for the fighting in the Ancre Valley. After its capture in 1918, the village remained in enemy hands until 6 April, but the wood was not finally cleared until 25 July.

An exact comparison proved difficult at first, as none of the houses in the photograph has survived to form a match. However, it was discovered, yet again with the aid of a magnifying glass, that the church spire could just be seen above the horizon between the tank and the house on the left. The post-war rebuilt church has now received a much taller spire as can be seen in our photograph taken in December 1988. The photograph was thus taken looking west on the D 104, the Bois d'Aveluy being just out of sight on the left.

When researching 'The Camera Returns,' we are always wary of the captions, some of which can be positively misleading, as in the case here. The tanks are stated to be Mark V when in fact they are Mark IV females, ie, fitted with machine guns only. The improved Mark V was not used in action until some four months later, in July. Tanks were usually named by their crew, the first letter being of the relevant battalion. Thus these tanks would have belonged to 'B' Battalion as the beginning of the leading tank's name, 'Black' can just be made out, the rest being covered by shadow.

Our wartime photographer stayed long enough in this street to take a further photograph of a column of retreating troops passing the stationary tanks. This particular photograph can be found on page 162 of World War I in Photographs by Adrian Gilbert.

Revisiting these photographs on in the IWM Photo Gallery > https://www.iwm.org.uk/collections/item/object/205244478 you can zoom in or screengrab and enlarge the photograph to see the details that print and subsequent further digitisation may not reveal. 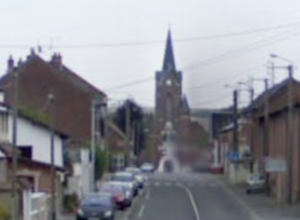 The distant view of the rebuilt church in October 2010.