One example of this is the case of Homer Emmett Smith who died on 10 November 1917 whilst serving in the 20th Battalion Canadian Expeditionary Force. His brother Leon also served and was killed in the Great War, but Leon served in the US Marine Corps.

This, very briefly, is Homer’s story.

Homer, it seems served in US Cavalry on Mexican border in 1916. The CWGC entry suggests he enlisted in 142nd Battalion Scottish Highlanders however, this can’t be the case as the 142nd was designated ‘London's Own’ (it was based in London, Ontario). His service records suggest he enlisted in the 241st (Canadian Scottish Borderers) Battalion, CEF

Homer ‘signed up’ on 23 April 1917 in Windsor, Ontario. He made no secret of the fact that he was born in the USA and had served in the National Guard. He declared his date of birth to be 15 September 1894 suggesting he was 22 years old. It seems he added 4 or 5 years to his ‘true’ age in order to enlist. He made his will on the same day, leaving his possessions to his sister Clare who lived in Detroit.

On 28 April 1917 he was onboard the SS Olympic and heading for England, and arrived on 7 May.

By 20 August he was with the 20th Battalion and more than likely took part in the Battle of Hill 70. 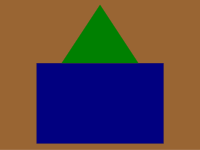 The distinguishing patch of the 20th Battalion (Central Ontario), CEF.

On 10 November 1917 the Third Battle of Ypres came to an end. This particular phase of the battle (The Second Battle of Passchendaele) ‘officially’ started on 26 October. The ‘fact’ that the battle ended on 10 November was probably lost on the troops who had managed to gain the last yards of ground on top of the ridge. 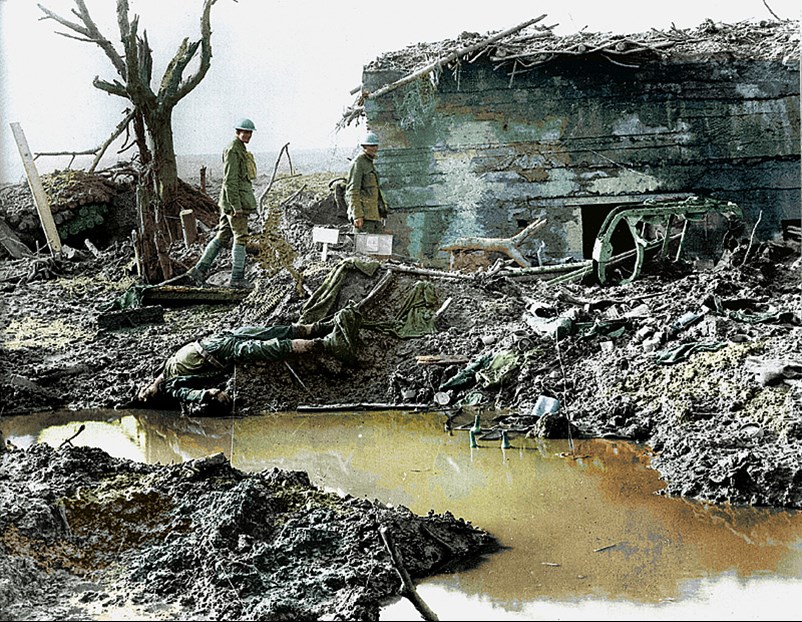 The Canadian Corps was heavily involved in this phase of Third Ypres. The Canadian attack began on 26 October at 5:40 am with a creeping barrage as the 3rd and 4th Divisions began their advance. Communication was problematic and the mud, sometimes waist high, hampered those going forward. It took two days, but the first objectives, including Bellevue Spur were captured by 27 October. The next phase of the four part battle began on 30 October, once again using the 3rd and 4th Divisions. Advances on the 30th were smaller, and the creeping barrage was less successful, particularly on the 3rd Division front. 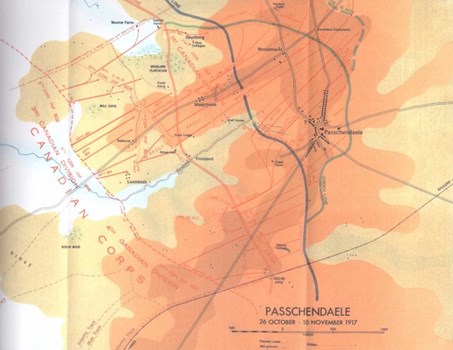 The third and fourth part of the advance took place after the divisions were relieved, and the 1st and 2nd Divisions moved in to begin their work on 6 November. It was easy to get lost on the Passchendaele front, even with a map, and a member of the Canadian Corps wandered into German lines accidentally and revealed the date of the next attack – 6 November. Even with the warning, the Canadian barrage was heavy enough that the divisions could advance relatively safely and by the end of the day the village of Passchendaele had been captured. By 10 November, the last remaining German forces had been pushed from the ridge entirely and the offensive was called off

A final action took place on 10 November which was designed to take a crossroad and the remaining high ground north of the village. The road junction was 1,000 yards north of Passchendaele on the Westrozebeke road. Possession of the high ground would enable observation of German positions. The 2nd Canadian Infantry Brigade was to attack with support from one battalion of the 4th Canadian Infantry Brigade, this was the 20th Battalion which included Homer Smith.

The assault was launched north-east of Mosselmarkt, on the morning of 10 November and made good initial progress, capturing the crossroads, overrunning Venture Farm and capturing four 77mm field guns.

However the 20th battalion lost 22 men killed on this day. One was Homer Smith. His body was never found (only 5 men of the battalion have known graves). 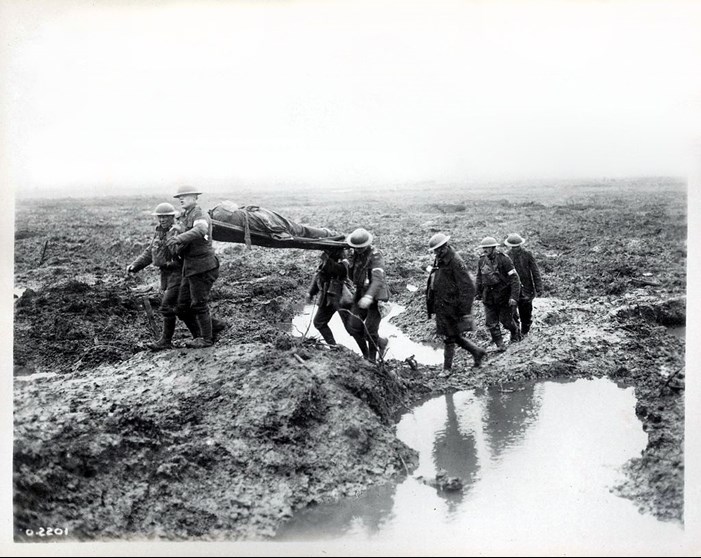 Canadian troops carry a wounded comrade to an aid post. 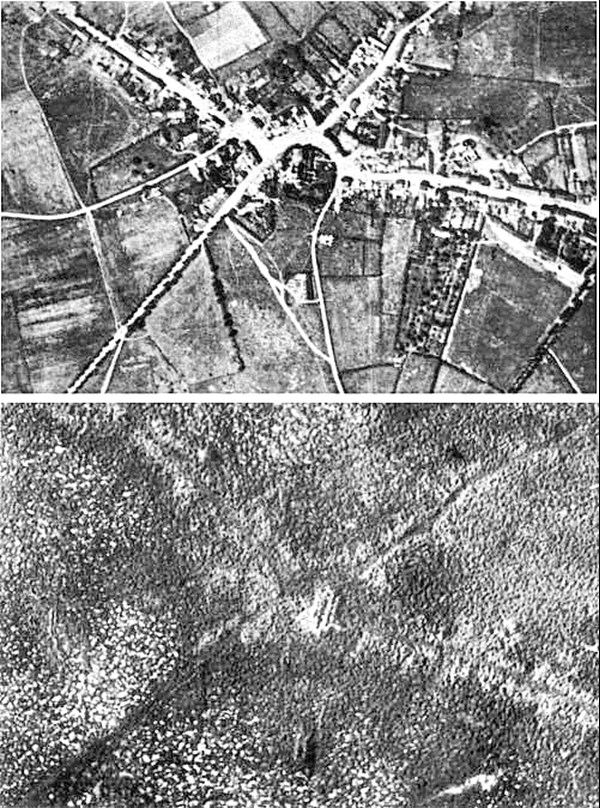 The village of Passchendaele before and after the battle

Homer is commemorated on the Menin Gate Memorial. 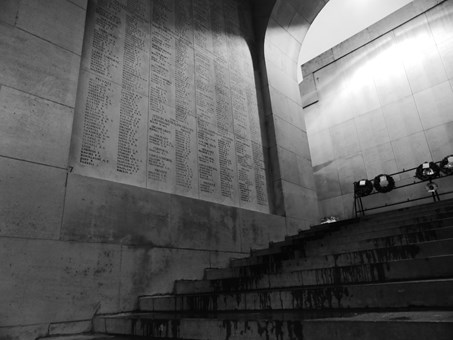 Above: The Menin Gate Memorial

His family would have been devastated to learn of his loss in action but worse was to happen when, seven months later, his brother Leon Ralza Smith was killed at at Belleau Wood. Leon served in the US Marine Corps and was part of the 6th Battalion, in the 2nd Division. He was buried at the Aisne-Marne American Cemetery (below). 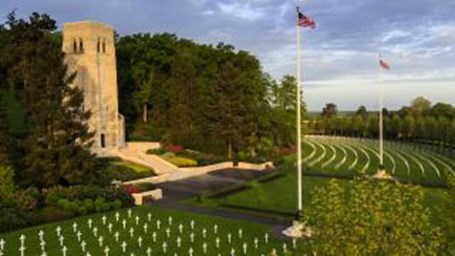 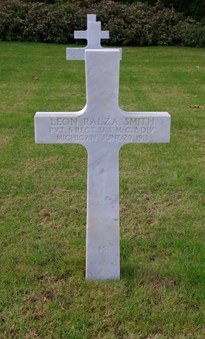 Above: the grave marker detailing Leon

Below: An obituary to Leon 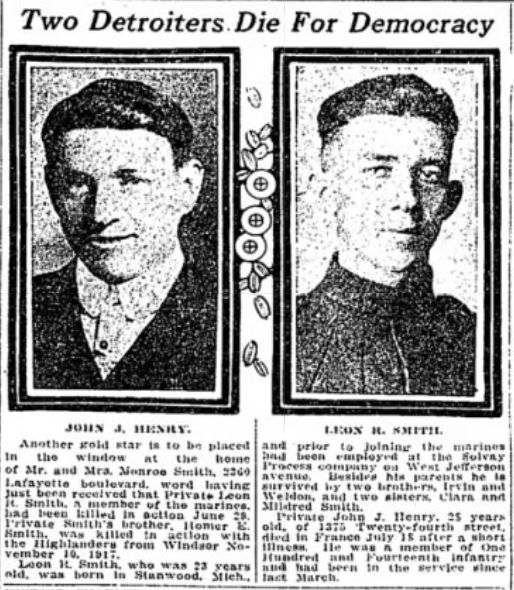 Above image courtesy of www.findagrave.com/memorial/55948649/leon-ralza-smith

Further information about Homer can be seen in his service file