['War Art' was a regular featured in Stand To! the journal of The Western Front Association between 1993 and 2016. This is No.5 and appeared in Stand To! No.43 April 1985. 69 such reviews were written either by David Cohen, or by David Cohen with his wife Judith Cohen. Members receive Stand To! three times a year and have access to the full digitised archive as part of their membership]. 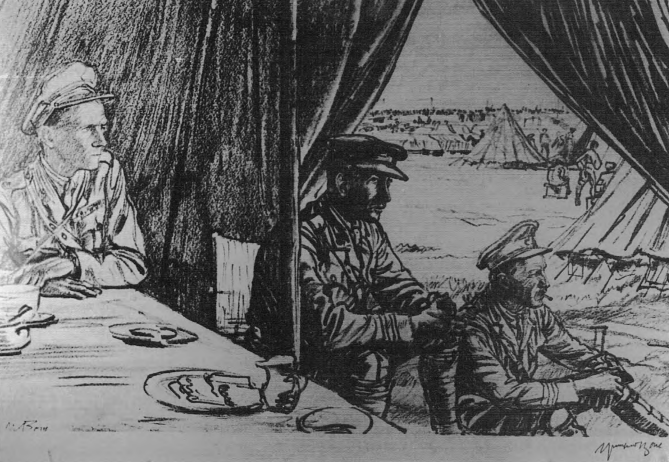 A British advance has just begun, and the surgeons of a Divisional Collecting Station near the Somme are awaiting the arrival of the first laden stretcher-bearers. In a few minutes, the three officers will be at work, perhaps for 24 hours on end. At one Casualty Clearing Station a distinguished surgeon performed, without resting, nineteen difficult operations, each lasting more than an hour, in cases of severe abdominal wounds, where delay would have meant the loss of life. In almost every case, the man was saved. Another surgeon operated for 36 hours without relief. Such devotion is not exceptional in the Royal Army Medical Corps. 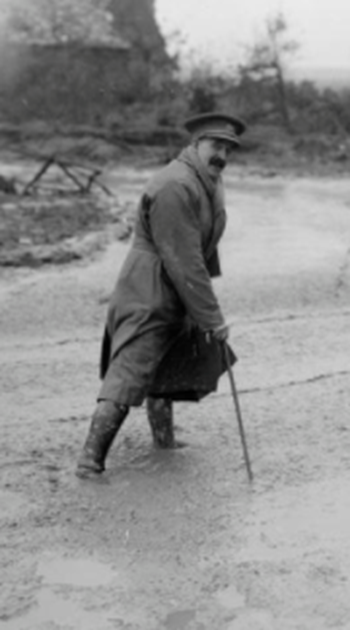 Muirhead Bone was a draughtsman, etcher and painter. He studied and qualified as an architect, achieving a reputation for his etchings of buildings under construction or demolition. He was the first official British war artist and he worked on the Western Front and in Great Britain from 1916-1918.

Campbell Dodgson, Keeper of Prints and Drawings at the British Museum, and wartime adviser to the British Ministry of Information's art scheme recommended sending Bone, whose forte was ruins, to record the devastation in France and Belgium. Bone also depicted the munition factories. However, Bone considered his best war drawings to be of shipbuilding, done in the Clyde shipyards. 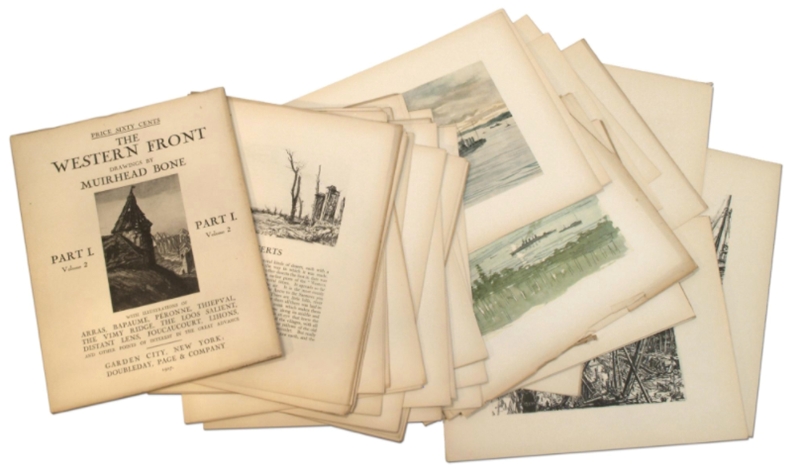 Muirhead Bone donated money derived from the sale of his wartime lithographs to the Imperial War Museum for the purchase of works by other artists, such as Wyndham Lewis, William Roberts and Henry Tonks. He was a member of the IWM’s Board of Trustees from 1920-51, and was a member of the War Artists' Advisory Committee and a war artist to the Admiralty between 1939 and 1946. Muirhead Bone's drawings were reproduced in ‘Western Front’, a monthly publication by Country Life Ltd and published in book form in America.