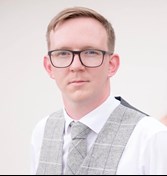 In 2013, he was awarded a PhD studentship from the University of Leicester, his thesis was entitled ‘The Indian Army’s British Officer Corps, 1861-1921’. The thesis considered traditional military history elements such as leadership, morale, and discipline alongside officers’ social and sporting experience on the subcontinent.

In 2012, Adam became a founding member of the North Staffordshire South Cheshire Branch of the WFA, acting as speaker coordinator until 2016.

After undertaking some teaching responsibilities at Leicester alongside his PhD, in September 2016 Adam began teaching at the University of Salford. Between 2016 and 2020, Adam taught a range of subjects at Salford namely military or international history, or security studies, including a third year module devoted to the First World War.

He has published book chapters on the Indian Army’s defence of the Suez Canal in the early stages of the Great War and on the make up of the Indian Officer Corps in the late Victorian period. He has also provided comment on BBC News and made guest appearances on several podcasts and blogs.