We have just received the sad news that Monsieur André Coilliot, a long standing Honorary Vice-President of the Western Front Association, passed away on the 6th  October 2022. Residing in Beaurains, he was a very highly regarded historian , prolific author and also Honorary President of Souvenir Francais-Arras, Knight of the National Order of Merit, Member of the Order of Australia and member of the Royal British Legion. 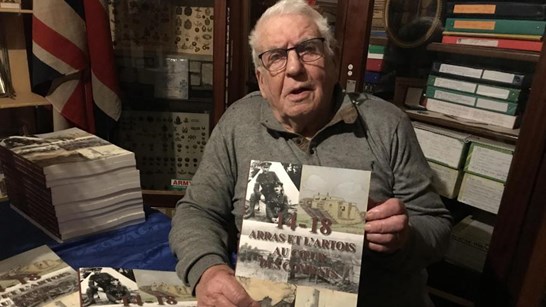 Many members may have visited his incredible military collection at his home many years ago before it was moved to Avril Williams’ Museum.

We have lost an outstanding figure of remembrance whose friendship with The Western Front Association was enduring over the past forty years. We will be writing a letter of condolence to his family on behalf of the Association and a full obituary will be published in the Spring edition of The Bulletin.