Nearly one hundred WFA members have so far volunteered to get involved with 'Project Alias', and the work is progressing at a fantastic rate.  The project, when completed, will enable current and future historians to understand the reasons why so many men joined the army using a pseudonym. It will also massively assist family researchers to find their relative, if he signed up using an alias.

For full details of the project please see the following article Project Alias: a major scheme to help locate those men who served using a 'different' name.

Due to a very encouraging early response, the project - which was intended to be taken a step at a time - has now been set up so that the two phases are running side by side, with volunteers split into 'phase 1' and 'phase 2'. Phase 1 is the smaller part of the project with volunteers looking at all men who are recorded by the CWGC as having an alias. The first part of this work is on course to be completed within a few weeks which is massively ahead of schedule.

Phase 2 work is by far the larger part of the project and is intended to locate those men who were killed in the Great War who joined up using an alias, but who are not currently recorded. The present estimate suggests this could amount to as many as 10,000 individuals - which will be double or even three times the figure recorded by the CWGC. But who are these men? 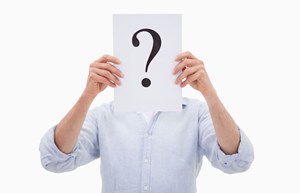 We are less than a month into the project, but we are currently building a databse of individuals who possibly used an alias. We have not yet studied these men (this will be a later task) but at the time of writing (11 March) over 1400 lines of data have been created identifying men who have until now not necessarily been identifiable.

See the example below of two Pension Cards for one soldier 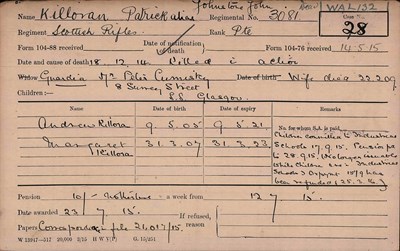 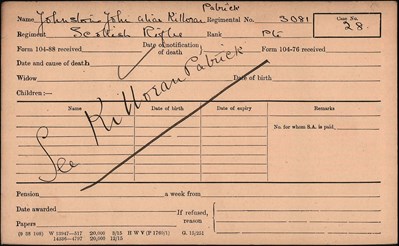 The soldier in question is detailed by the CWGC as Patrick Killoran (he is commemorated on Le Touret Memorial) but, without cross referencing the name of John Johnstone to Patrick Killoran, it is possible that his family would not have been able to identify him.

The number of volunteers who have so far come forward means that we have created six teams each taking on a section of the WFA pension cards in order to check these cards for aliases. For example 'Team D' is currently tackling the section which includes all men with surnames between Hancock and Johnson.

Progress is excellent, as can be seen on the graphic below. Each column represents the work being done on a daily basis (the last column being the state of play early in the morning of 11 March.) 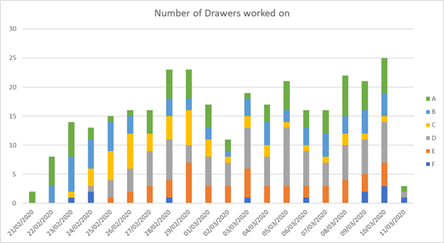 The various teams are currently working on about twenty 'digital drawers' per day (out of 1046 in total). Each drawer takes a couple of hours to complete, so with luck this part of Phase 2 may be able to be completed within a three months or less.

But the more volunteers we have working on this, the better. This will enable us to complete the initial 'data gathering' rapidly and we can then move onto the really interesting part, which will be to do some investigative work. 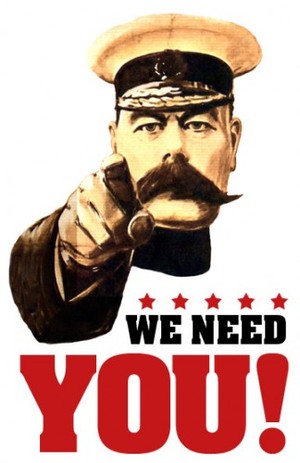 Can you help? All we need is WFA members with internet access (and therefore able to check the Pension Records) to volunteer a couple of hours of their time. This will enable us to assign each vounteer a 'digital drawer'. So far everyone who has taken part has completed one drawer and have enjoyed doing it so much they have asked for another 'drawer' to work. Some of the really keen volunteers have completed half a dozen or more drawers and are wanting to do more !

With such fantastic progress being made, it is intended to share this with the volunteers and the wider membership on a regular basis.

The totals so far can be seen with the following graphic

If we can - as an association - complete this piece of work it will be something we can all be proud of. The outcome will surely be a lasting legacy for those 'hidden heroes' whose stories have remained elusive for the last hundred years.

If you wish to take part in this exciting, interesting and absorbing project, please email me via pensionrecords@westernfrontassociation.com