From the Archives: Lost and found in France

This is a story of two great French artefacts: one lost and one found.

In an edition of the WFA Bulletin of October 1992 a short item appeared under the heading ‘Returned to Albert’. It was accompanied by an image of a damaged work of religious art. 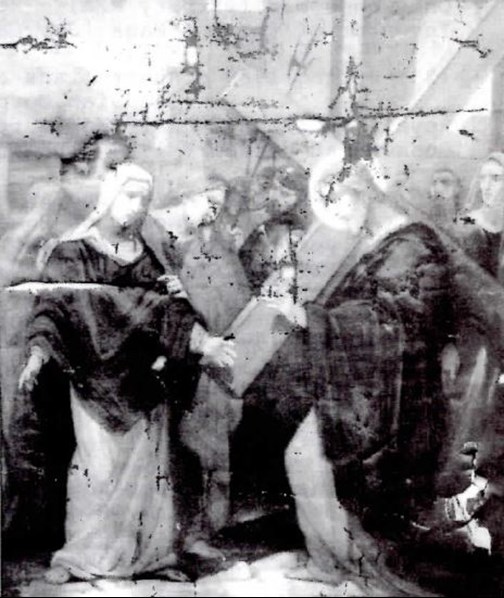 The painting is one of the fourteen Stations of the Cross and the damage to it had been caused by shell shrapnel during the Great War. In fact, it is unlikely the painting would have survived at all if it had not been for the actions of a lowly British infantryman; Private Cecil Harry Buckingham of the Bedfordshire Regiment (No. 30046).

Cecil had come across the painting in 1917 inside the church situated at the heart of Albert, the Basilica of Notre-Dame de Brebieres. The was the place of worship famous for its ‘golden’ statue of the infant Jesus and Mary which had been left slumped in a near-horizontal position on its roof since being hit by a shell in January 1915. The statue would finally fall in 1918. 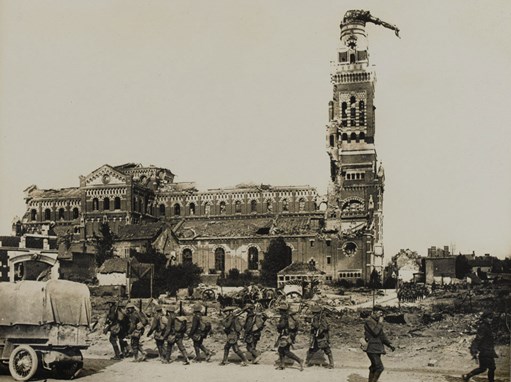 The Basilica at Albert

Perhaps it was the ignominy of the leaning ‘Madonna and child’ that inspired Cecil to act, or just a general sense of despair at the further sacrifice of the sacred? What we do know for sure is that Private Buckingham was a man of great faith – so much so, he became a clergyman after the war and served as a military chaplain throughout the duration of the Second World War.

Cecil retained the damaged painting from Albert, which he had rolled up and inserted into a tube before sending home, and it was only on his death that its existence came to light; and then only as a matter of chance...

In the early 1990s WFA member and police officer Roger Negus came into contact with an elderly lady called Nellie Buckingham in Peterborough, and during the course of their conversation the topic of the Great War arose. Nellie was impressed by Roger’s enthusiasm for the subject and told him that he must come to her home and see a painting that had been saved from the war by her recently deceased husband – Cecil.

Nellie was keen for Roger to take custodianship of the painting, and he, in-turn, felt it only right that it should be taken back to where it had come from.

With the help of local museum curator Martin Howe and fellow WFA member David Grey, in February 1992 Roger and David were welcomed at the Town Hall in Albert where a ceremony took place and the painting formally returned to the Mayor of Albert.

Apart from a chandelier, it is believed that the painting is the only surviving item from inside the original church. It is now housed in the Somme Museum, which is perhaps fittingly built in the crypt beneath the church.

The second lost item will sadly always remain as such, but a trip to a military fair by the then editor of the Bulletin, James Brazier, at least gave WFA members the chance to marvel at it again in 1999.

A number of Great War memorials erected in France and Belgium were destroyed by the Germans during the Second World War and among them was the magnificent memorial at Calais. 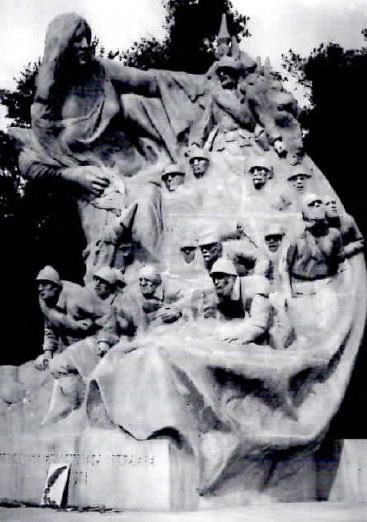 Sculpted by Jean Vautrier, this memorial features fifteen life-sized poilus and the even larger patriotic figure of Marianne; the personification of France after the French Revolution. It would seem that the memorial was at least 20-feet tall and constructed from large blocks of stone, with some of the poilus simply heads and others near-complete figures. 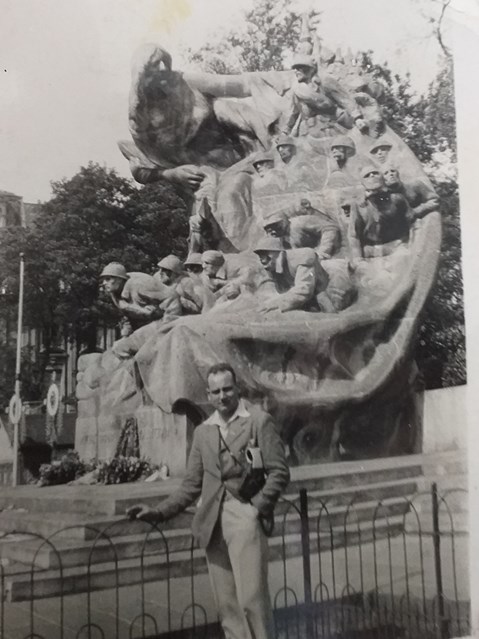 Above: a photo taken 1939 when Alfred (Sonny) Harris travelled from Edinburgh to visit.

It is a breathtaking creation and images of it rare, which made the unearthing of a postcard of it at a military fair all the more important. Lost, but thanks to The WFA, no longer forgotten.