'Gilbert the Filbert' during the Great War RIP 20 August 1916

Captain Basil Hallam Radford, No 1 Army Kite Ballon Section, Royal Flying Corps was born on 3 April 1888 and lived on Cromwell Road, South Kensington. He was at the public school Charterhouse from 1903 to 1907. Basil Radford became an actor and went on stage as 'Basil Hallam'. He became a star of the Music Halls and was known in particular for his role in 'The Passing Show'. Basil  was also one of Lady Diana Cooper's dancing partners. 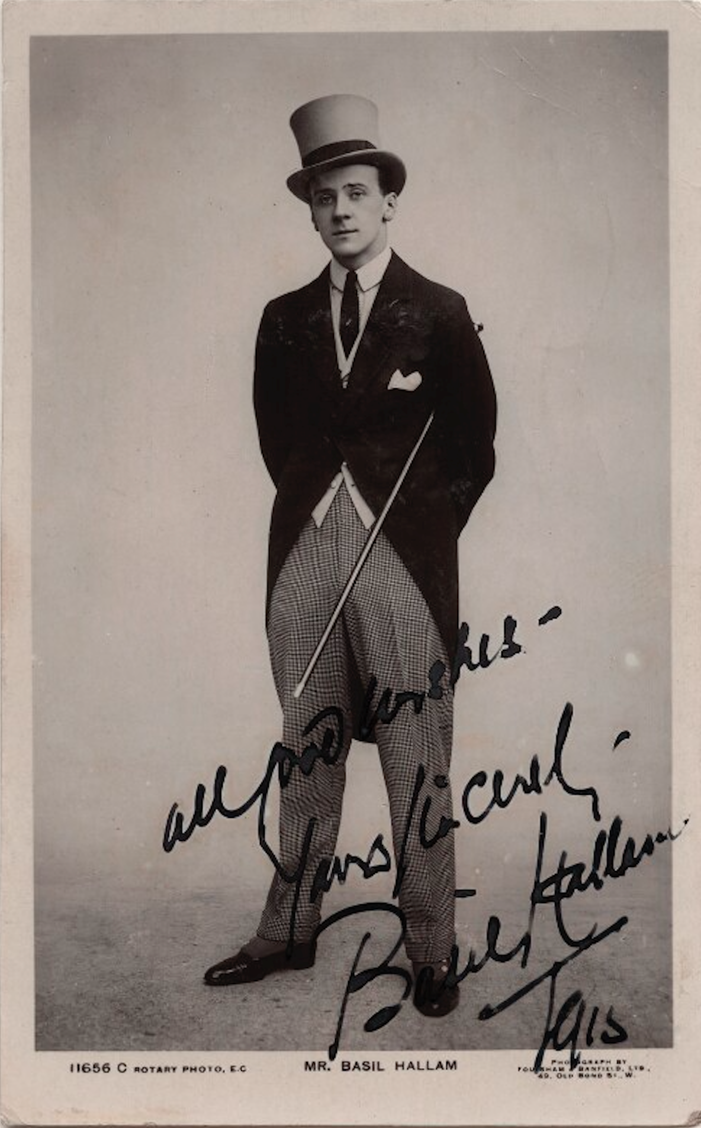 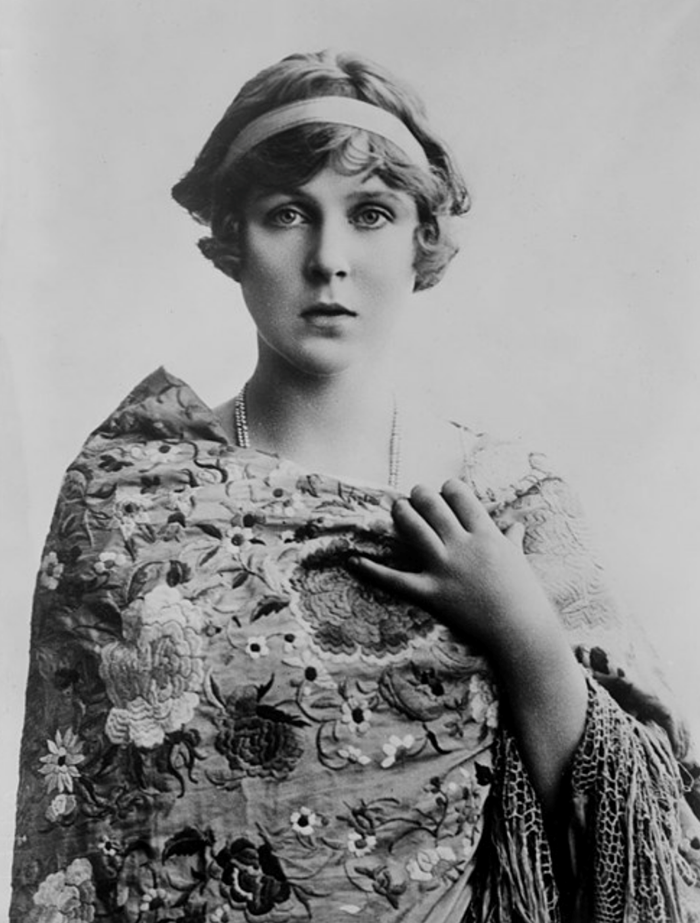 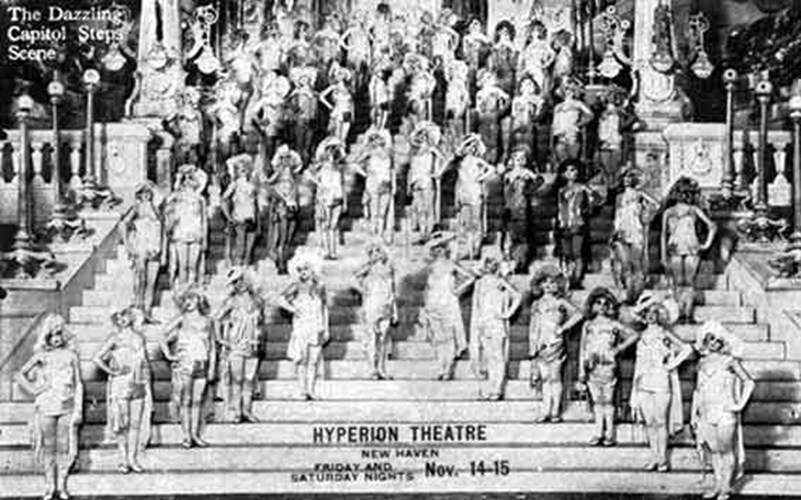 Above: Photo of a scene from a tour of The Passing Show of 1913. Publicity photo taken in 1914

By early 1914 he had established himself as a popular and successful light comedian appearing in various productions before he created the persona 'Gilbert the Filbert'. 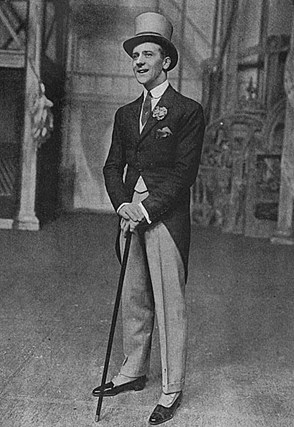 Possibly for medical reasons (he had a steel plate in his foot from an old injury) Basil didn't join up as soon as war began but, after being a recipient of numerous white feathers, often thrust upon him at the stage door, he decided to enlist. He became a Balloon Observer with a Kite Balloon Section of the RFC and his duties were to reinforce the work of observers working for Corps Squadrons. 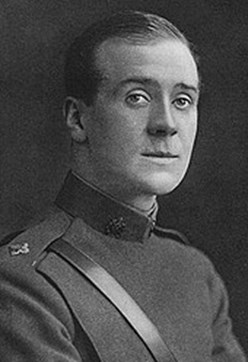 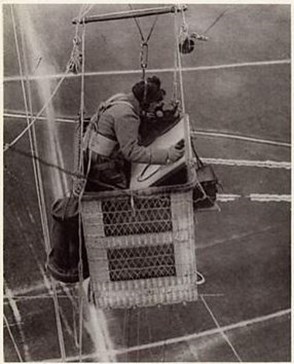 Above: Captain Basil Hallam Radford, No 1 Kite Balloon Section and an image of the type of work he had to undertake. On the right two observers in the basket of a kite balloon pictured spotting activity on the ground below. The Kite Balloon section (often known as the balloonatics) was used by both the naval and military air service and then eventually absorbed into the newly formed Royal Air Force in 1918. 1918. 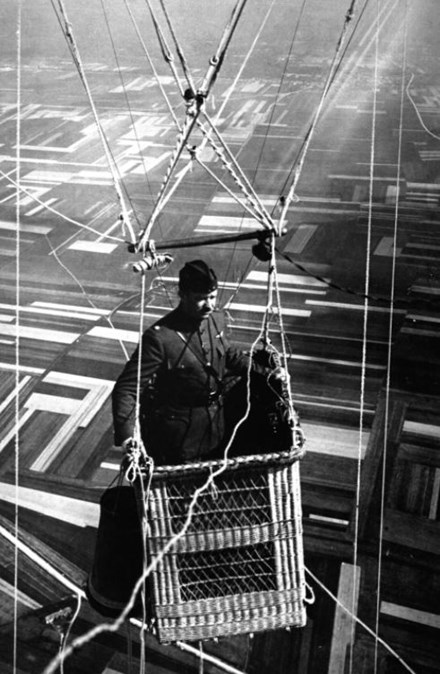 Above: Close-up view of an American major in the basket of an observation balloon flying over territory near front lines, France. National WWI Museum and Memorial

He was to meet his end on 20 August 1916. Instead of the usual two man crew, Radford had taken a third person, an old school friend from Charterhouse, up in the balloon. When faced with tragedy he gave up his parachute. Gerald Gliddon writes:

On 20 August Hallam, a member of No 1 Section, was due to make an ascent with 2/Lt P B Moxon who had previously been registering for V Corps together with a third man, Lt Geoffrey McCall. McCall, whose brother was a school chum of Hallam, had been invited along as a guest. 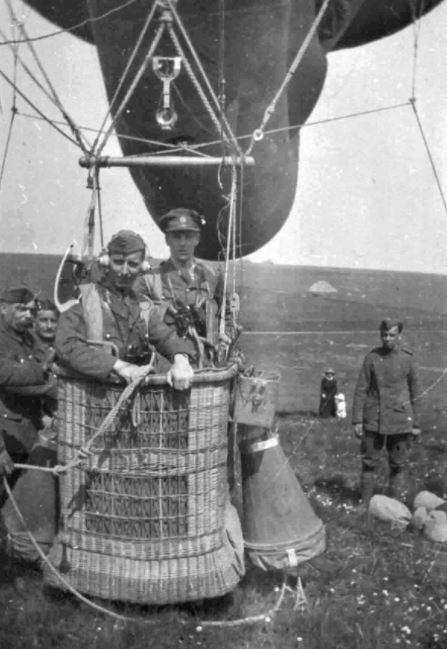 Above: RFC Kite Balloon Observer standing in an anchored balloon basket (RAF Museum) The cone-shaped objects hanging from the side are the parachutes.

Below: The same event with the same crew (note the ground-crewman with the distinctive moustache in both photographs) The Colourised image below part of the WFA's stereoscopic images available to WFA members here: Sterescope 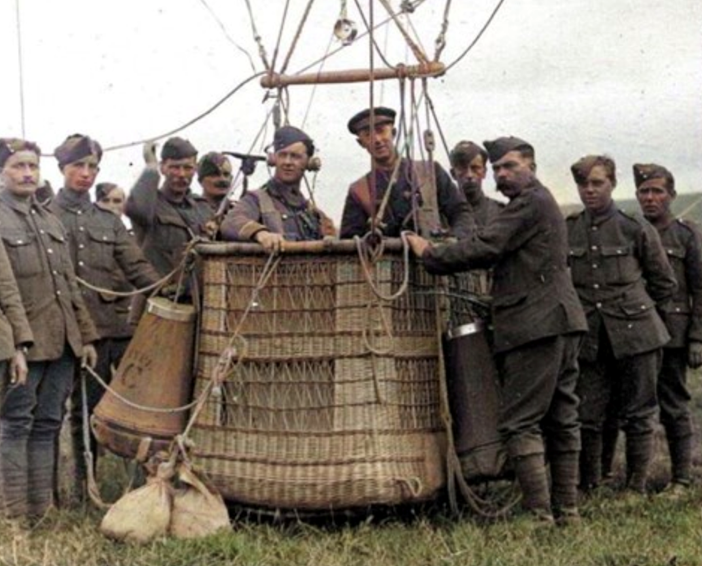 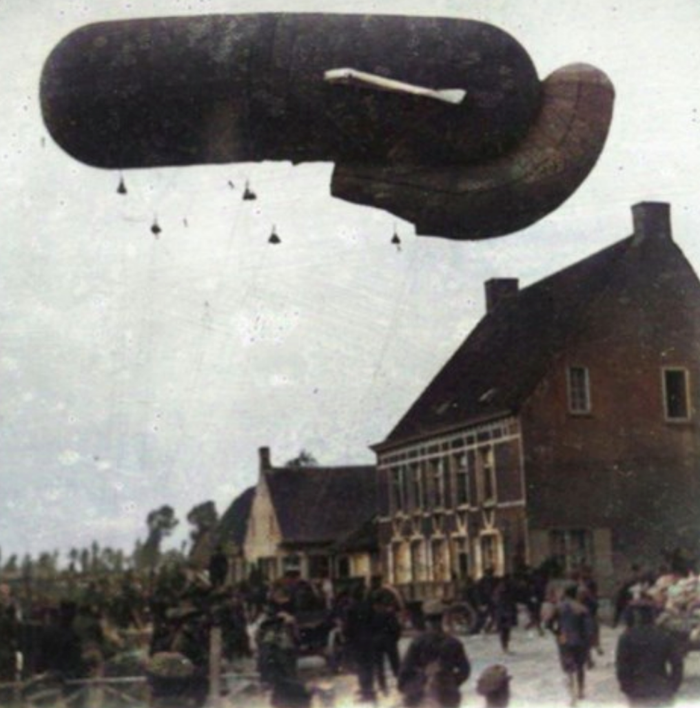 Above: The caption here suggests that balloons breaking their moorings may have been a regular occurrence.

For a short period he was seen sitting on the edge of the basket before making his leap. The height was between three and six thousand feet and, not surprisingly, he didn't survive. His body was found on the Acheux-en-Amienois Road. In a letter to Lady Diana Cooper, Raymond Asquith, one of hundreds of witnesses to the tragedy, reported that Hallam's body was found dreadfully foreshortened and he was only identified by his cigarette case. Hallam's grave is to be found in Couin British Cemetery. 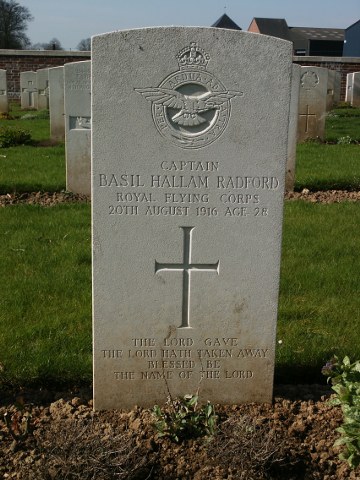 Below: On the other side of the road is Couin New British Cemetery. 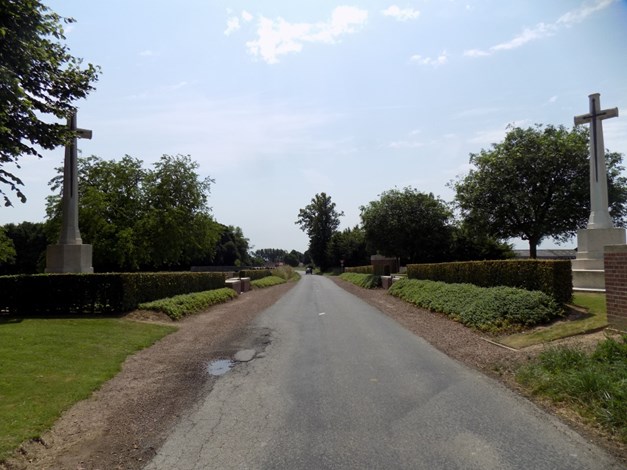 His death in action is described by Rudyard Kipling in The Irish Guards in the Great War, Vol 2 1916 - Salient and the Somme:

On a windy Sunday evening at Couin, in the valley north of Bus-les-Artois, the men saw an observation-balloon, tethered near their bivouacs, break loose while being hauled down. It drifted towards the enemy line. First they watched maps and books being heaved overboard, then a man in a parachute jumping for his life, who landed safely. Soon after, something black, which had been hanging below the basket, detached itself and fell some three thousand feet. We heard later that it was Captain Radford (Basil Hallam). His parachute apparently caught in the rigging and in some way he slipped out of the belt which attached him to it. He fell near Brigade Headquarters. Of those who watched, there was not one that had not seen him at the "Halls" in the immensely remote days of "Gilbert the Filbert, the Colonel of the Nuts." 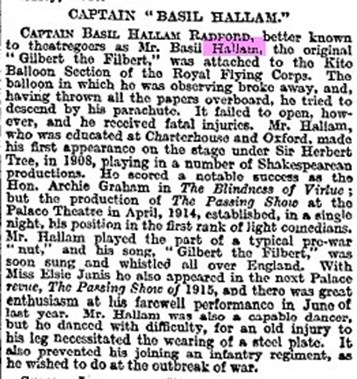 Elsie Janis, the American actress who was engaged to him, recounts a letter in her memoirs, received from one of the men who escaped successfully. Apparently Basil coaxed them into jumping and the young man wrote, "I never thought Gilbert the Filbert would give me the courage to face death." 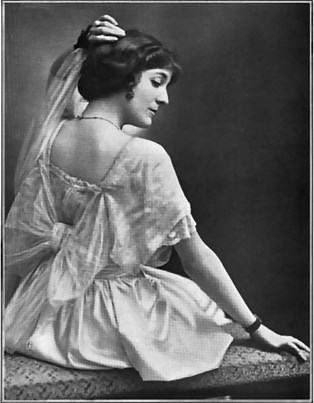 Above: Elsie Janis, in The Theatre Magazine (November 1915)

And finally, with thanks to Mark Bristow for this which is a video from YouTube giving us a rendition of Basil Hallam singing 'Gilbert the Filbert ... the nut with a K'.