Lewes Casualties : September 1918 and the impact of 'Spanish Flu' 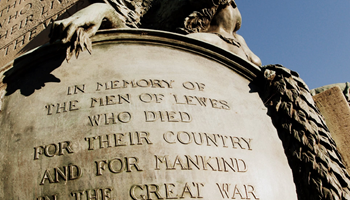 September 1918 brought a further 14 Lewes casualties, 10 on the Western Front where the arrival of the Americans had helped change the balance of forces firmly towards the Allied side and four others, one from Baku on the Caspian Sea, one from a submarine attack off Brittany, one the result of tuberculosis and one from influenza.

Private Albert Gaston 9th Royal Warwickshire Regiment was killed in action against the Turks near Baku in what was then South Russia on 1st September 1918. He was one of a force of about 1,000 officers and men of the 39th Brigade commanded by Major-General L C Dunsterville and known as Dunsterforce, 450 of whom were from the 9th Warwickshires. Their mission was to support local Armenian troops in preventing the capture of Baku and its valuable oil wells by the Turks and their German allies from the Russians in the wake of the collapse of Russian authority in the wake of the October Revolution and the civil war into which Russia had descended.

The 9th Warwickshires had spent the war in the Middle East, fighting at Gallipoli, Kut and taking part in the capture of Baghdad on 11th March 1917. They were still in Iraq when in July 1918 they were ordered to Baku. On 18th August they arrived in the city and by 21st August had taken up defensive positions just to its north. When Turkish and Azerbaijani forces attacked on 26th and 31st August, their Armenian allies fled and they were forced to fall back and do their best to hold the line. On 1st September they were again attacked in force by the Turks and forced into a retreat during which two officers were killed, a Lieutenant and a Captain captured by the Turks and 67 men missing, amongst them Private Gaston, subsequently confirmed killed.

On the night of 14-15th September the remaining troops of Dunsterforce were evacuated by two ships and the following day Baku’s defences were overrun. The Ottoman victory was short-lived as only six weeks later, on 30th October 1918 the Ottomans signed an Armistice with the allies at Mudros and on 17th November a British force of 5,000 under General Thomson, including many of those who had fought in Dunsterforce, arrived in Baku to take back control of the city. The defence of Baku was a rare allied setback in September 1918 and is of interest in that it was the last major event of the war in the Middle East.

By contrast the death of Sergeant John Wickham, Royal Army Medical Corps, at Marseilles on 30th September 1918 provides a valuable insight into the impact of the influenza epidemic which was about to sweep across Europe, costing more than two million lives in a population already under extreme stress from more than four years of war. The detailed account by Captain Robert Mackenna of the progress of the epidemic in which Sergeant Wickham died, the likely source of the infection and the rapidity of its spread is a highly instructive analysis of the serious threat which the disease posed for military personnel. 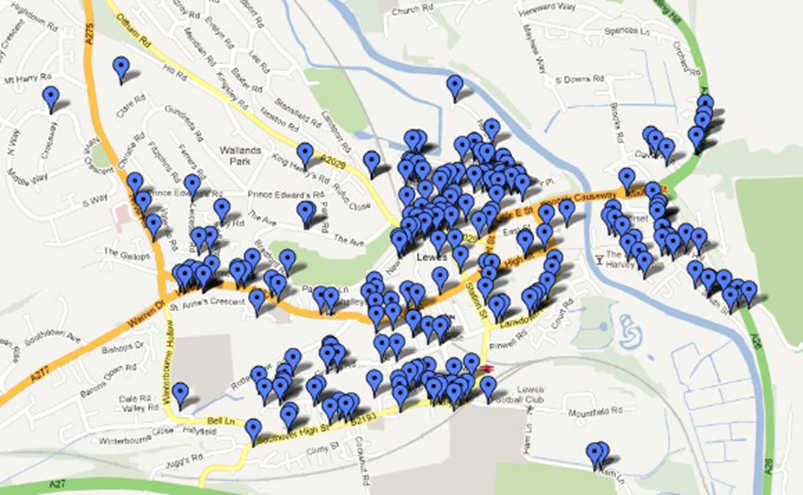 Sergeant John Wickham Royal Army Medical Corps of 9 Abinger Place, was 24 when he died. A former Pells School boy he had won a county council scholarship to Brighton Grammar School where he had studied for three years before becoming an employee in the County Surveyor’s Department at County Hall. He was taking an evening shorthand course at Castlegate School when war broke out. No doubt it was his educational attainments which marked him out as a suitable recruit for the Royal Army Medical Corps when he enlisted in October 1915. Badly wounded on the Somme, he had also served in Egypt.  His father was a foreman at the timber yard and the family attended Eastgate Baptist Church.

Sergeant Wickham was serving in the 57th General Hospital based at Camp Musso, Marseilles, when he contracted ‘flu. The first of 31 named sufferers, according to the Hospital War Diary on 12th September, he was recorded as having been admitted as a patient with “Epidemic Influenza”. The following day a further 14 RAMC staff are listed as being admitted between 11th and 13th, including three more sergeants, a lance-sergeant and a corporal and eight privates. On 14th another sergeant, lance-sergeant and three privates were added to those placed in isolation as the epidemic took hold, with more to follow in succeeding days. On 21st the first death from influenza, that of Sergeant Harry Price RAMC, occurred. He was followed by Quartermaster Sergeant E R Greenaway on 23rd and on 30th by Sergeant John Wickham. By now the epidemic had affected 36 men, 31 of whom were RAMC personnel, including two sergeant-majors and nine sergeants.

An appended medical report for September explained what had occurred:

The cases fall into two classes:

Class (a) may be further subdivided into;

(c)  Those with serious respiratory complications   - 7

(d)  Those with moderately severe complications   - 5

In class 9c) five patients have developed Broncho-Pneumonia and one Pneumococcal Septicaemia.

All the patients have had intensely severe headaches, many of them have had high temperatures up to 104.8°; and there has been marked nervous prostration, with weakness and loss of flesh.

During convalescence there has been considerable depression of spirits: and in several cases the knee-jerks have been sluggish, and the patients have complained of a heaviness of the legs in walking. These symptoms are due to the Influenza-neuro-toxins.

Three Sergeants have died. Two of severe Broncho-Pneumonia, complicated in one case by Pleurisy, and the other of Pneumococcal Septicaemia. …

Immediately the epidemic began, measures were taken to limit its spread. In consultation with the Company Officer I arranged that every man of the personnel should receive prophylactic doses of Quinine & Foramint tablets to suck. The thorough ventilation of all sleeping tents was seen to and blankets were thoroughly aired. The Sergeants’ Mess, which is a large and airy marquee with through-and-through ventilation from both ends and sides, in addition to roof ventilation, has been disinfected with formalin three times since the epidemic began….

In my opinion the infection was introduced from the city, through contact with an infected person, and the inhalation of germs from such person’s breath on a crowded tramcar.

One of the first Sergeants to be affected tells me that a few days before he took ill he stood on the platform of a tramcar beside a person with a sever cough who looked seriously ill. A few days later he developed influenza.

As showing the spread by proximity it may be mentioned that the first Sergeant who took ill infected all the Sergeants who dined at the same table: and the first private who developed the disease had been working with a sergeant who fell ill the day before.

The epidemic has now, apparently, ceased, and all the patients are progressing satisfactorily.” 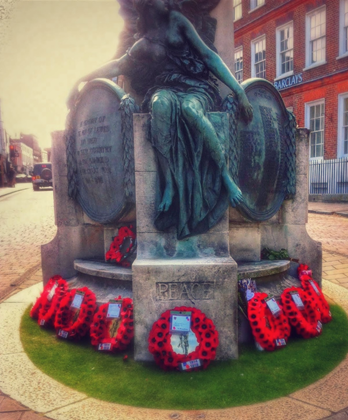