At the end of September 1918, the German commander Paul von Lettow-Vorbeck had made a clean break from his Allied pursuers in Portuguese East Africa (now Mozambique) and had crossed the Rovuma River back into German East Africa (now Tanzania). The German force had suffered around 15% attrition in recent battles and was losing more men to a bronchial virus, meningitis and smallpox. Nevertheless 172 Germans, 1260 African Askari and 3,000 porters and camp followers mustered on the north bank of the Rovuma. These were the hard-core of survivors from over four years of strenuous bush fighting and, although the Askari had not received cash pay for nearly two years, most of them maintained their loyalty to Germany. 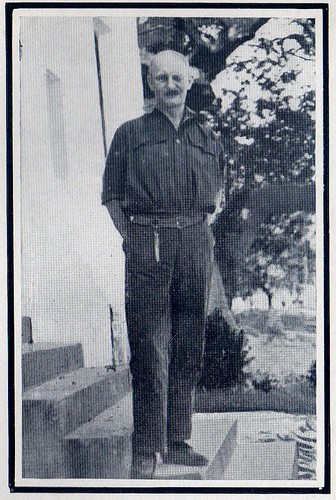 During October the Germans marched rapidly through territory to the east of Lake Nyasa living off the land in their usual determined fashion.  A pursuit was maintained by the 2nd Battalion of the 4th King's African Rifles and detachments of the Northern Rhodesia Police Battalion who sometimes skirmished with the German rearguard.  But the Germans were back on home soil and moving rapidly. German Wangoni Askari who lived in nearby villages started to desert but those Askari from more distant locations soldiered on. Badly wounded and sick men were left in the bush and these included the retired General Wahle who had given Von Lettow such excellent service since the outbreak of war. British troops found him but many of the abandoned Africans probably died or were killed by predator animals. Meanwhile the Belgians reinforced their Congo border areas and the British used steamers on Lake Nyasa to move troops northwards.

The Allies had been surprised by Von Lettow's re-entry into German East Africa. The expectation now was that the Germans would march northwards towards their traditional recruiting areas. However Von Lettow achieved another surprise by moving south from the head of Lake Nyasa into Northern Rhodesia.  Fife was attacked on 1 November but a garrison of the Northern Rhodesia Police Battalion had occupied the town just hours before and had quickly prepared defences. The Germans attacked at 1730 hours with light artillery support, driving in the British outposts. But the Northern Rhodesia policemen were themselves both tough and battle-hardened and they stood their ground in their hastily-dug trenches. The defence held and Von Lettow later recorded that during this action he had his narrowest escape from death during the war as British machine-gun bullets almost parted the hair on the back of his head. Not wanting to lose men unnecessarily the German commander shelled the Fife defences; he then broke contact and led his men deeper into Northern Rhodesia.

Von Lettow's next objective was Kasama from where he could strike southwest into the vast copperbelt straddling the Northern Rhodesia - Belgian Congo border, destroying Allied mines on his way. After that Portuguese West Africa (now Angola) lay at his feet and could be plundered at will. The Germans had no direct contact with Berlin and were unaware of the unfolding political events in Europe. The Allies had been caught very wrong-footed as most of their troops and supply routes remained in Portuguese East Africa, leaving Northern Rhodesia  defenceless. The Germans were in the driving seat.

The 1st Battalion of the 4th King's African Rifles, having been shipped up Lake Nyasa, now took up the chase supported by a company of Northern Rhodesia Police.  On 6 November the British surprised the Germans at Tumba Water Holes and made a successful bayonet charge through the bush to disperse the enemy rearguard. The British seized and held the wells which were critical as water sources to both sides. The Germans needed water not only for their men but also for the herds of appropriated cattle that moved with them.  Von Lettow occupied Kasama on the 9 November. 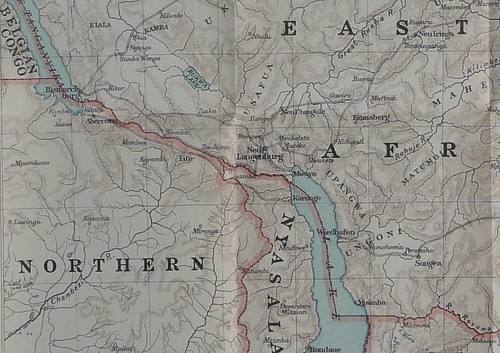 The date of 11 November 1918 was an historic day on other fronts but in East Africa business as usual prevailed. On the following day the British surprised their enemy on the Malima River north of Kasama. Three German companies were on the north bank facing to the north and three more companies were on the south bank.  The British troops covertly crossed onto the south bank of the Malima and a bayonet charge by eight platoons in line drove the three southern enemy companies back across the river. But now the concentrated fire of the machine guns of six German companies stopped the weaker British force from exploiting its gain and assaulting across the river.

A German advance party arrived on the Chambezi River, south of Kasama, on 13 November and fired at British defenders occupying a rubber factory. A British farmer joined the defence and engaged the enemy with an elephant gun from a position in the roof of the factory.  It is believed that the sound of this gun booming inside the factory led the Germans to believe that they faced an artillery piece. 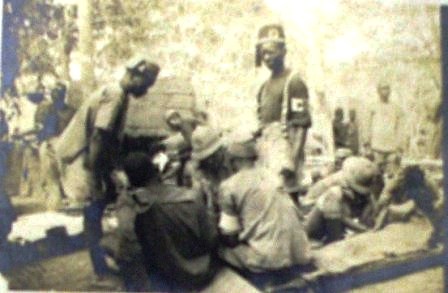 But by now news of the Armistice was spreading through Northern Rhodesia. The British passed on the information under a white flag and Von Lettow accepted it on 16 November, believing that the conditions could not be unfavourable to Germany. He had believed that his Askari would refuse to surrender but the main opposition came from some of his European officers and senior ranks. They remained unbeaten on the battlefield and they had stained Africa with too much of their own and their fallen comrades' blood and sweat; but German discipline was maintained and the fighting ceased.

Von Lettow and his troops were told to retain their weapons and to march to Abercorn near the southern end of Lake Tanganyika.  There, on 25 November, a formal parade was held and the German weapons laid down. Von Lettow, the Governor of German East Africa Doctor Schnee, 29 officers, 125 European senior ranks, 1,168 Askari, 1,522 African porters and 819 African women finally surrendered to a British Brigadier General. The German Africans were repatriated to German East Africa, soon to be named Tanganyika.  The German Europeans were confined in Dar Es Salaam before being shipped to Germany in January 1919. Meanwhile the virulent Spanish Influenza epidemic took its toll on all the surviving participants in the East African campaign.

In Berlin the German survivors from East Africa received a heroes' welcome as befitted unconquered troops, and marched through the Brandenburg Gate in their battered sun helmets and tropical uniforms. Von Lettow died in 1964. That same year the German government finally acknowledged responsibility for the back-pay of the remaining German Askari, over 300 of them parading at Mwanza, Tanganyika to receive their arrears of military salary.

i) The Defence of Fife

ii) The actions at Tumba Water Holes and the Malima River

Awards to members of the 1st/4th King's African Rifles:

Bar to the Military Cross

Battle For The Bundu by Robert Miller.

The Forgotten Front by Ross Anderson.

The History of The Northern Rhodesia Police by Tim Wright.

My Reminiscences of East Africa by General Paul Von Lettow-Vorbeck.