The Baron and the Barmaid

Sir John French, the commander-in-chief of the BEF until December 1915 was one of the many Anglo-Irish who served in the British Army in the Victorian and Edwardian period. Sir John's family was related to the French/De Freyne family which had settled in County Wexford in the fourteenth century. A distant cousin of Sir John's was Arthur, the 4th Baron de Freyne.

After attending Beaumont Oratory School (at Edgbaston) young Arthur graduated from Sandhurst and was commissioned into the Royal Fusiliers in 1899. 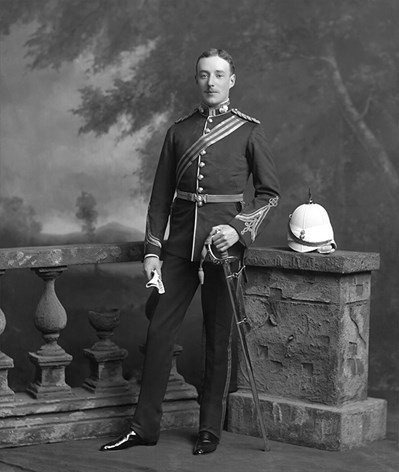 Above: Arthur pictured in about 1899 © Victoria and Albert Museum, London

In 1902 Arthur married Annabel Angus (born in 1874 to William and Ann Angus). Annabel's mother, after the death of her husband had run the Seafield Arms Hotel at Rothes, helped by her daughter Annabel. Without doubt Arthur's father, the 4th Baron de Freyne, was against the marriage: not only had Annabel given birth in 1891 to a son named Angus Ronald True, but had,  in 1899 married and later divorced another army officer, Captain Henry Alexander.[1] This was obviously far from acceptable in the social circles which the family inhabited. 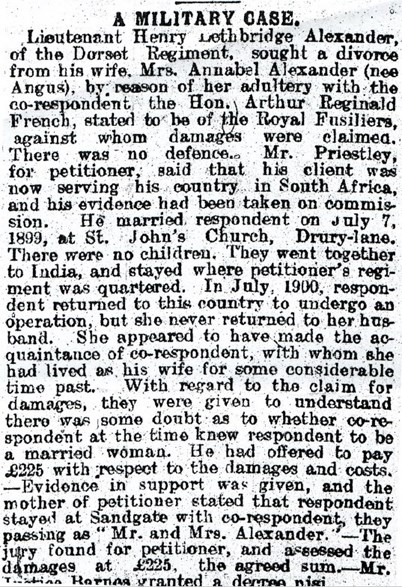 Above: The divorce in of May 1902 of Annabel and Captain Henry Alexander was reported in the News of the World 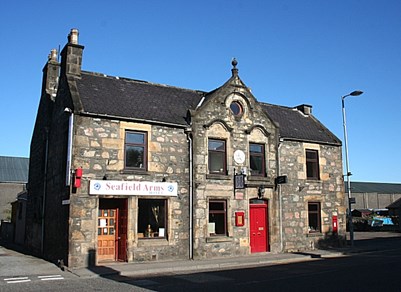 Above: The Seafield Arms Hotel at Rothes. Annabel helped her widowed mother run this pub prior to moving to London where she married Henry Alexander and later met and married Arthur.

Three years after he married Annabel, Arthur left for New York. It is likely he was intending joining his uncle who owned a farm in New Mexico. Booking into the Hotel St Denis on Broadway, a week later he disappeared from his suite leading to much speculation as to his fate in the New York newspapers. 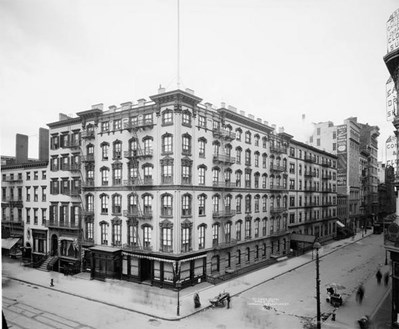 Above: St. Denis Hotel, Broadway & 11th Street, circa 1903. Image courtesy of the Museum of the City of New York

Mr French is a distinguished looking, tall, and with the bearing of a military man. When he was last seen at the hotel he wore a light fedora hat, a blue suit,  white and gray checked waistcoat, and brown boots.  He is 5 feet 8 inches in height, has a small mustache, and has a conspicuous scar across his nose...The present Baron de Freyne is one of the richest of the great landowners of Ireland.  He has a great seat at Frenchpark, County Roscommon, and his hostility to the Irish tenantry has made him a prominent figure.

Although it seemed that Arthur had come to a sticky end, this was not the case. For reasons that are unclear, he had enlisted in the United States Army at the recruiting office of Third Avenue and Eighth Street, and was assigned to A Company, the 8th Infantry Regiment at Slocum. Known as “the Dook of Fort Slocum”, he was popular with the other troops, sponsoring dinners for his colleagues on post by selling his civilian suits. 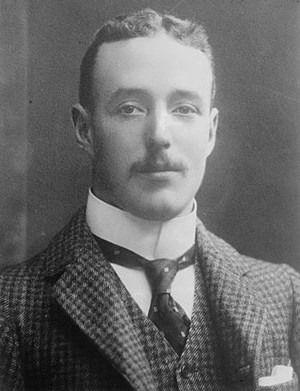 Above: Arthur French. Image courtesy of the Library of Congress

Upon the death of his father in 1913, Arthur purchased his way out of the US Army and, as the 5th Baron de Freyne returned to the UK. The sudden re-emergence of Arthur led, inevitably, to the humble origins of his wife being reported in the newspapers. It also seems that Arthur's fleeing to the USA (as a result of being denied funds by his father) resulted in Annabel commencing divorce proceedings against him. 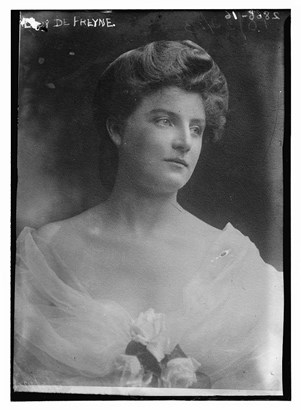 Above: Annabel French (Lady de Freyne). Image courtesy of the Library of Congress

Innkeeper’s Daughter Who Has Become A Peeress

LONDON, Oct. 8 – A great deal of interest has been evoked here by the story that the new Lord de Freyne, who is still to be heard from, but who, it now seems certain, is serving with the American troops in the Philippines, was married in 1902 to a beautiful Scotch girl, the daughter of an innkeeper.

She was Annabel Angus of Rothes, Elginshire.  Lord de Freyne, then the Hon. Arthur Reginald French, met her while she was employed in a London hotel, fell in love with her, and married her. Three years after the marriage, while he was still a subaltern in the Royal Fusiliers, he went to America and disappeared. Later it was learned that he had enlisted in the United States Army.

A telegram from Aberdeen days says that Lady de Freyne is the second daughter of William Angus, a Scottish inn-keeper. She spent her girlhood in the sleepy little town of Rothes in the picturesque valley of the Spey. Her father and mother were of humble parentage. There were three daughters of the marriage. The mother was left a widow when her family were still young.  She purchased the Seafield Arms Hotel at Rothes, and went to reside in the Speyside village in the early eighties.

A fair-skinned winsome child, Annabel Angus was educated at the public school of the village, and was a favorite pupil of the schoolmaster. She was regarded by her schoolmates as a particularly clever girl, and when the end of a session came she was never far from the top of the class.  When she left school at an early age she assisted her mother in the hotel for a few years.  Tall and fair, with a stately carriage, she was locally known as the ‘Belle of Speyside'. When 18 years of age she left home and went to London, where in a few years she was joined by her elder sister.

In London Miss Angus obtained work in a large hotel, and there met Lieut. French.  Their wedding took place by special license on November 14, 1902, and from that day until now only the nearest of Lady de Freyne’s relatives have been aware of her marriage.  The couple spent part of their honeymoon in the North of Scotland and visited Aberdeen, staying at one of the principal hotels.

Lady de Freyne’s mother, who was the daughter of a Highland crofter, married a second time, and died in 1899, three years before her daughter’s marriage.

On the outbreak of the war, Baron de Freyne (as Arthur was now known) was commissioned into the South Wales Borderers. He joined the 1st battalion in November 1914, about two months before his younger half-brother, George. 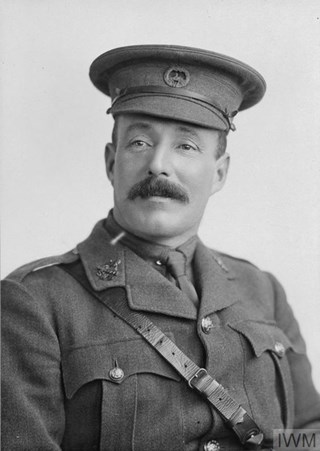 Above: Captain Arthur Reginald French, the 5th Baron de Freyne. The cap badge is that of the South Wales Borderers, dating this photograph to either 1914 or 1915. Image courtesy of the IWM. (HU 121129) 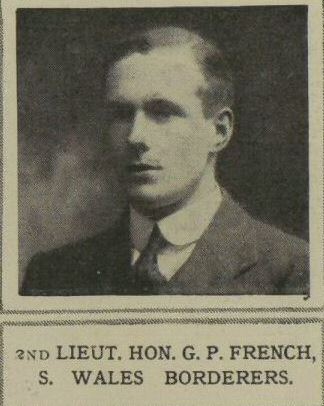 Serving with this regiment seems to have become a family tradition as a third brother, Ernest Aloysius French also joined the South Wales Borderers. The 1/SWB formed part of the 1st Division and, in 1915 were to be involved in the Battle of Aubers Ridge.

The attack at Aubers was part of a wider attack, led by the French Army. The British contribution was limited to a pincer attack north and south of the village of Aubers. The The Northern pincer would be made by 8th Division with the Southern attack by the (British) 1st and (Indian) Meerut Divisions: this to be on a 2400-yard frontage between Chocolate Menier Corner and Port Arthur.

At 5am the British artillery opened up. This was not as intense as had been managed at the earlier Battle of Neuve Chapelle due to ammunition shortages. Some of the fire was said to have fallen short - this was caused by barrel-wear on the guns. After an intensification of the bombardment at 5.30am, the infantry attacked. Although some of the attacking troops managed to break into the German lines in the northern attack, this was an isolated success and generally the attack broke down at an early stage.

In the southern attack, there was virtually no success at all. The 2nd Battalion Royal Sussex Regiment lost over 270 officers and men killed, and the 1st Battalion Northamptonshire Regiment suffered over 260 fatalities. Casualties were nearly as heavy in many other battalions, with the 2nd Battalion Royal Munster Fusiliers suffering over 150 dead.

Other battalions lost heavily, including those that made a second attempt in the afternoon. Among these was the 1st Battalion, South Wales Borderers. Their War Diary records the following for 9 May.

At 5.00 am artillery bombardment commenced. At 5.40 am assaulting battns assaulted the German trench. They failed to get into the first German trench owing to a ditch which had not been properly bridged, hostile rifle and MG Fire. These battns lost very heavily. As soon as the assaulting, battns got out of the first trench, the battn [1/SWB] at once advanced from the 3rd and 4th lines to take over the 1st and 2nd lines. 2/Lt Pollock and French were killed during this advance. The 1st line was then found to be crowded and B & C Coys moved into 2nd line...

At 11.30 am we received orders to take over the 1st and 2nd line with the Glosters and assault at 2.50 pm after a bombardment of 40 minutes... The assault was put off till 4.00 pm after bombardment starting at 3.50pm. The assault was again a failure owing to same reasons. During the assault we lost Capt de Freyne, Lt Turner, Lt Woodward, 2/Lts Botfield, Langlands, Jackson, all killed and 2/Lt Masters wounded. We then held first line till 7.00 pm when K.R.R's. of 6th bde. came up to relieve us. The battn then marched back by LE TOURET to HINGETTE ... Casualties 9 officers and 224 other ranks.

As mentioned in the war diary above, Captain Arthur de Freyne was killed, but so was his half brother George. The fatalities in the 1/SWB amounted to seven officers and 56 other ranks. The vast majority of these men have no known grave. Originally Arthur and George were buried in the same grave, in Edward Road Cemetery Number 2, but when the cemetery was concentrated into Cabaret-Rouge at Souchez, they were given separate, but adjacent, headstones. This indicates that when their remains were exhumed it was obvious which remains were for which brother. 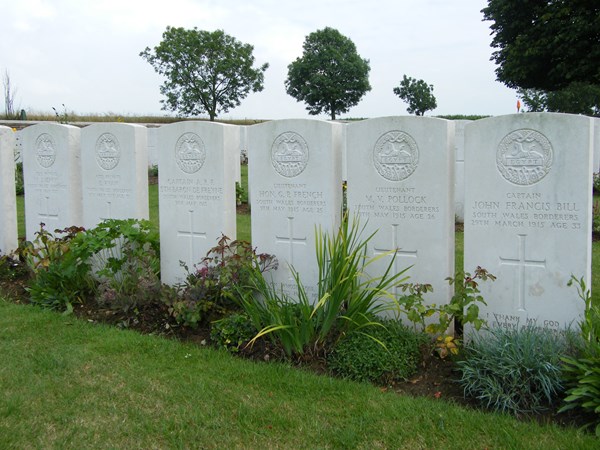 This was not the only loss for the French family. Ernest, the other brother in the SWB, was killed in August 1917.[2] A fourth brother, Edward, died two days after the Armistice whilst a Prisoner of War.[3]

The title of Baron de Freyne passed to the yet another brother, Francis, but the ancestral seat of Frenchpark was not able to be retained and was sold off in 1952.

Annabel, the widow of Arthur, the former barmaid from Rothes died in 1962. She had lived out her last years at Hove in Sussex; on her death left £30,000. She outlived her son Ronald True (who, it will be recalled had been born before she met Arthur). Ronald had died in 1951 in Broadmoor hospital, where he had been incarcerated after being convicted of murder in 1922. This, however, is another story.

[1] Annabel's first husband was Henry Lethbridge Alexander was born on 9 Mar 1878 in Langbaugh, Great Ayton, Yorkshire. He served in the South African War. During the First World War he was Deputy Adjutant and Quartermaster General British Forces, Italy. Post war, he was Director of Quartering, War Office in 1919. Henry's second marriage was to Dorothy Mary Blanche Long. They had two children. He retired - as a Major-General - and died on 20 June 1944 in Old Hunstanton, Norfolk aged 66

[2] Ernest (born 1894) was the third youngest of the 4th Baron's children. He is buried in Dozinghem Military Cemetery

Aubers Ridge 9 May 1915: The Unpleasant Truth

The Grimson family and WW1

Harsh Realities: The BEF's offensives of 1915 by Spencer Jones