In Britain, most of the commemorative anniversaries held to mark events or battles or the First World War have been mainly focussed on Europe and the heavy fighting that took place there. In contrast, the remembrance of faraway theatres has been much more subdued despite the enormous impact and devastation the conflicts had on the societies that it touched.

East Africa is such an example - yet it was the battleground of empires and their African subjects with fighting that ranged from modern Kenya and Uganda in the north through Tanzania to Mozambique in the south, leaving hunger and devastation in its trail. Despite lasting for over four years and impacting the lives of millions of people, it still remains one of the least known theatres of the war.

While the name and exploits of the famed German commander, General Paul von Lettow-Vorbeck, and the 1950s film The African Queen, which was inspired by an episode of the campaign, remain in the public consciousness, it is less appreciated that apart from the famous King’s African Rifles, the British brought in troops from the United Kingdom, India, South Africa, Nigeria, the Gold Coast, Gambia, West Indies, Nyasaland as well as both North and South Rhodesia to fight alongside with those from the Belgian Congo and Portuguese Mozambique. The opposing Germans, cut off by sea and blockade, used ingenuity, endurance and ruthless exploitation of their colonial subjects to survive in the field until the final Armistice in November 1918. 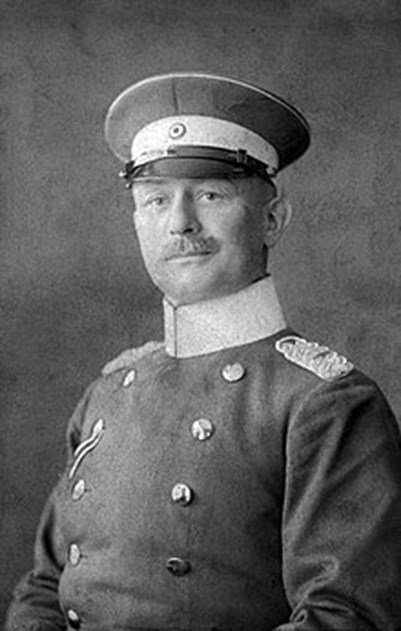 Above: General von Lettow-Vorbeck – ‘the Lion of Africa’ 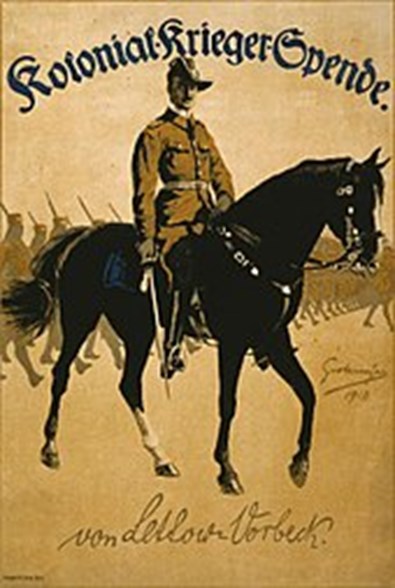 In contrast to the Western Front, the distances in East Africa were enormous and troop levels were low. Although there were a number of set battles, operations in East Africa were dominated by that of patrols and isolated columns moving through heavy bush with the nerve-wracking and constant threat of ambush. It was not uncommon for columns to advance a hundred miles through dense bush with their bases far in the rear and dependent on civilian carriers to move their supplies manually.

Most of this had to be accomplished while marching on foot in terrain that ranged from arid deserts to tropical jungles and formidable mountains. Notwithstanding the enemy and inadequate rations and poor clothing soldiers had to contend with dangerous wild animals such as lions, elephants and hippos as well as the clouds of voracious insects that made life a misery as well as disease.

The results were unprecedented levels of sickness, including malaria, dysentery, and pneumonia, for humans, while nearly every single pack animal perished from disease.

In 1914, the British brought in substantial reinforcements from the Indian Army to reinforce the King’s African Rifles and then subsequently two divisions of South Africans for the offensive of 1916. But decisive victory eluded them while disease and overwork ravaged their ranks. It was to be a greatly expanded African force that led the clearance of German East Africa in 1917 and the pursuit through Mozambique in 1918.

One of those serving in 1st Mounted Brigade, Mounted Commandos was Private Jan William Hurter Morkel (1455) who died of dysentery on 15May 1916 age 25 years old 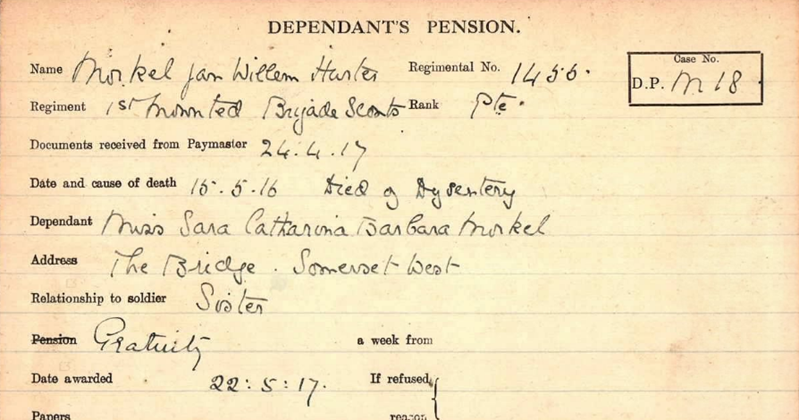 Above: the pension card for Jan Morkel.

Born on 13 November 1890 in Somerset West Cape Province, South Africa, he was better known as “Jacky” and attended the “Hottentots- Holland” school. He later made his rugby debut for Western Province as outside centre. At age 22, Jacky was selected for the 1912 – 1913 Springboks tour of the United Kingdom and France as outside centre and played in all five tests:

The 1912 – 1913 Springbok side was the first Southern Hemisphere team to achieve a “Grand Slam” of five wins against the four Home Nations and France. 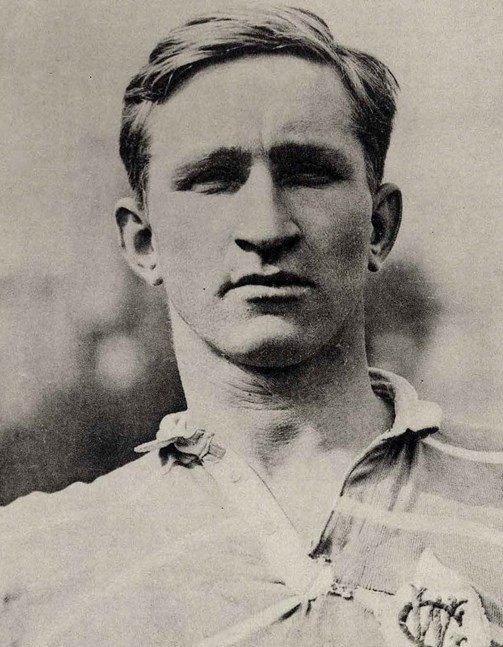 The Morkel family played a huge part in the early years of South African rugby, either side of the First World War.  The family originally came from Somerset West, a town situated 30 miles from Cape Town in the Western Cape.  Although most of the family played their rugby for Somerset West and Western Province, some members moved to Johannesburg and played their representative rugby for Transvaal.  In all, ten members of the extended Morkel family played for the Springboks between 1903 and 1928.  No other major rugby-playing country has produced so many rugby internationals from one family.

When the first World started in September 1914, although employed in an industry deemed essential to the war effort, Jacky joined the South African Mounted Commandos as a Private and served as a scout with the 1st Mounted Brigade under the command of Brigadier-General Jacob van Deventer in German East Africa. 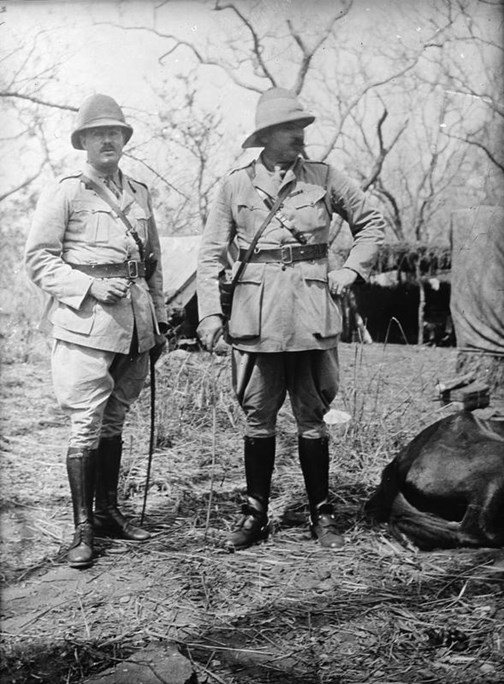 Above: Sir Jacob van Deventer (on the right facing away from the camera)

When Jan Smuts took command of the British Forces in East Africa on 12 February 1916, Morkel's brigade was with the 1st Division at Longido, following the unsuccessful assault on the German position at Salaita Hill. The brigade was transferred to Mbuyuni, arriving 4 March, where the 2nd Division was positioned, to act under the direct orders of Smuts, in the forthcoming move to occupy the Kilimanjaro area, before the rains arrived. The objective was rapidly achieved by 21 March, the 1st Mounted Brigade having played a critical role.

Smuts then reorganised his forces into three divisions: the First, under Major-General Hoskins; the Second, including the 1st South African Mounted Brigade at Aruscha, under van Deventer, recently promoted Major-General; and the Third, under Major-General Coen Brits. At the start of April, the forces under van Deventer began to advance southwards, the 1st Mounted Brigade taking Ufiome on 13 April, and pursuing the enemy until they reached Ssalanga on 17 April, where they paused to rest.

By this time, the rainy season had set in, and van Deventer's division was cut off, and unable to progress beyond KondoaIrangi. The troops lived off such local supplies as could be obtained, and their health severely deteriorated. The Germans, under direct command of Colonel von Lettow, the German Commander-in-Chief, took advantage of the situation to attack the 2nd Division at KondoaIrangi, commencing on 7 May and continuing until 10 May, when they withdrew. Meanwhile, van Deventer was unable to counter due to the loss of horses from disease, and the sickness of his troops. Sickness and disease were a constant problem for troops fighting in this harsh environment and after seeing action in the Kilimanjaro area, Jacky Morkel he fell ill and died of dysentery on 15 May 1916.He is buried in Dar-es-Salaam War Cemetery in Tanzania. 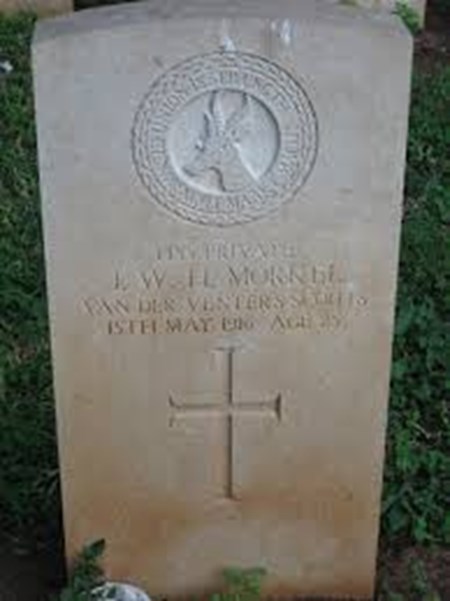 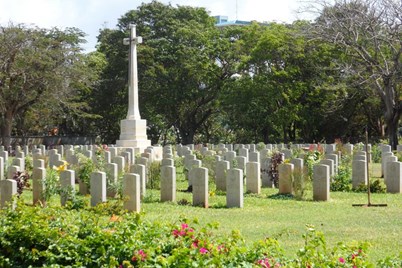 The entry for him in the International Roll of Honour shows how highly he was thought of:

“He upheld in the worthiest possible manner the teachings of the rugby game….and his case will stand for all time as a shining example to his countrymen.”

Close by is buried his friend and team-mate ‘Tommy’ Thompson, who was shot dead soon after Jacky fell ill.

Gerald ‘Tommy’ W. Thompson, (3744) 5th Regt. South African Infantry, was also a South African rugby union player and had played club rugby for Somerset West Rugby Club and was selected for the provincial team of Western Province in 1912. He was then selected to participate in the 1912–13 South Africa rugby tour to the British Isles and France, and was capped in three tests, against Scotland, Ireland and Wales, all in 1912. He played in a further 12 matches against club sides. He was considered to be one of the two best of an outstanding pack of South African forwards.

At the outbreak of the First World War, Thompson volunteered for service, first in South West Africa, and then in the German East Africa campaign, with the 5th South African Infantry. He was killed in action at Kangata when fighting the Germans entrenched in a concealed position in dense bush. During the firefight that ensued, Byron's forces took heavy losses, but sustained the attack until night, when the Germans retreated. Thompson was killed in action the following day, 20 June 1916, after a bullet pierced his neck.