Cavalry in the First World War was rarely used, at least in its traditional mounted role. A famous exception to this is the mounted attack towards High Wood on the Somme in 1916.

It is fortunate that cavalry divisions, held for the hoped for exploitation after the attack at Cambrai were still available when, on 30 November 1917, the Germans launched a counter attack in the Cambrai area. 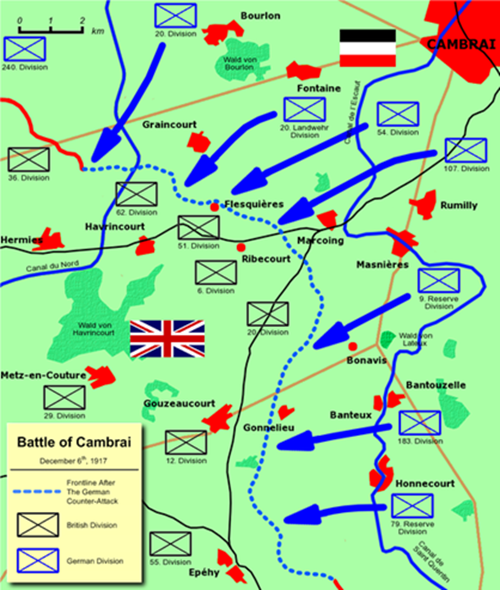 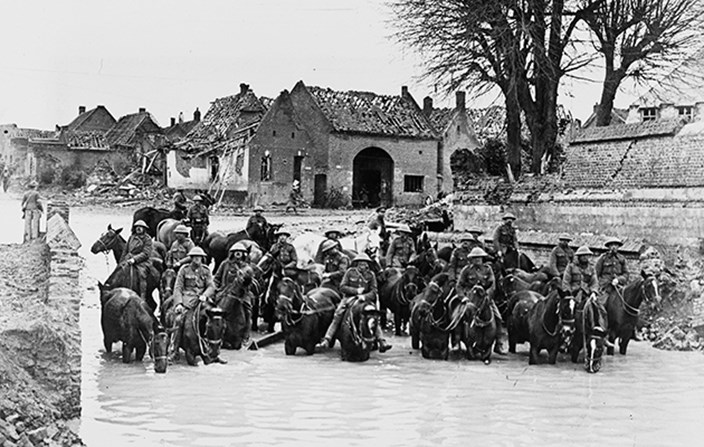 British cavalry watering their horses in a French village 1917

The troops in the various cavalry units were able to be used in a dismounted role, and that is exactly what was required of them but, besides being used dismounted, some attacks were made on horseback. It is incredible to think that the dawn of the tank coincided with the use of cavalry, both being used in the same battle. 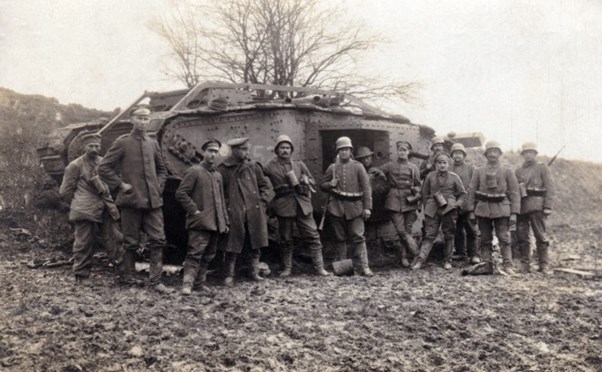 Above: German troops pose by the side of a captured British tank. A cavalry regiment ready for action. Meerut Cavalry Brigade on the march near Fenges, France, August 1915.

Accounts of the mounted charge by elements of the 4th Cavalry Division exist:

At 09.35 am on 1 December, the 2nd Lancers (Gardner’s Horse) of the Mhow Brigade commenced a charge followed by a squadron from the 6th Inniskilling Dragoons. This was against German positions in Gauche Wood and Villers Guislain

This was the first time we had been called upon to fight as cavalry in our three years’ field service. Our regiment was in the forefront of the attack.... Thanks be to God, the attack was made with the utmost bravery and it achieved splendid results. The fury of our charge and the ardour of our war cries so alarmed the enemy that he left his trenches and fled. At first we were assailed by machine gun fire like a rain storm, but how could the cowardly Germans stand before the onslaught of the braves of the Khalsa? 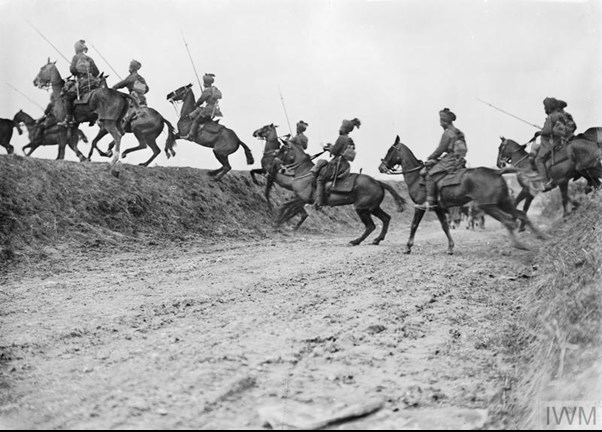 The attack was not without fatalities – some fourteen men, including the regiment’s commanding officer were killed. Most of the men are commemorated on the Neuve-Chapelle Memorial. Lt Col Turner is buried in Tincourt New British Cemetery

The 5th Cavalry Division comprised three brigades, (two Indian brigades and a Canadian brigade). The ‘exotic’ regimental titles of the units within the division are reminders of the Victorian Army: The 20th Deccan Horse, 34th Poona Horse, 9th Hodson’s Horse, 18th King George’s Own Lancers were the Indian Cavalry regiments present at the battle and part of this division. 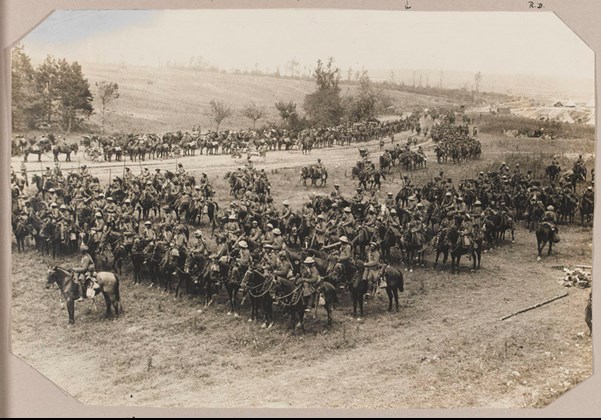 Above, the caption of this image (courtesy of the National Army Museum) suggests it is of 18th King George’s Own Lancers near Mametz, on the Somme, 15 July 1916. However other captions of this photograph name the regiment as the Deccan Horse. 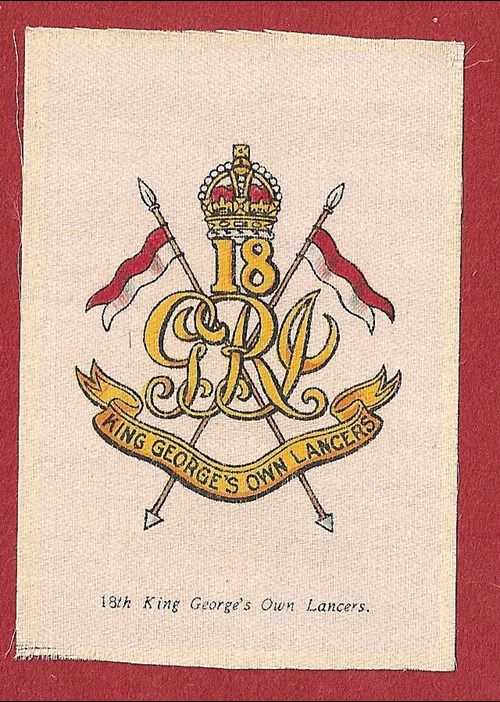 Officers of the 18th King George's Own Lancers who went in France in November 1914. Image courtesy of http://www.inmemories.com/

Again there is an account by an Indian soldier from this last named regiment that gives a flavour of the day’s action.

...We were ordered to attack advance again. The enemy this time left his trenches and fled; but about fifty Germans came running towards us shouting ‘India! Kamerad! Kamerad!’ The regiment continued its advance in a dashing manner, although heavily shelled by the enemy’s artillery; but by the grace of God there were no casualties except for Dafadar Sher Mahomed Khan. The enemy’s aeroplanes, flying low, fired on us, and Dafadar Falk Sher Khan was slightly wounded. A German prisoner lifted him in his arms and carried him to hospital, which was a fine deed.

The regiment’s fatalities amounted to five men on this day (1 December 1917) including Sher Mahomed Khan mentioned in the above account. The death toll included, again, the regiment’s commanding officer Lt Col Edwin Corbyn who was killed later in the afternoon. 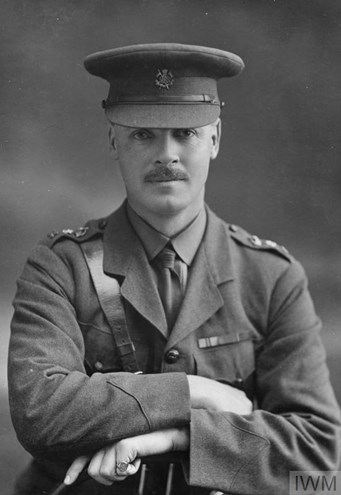 Lt Col Edwin Corbyn above and below on the left. Image below courtesy of http://www.inmemories.com/ 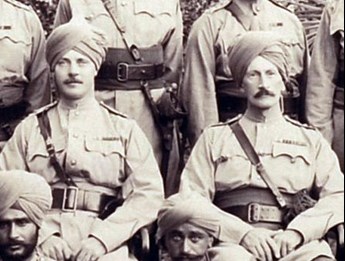