The Raid on Scarborough, Whitby and Hartlepool

Much has been written about the German naval raid on the East Coast on 16 December 1914. A lot of this has concentrated on the raid on Scarborough. Two other towns were hit in this raid, which took place on 16 December 1914, being Whitby and Hartlepool.

The German vessels were commanded by Admiral Hipper. 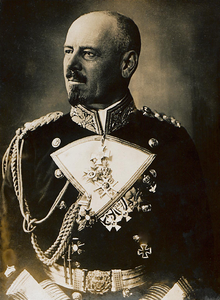 The warships departed German coastal waters at 3am on 15 December. During the night one of the destroyers escorting the capital ships was to become separated from the rest of the flotilla and foolishly radioed for information as to the heading to take. Ordered to maintain radio silence, the destroyer headed for home but en route was seen by four British destroyers which reported the position of the German vessel by radio. Hipper became worried that the British may be aware what was afoot.

Due to deteriorating weather the escorting destroyers and some of the smaller cruisers were ordered to return to port.

The remaining ships split into two groups. The Seydlitz, Blücher and Moltke headed toward Hartlepool, while Derfflinger, Von der Tann and Kolberg proceeded towards Scarborough.  Kolberg was ordered to lay mines off Flamborough Head (a little south of the town of Scarborough) whilst Derfflinger and Von der Tann began shelling the town. After an hour the bombardment stopped and the two battlecruisers moved on to nearby Whitby, where a coastguard station and other buildings in the town were shelled .

Hartlepool was a more important military target than the holiday resort of Scarborough. The town had large (civilian) docks which were defended by three 6-inch naval guns on the seafront. Two guns were at Heugh Battery and one at Lighthouse Battery. The guns were manned by 11 officers and 155 local men of the Durham Royal Garrison Artillery. 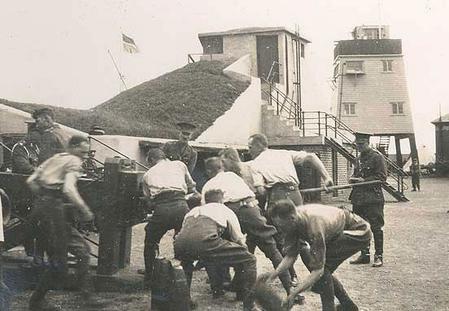 The gun crews were warned at 04:30 of the possibility of a German attack and consequently issued with live ammunition. At  08:10, the bombardment of Hartlepool began. The shore batteries were confused about the nationality of the approaching ships, but any uncertainty was extinguished once the shells began to fall. Fortunately many shells from the ships were fired at such short range that their fuses did not have time to set, so did not explode on impact.

Two shore guns fired at the leading ship, while the third fired at the last, smaller, vessel. The gunners were hampered by the clouds dust and smoke which badly reduced visibility. The defenders' shell fire caused little damage to the German shells which had armoured sides, so instead tried to fire into the masts and rigging. The well aimed fire of the third gun forced Blücher to manouvre to behind the lighthouse to stop further hits being inflicted. 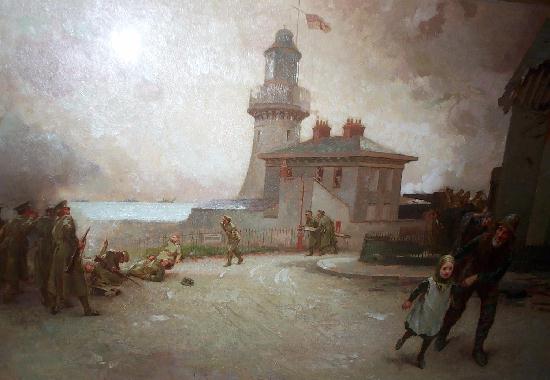 Above: The above oil painting can be seen in Hartlepool Museum and shows Theophilus Jones and other members of the Battalion lying wounded/dying. Image courtesy of Stephen Badcock's website.

The Seydlitz opened fire at 08.10 and Lt-Col Robson – the battery commander - dashed from his nearby home to take up his post as Fire Commander at Heugh Battery. 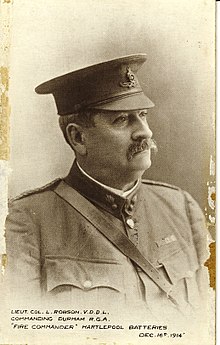 Remarkably, the first shell managed to cut the Fire Commander's telephone lines. Heugh Battery engaged first the Seydlitz and then the Moltke until these warships passed out of its arc of fire. The battery therefore concentrated on the static Blucher which was firing at Lighthouse Battery. Lighthouse Battery scored a direct hit on Blucher's bridge.

The action ended 45 minutes later. The shore batteries fired their last rounds at over 5 miles range as the German vessels withdrew. The Durham RGA suffered three men killed, and the local battalion of the DLI (18th) suffered a further five fatalities (with another man succumbing to his wounds the following day).

The commanding officer and three gun captains of the Durham RGA were later decorated, Lt-Col Robson receiving a Distinguished Service Order, Sgt T. Douthwaite a Distinguished Conduct Medal for extracting a live cartridge from the breech of the Lighthouse Battery gun after a misfire, and Acting Bombardier J.J. Hope and Bombardier F.W. Mallin each received the Military Medal.

These were the first two MMs to be gazetted after the institution of the award in April 1916. Hope's medal was the first MM minted, and the first to be presented.

Although the unit never went overseas, the Durham RGA did supply trained gunners for RGA batteries and other units on active fronts. Initially, the men who were in action who remained in the UK for the duration of the war were not eligible for the British War Medal as they did not serve in an active theatre of war. However, in 1920, all members of the Durham RGA in action that day were made eligible for the British War Medal.

The following are the three men from the RGA who were killed on this day. 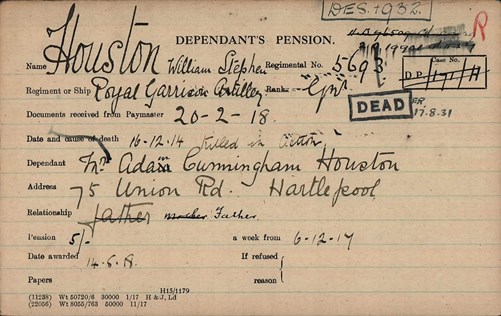 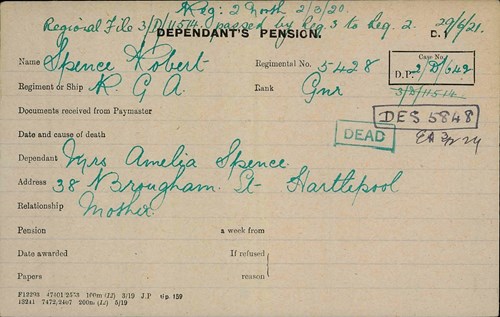 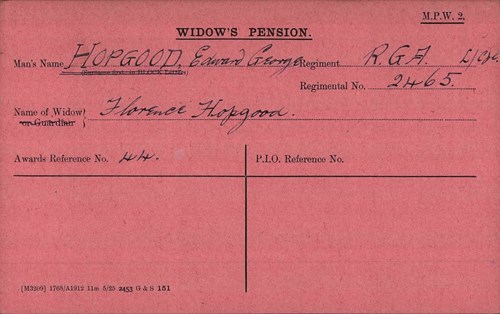 All are buried in Hartlepool or South Shields.

Much has been made of this being the first time that Kitchener’s ‘New Army’ troops came under fire for the first time. The following are the pension records of the Kitchener volunteers who were killed – all being in the 18th DLI. Notably, the raid resulted in the first death of a British soldier from enemy action on British soil for 200 years, when Private Theophilus Jones, of the Durham Light Infantry, age 29, was killed. 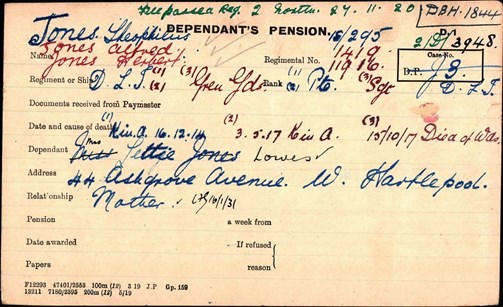 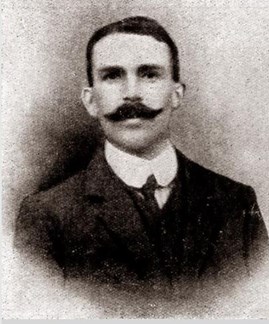 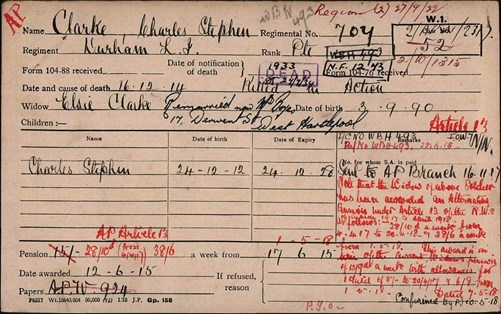 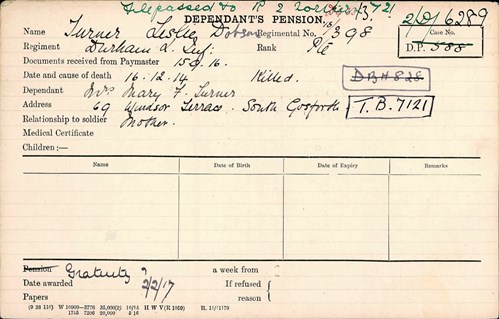 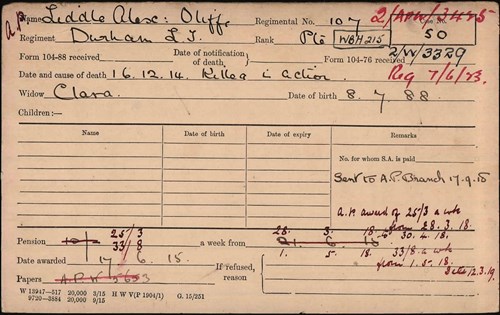 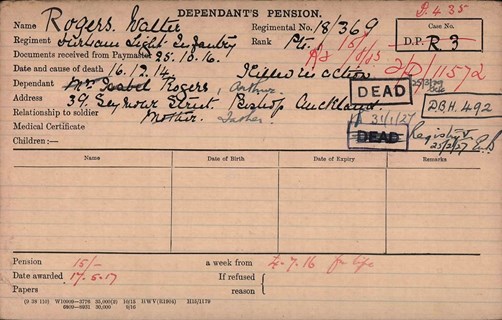 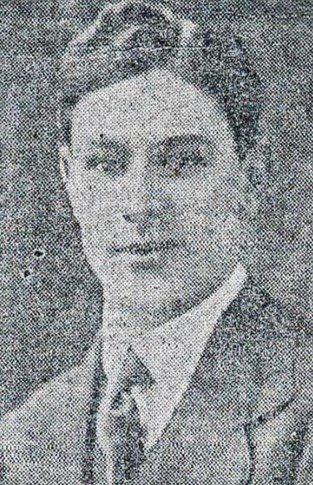 In addition to the above men who were killed outright, Private Minks died of his wounds the following day. 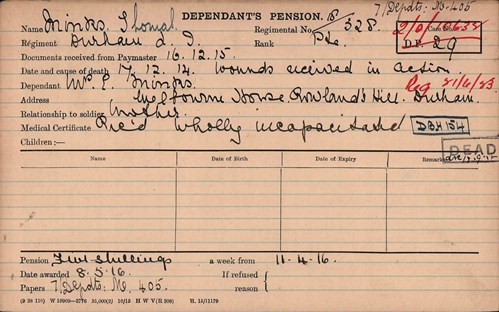 The RGA’s  guns did some damage to the German ships, resulting in eight German sailors being killed and 12 wounded.

It is believed that the German ships fired 1,150 shells into Hartlepool, striking targets including the steelworks, gasworks, railways, seven churches and 300 houses. 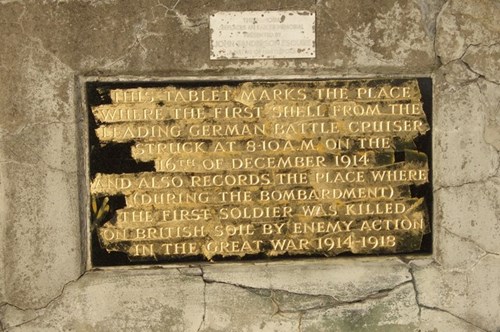 Above: A plaque markes the spot where the first shell fell.

Civilians fled the town but some were unable to escape - with 86 civilians being killed and 424 injured.

Although losses among civilians in the raid were heavy, the propaganda opportunity was not wasted by the British. 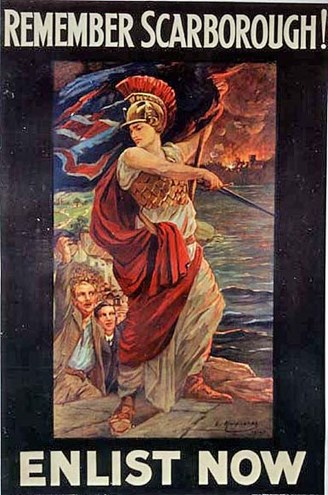 There are two excellent videos on The Western Front Association's YouTube channel:

The Raid on Scarborough by Dr Scott Lindgren examines the naval position before the First World War and looks at the action of the German Navy in December 1914.

The Bombardment of Scarborough by Keith Johnson is profusely illustrated with contemporary images and takes a close look at the town of Scarborough and how it suffered at the hands of the German Navy when it was bombarded on 16 December 1914.