For many years, it was thought that only one British family had suffered the loss of five sons during the war. The story of the Souls family was told by Neil Oliver in 2005 in his book ‘Not Forgotten’, which followed the TV series of the same name with Ian Hislop. 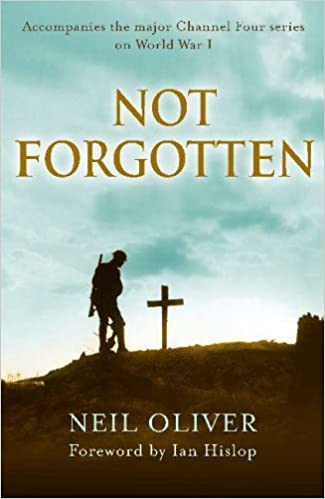 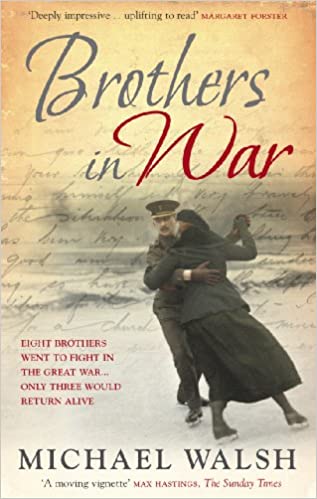 A further example of a family suffering such loss came in June 2014, with a story on BBC News regarding the Smith family from Barnard Castle. 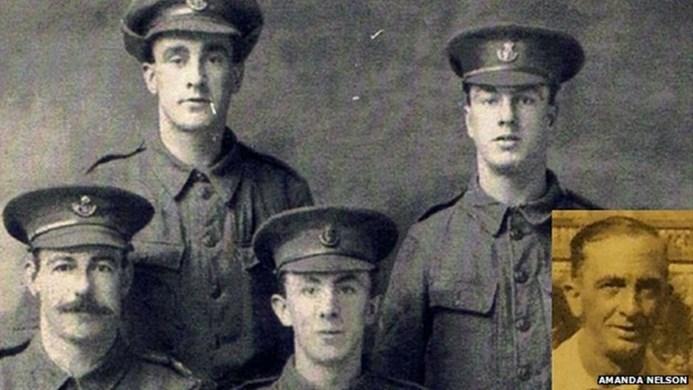 Above: Four of the five Smith sons from Barnard Castle lost in the war. The inset features Wilfred, the father of the sons featured. Photo – BBC News

Another example would be uncovered as a result of the work of The Western Front Association volunteers on the Pension Card projects in 2020 leading to the publication of an article on the WFA website about The Five Baldock-Apps brothers from Hurst Green.

Above: The five Baldock-Apps sons who died in the war

But another example can be added to this sad toll - the clue for this comes from a headstone inscription in Mendinghem Military Cemetery.

The headstone below is that of James Friend Shaw, who died on 31 August 1917, with the inscription from his family indicating “In loving memory of Jim & his four brothers killed in action. United in death”. James was the only one of the five brothers to have a named grave. In a strange twist of fate, three sons would die on 3 May, with two dying on the same day – 3 May 1917. 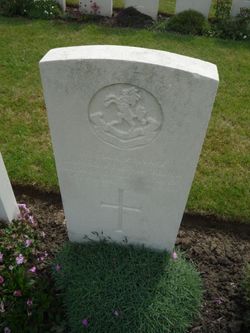 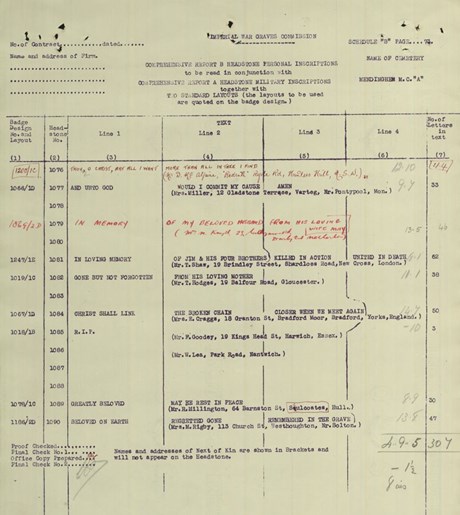 Above: James Shaw’s headstone (although it does not reveal the inscription paid for by the family). Photo – findagrave.com and the details of the inscription from the CWGC file.

The Shaw family lived in London. By the time of the 1901 Census, the family was in Rotherhithe, with father, Thomas, working as a Head Iron Plate Worker. His wife, Harriet, died in 1910. 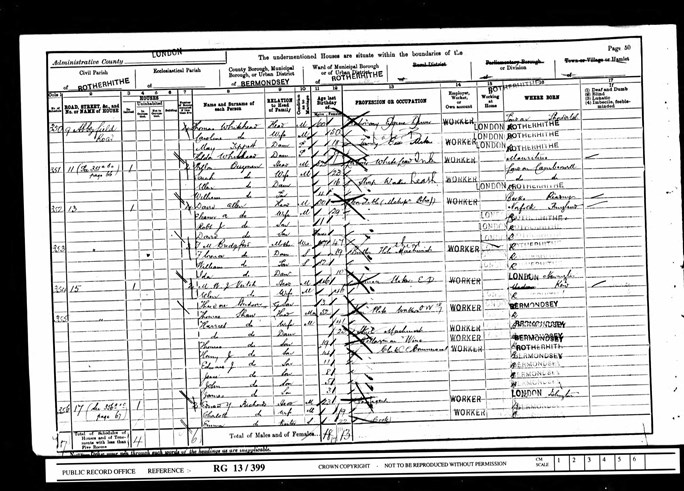 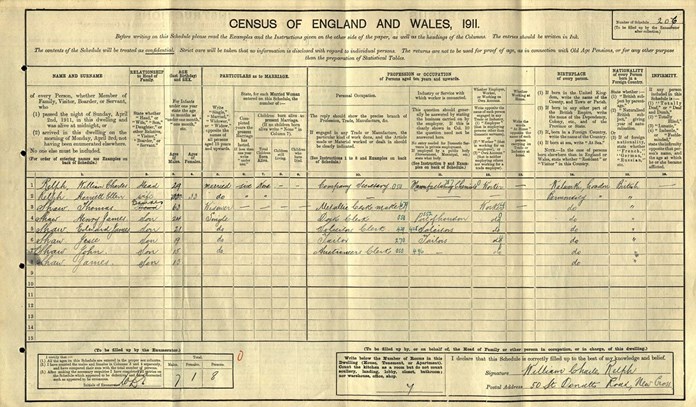 Jesse Shaw (born 1892) emigrated sometime after the 1911 Census. By the time of his enlistment at Liverpool, New South Wales on 4 September 1914, his employment was stated to be ‘contractor’. He left Melbourne in December 1914, serving in the 13th Battalion. Jesse was evacuated from the Gallipoli peninsula at the end of April 1915, having received a bullet wound to his lung. He died on board a Hospital Ship on 3 May 1915 and was buried at sea and is commemorated on the Lone Pine Memorial in Gallipoli. 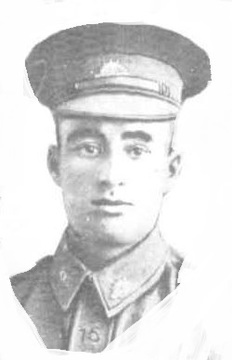 Within Jesse’s service record, there is a letter from his brother, Edward John, who had seen a reference to a J. Shaw of the 13th Battalion in a recent casualty list. 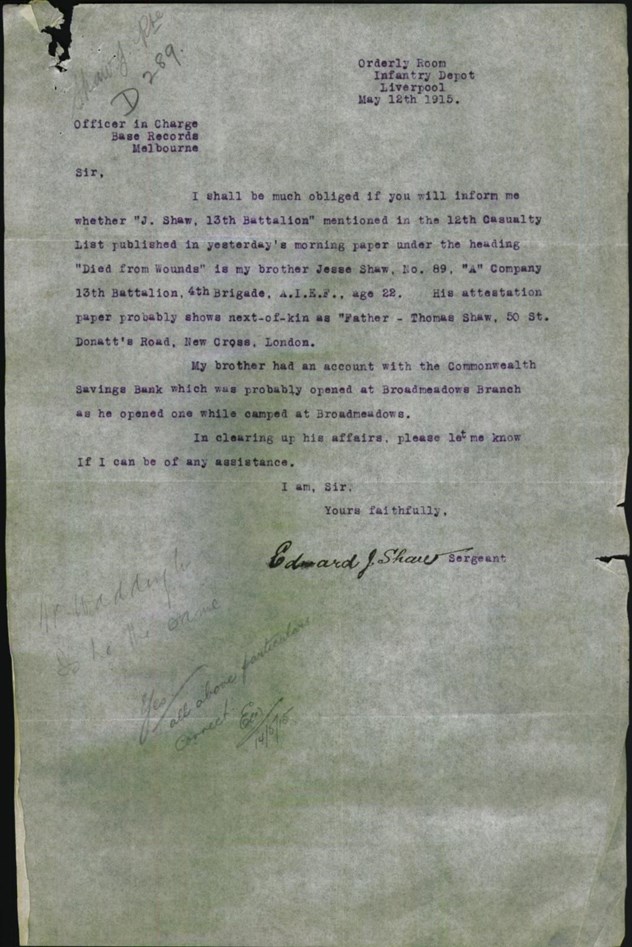 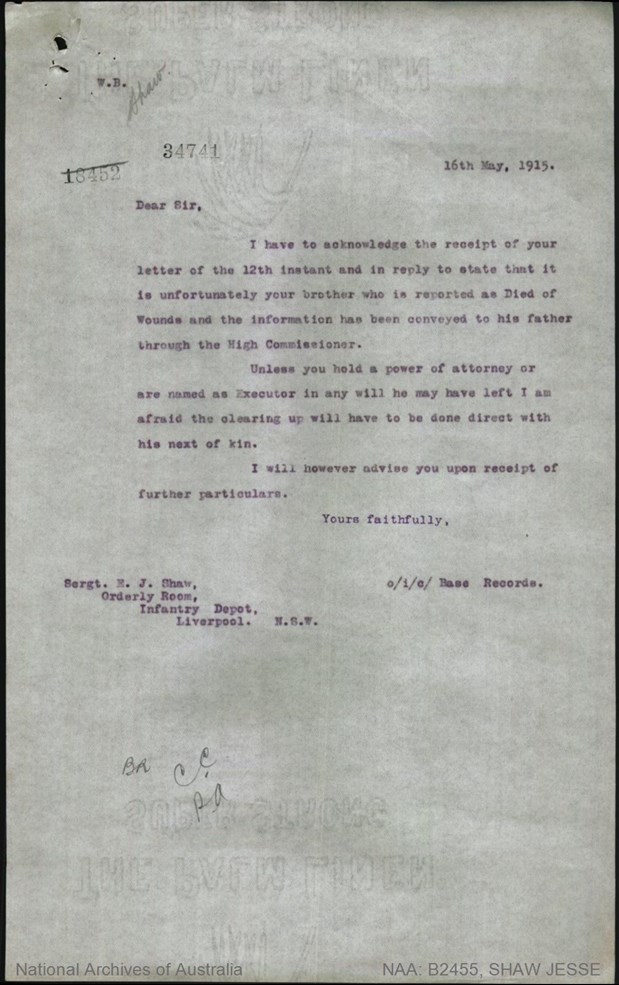 Above: the letter from Jesse’s brother Edward and the response.

Edward John Shaw (born 1889) emigrated to Australia with his elder brother Henry James (born 1886) in August 1913. In August 1915, Henry arrived back in England and within weeks of his return, he enlisted in the Royal West Kent Regiment. Prior to his posting overseas, he married Beatrice Kate Shaw. He later served in France as a Lance Corporal in the 11th Battalion from 3 May 1916 until his death on 15 September 1916. Henry has no know grave and is commemorated on the Thiepeval Memorial. 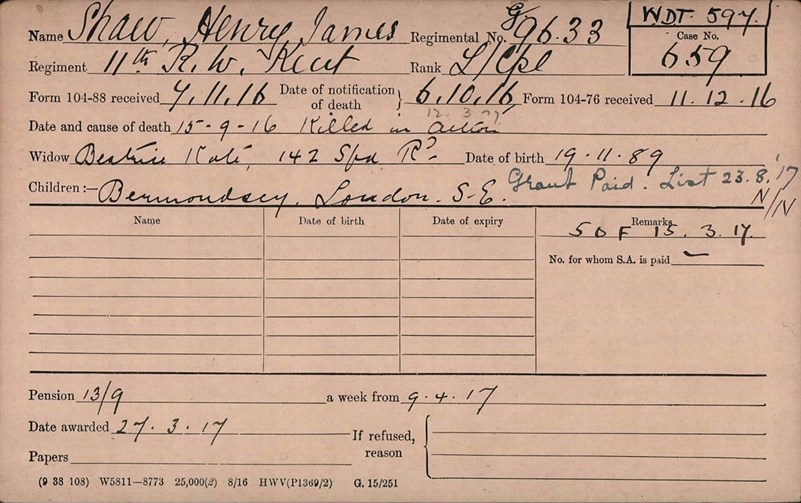 Above: The pension card relating to Henry James Shaw. His widow received a pension of 13 shillings and ninepence.

Meantime, Edward enlisted in Australia in January 1915, being commissioned as a 2/Lt in the 20th Battalion. He left Australia in January 1916 and later went to France in April 1916. Promoted to Lieutenant in July 1916, he was reported as ‘missing in action’ on 3 May 1917 in a trench raid at Bullecourt – exactly two years since his brother Jesse’s death. Edward is commemorated on the Villers-Bretonneux Memorial in France. 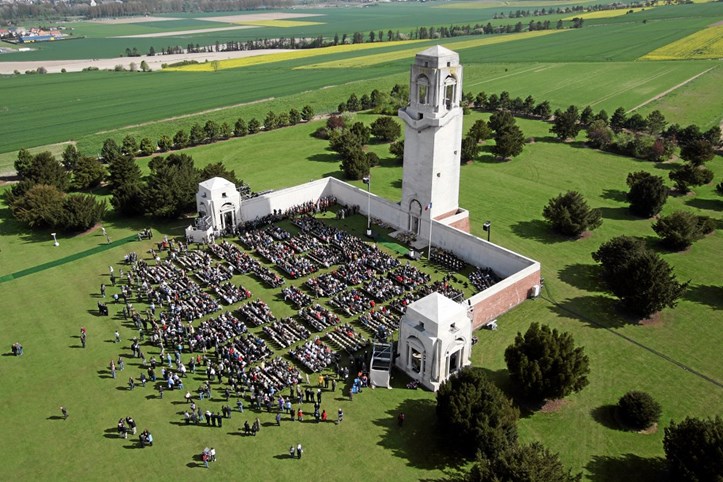 Above: The Villers-Bretonneux Memorial. Photo – CWGC

The date of 3 May 1917 would also bring further grief to the Shaw family, as yet another brother died on that day. Thomas Samuel Shaw (born 1881) was serving as a Private in the 8th King’s Royal Rifle Corps. He had married Susie Lilian White in 1909. He is commemorated on the Arras Memorial in France.

The fifth of the Shaw sons to die in the conflict was James Friend Shaw (born 1897), serving as a Private in the 20th London Regiment. As mentioned above, he is buried in Mendinghem Military Cemetery. 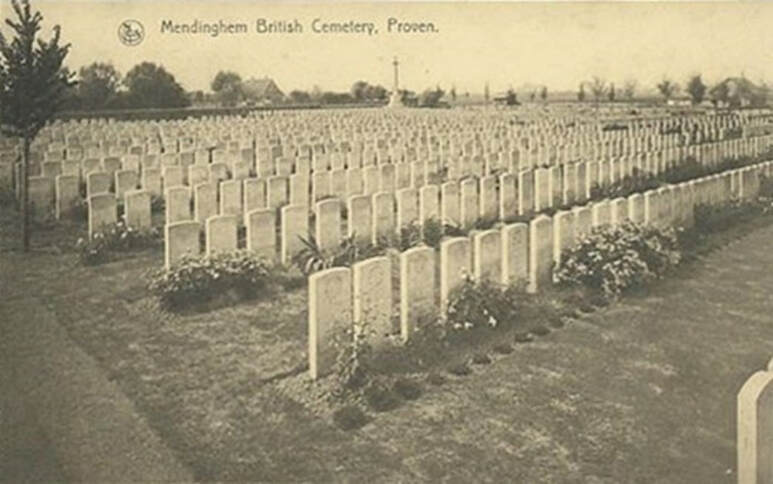 Brothers in War by Michael Walsh