This is the third of three article intended to show what is available at The National Archives ('TNA') at Kew in the PIN26 series. As has been detailed in the first article and expanded on in the second article, PIN26 provides an insight into the soldiers' files from the Great War which have been destroyed, but which are referenced in the WFA's 'Pension Record Cards and Ledgers'.

In this article it is intended to look at the final four cases randomly selected to provide examples of the documents within those files which have been saved by TNA.

William survived the war and ordinarily we would have expected there to be a 'survivors' card within the WFA records. In this instance the card (shown below) is one of the set for soldiers who died during the war. It is the case that next of kin of soldiers who died shortly after the war were able to claim the pension on the same basis as if the soldier had been killed during the conflict. What is surprising here is that William (according to the death certificate held on his file) died in 1947 aged 74. This indicates William was in his mid 40s during the period he served in the RASC. His service in the MEF between October 1915 and February 1916 suggests service in Gallipoli. 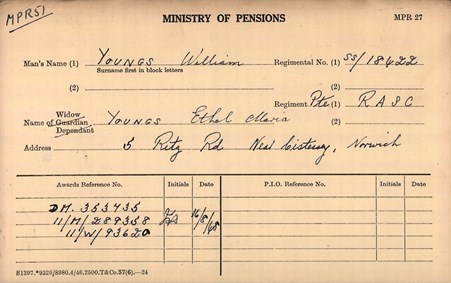 His full file is available at TNA under reference PIN26/19523

This is a very interesting and complex case because he served under the alias of Brown, despite his family name being 'Neale'.

There are, remarkably three cards for him in the WFA's pension records plus a ledger. These are shown below 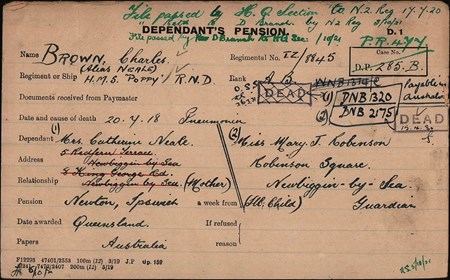 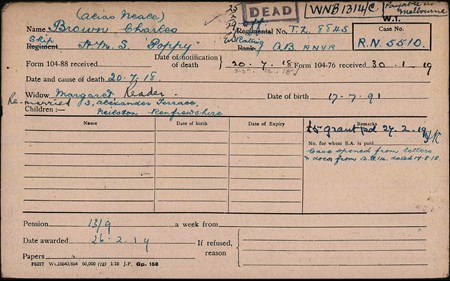 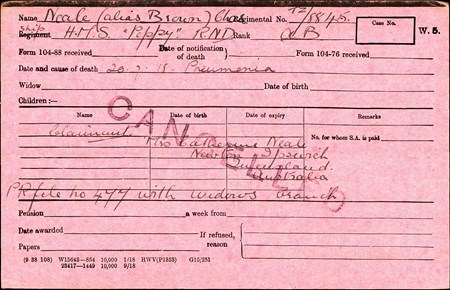 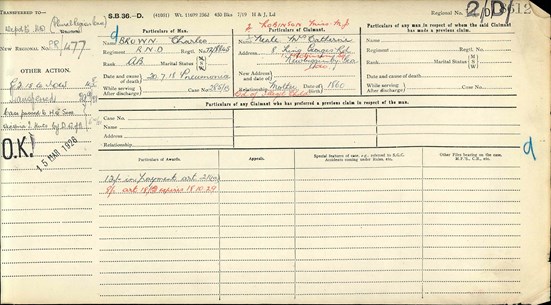 In addition, there is another (unused) card within the PIN26 file for him which is available under reference PIN 26/19822 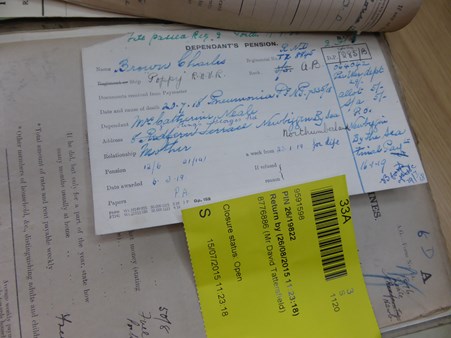 This is not the end of the complexities in this case, as the pension was claimed from Australia, as can be seen on the digital photos of these pages which can be viewed on THIS LINK

This is a name that will be familiar to many WFA members. He was awarded the VC as 'The Piper of Loos'. The citation for his VC is as follows.

London Gazette, 18 November, 1915. For most conspicuous bravery prior to an assault on German trenches near Loos and Hill 70 on 25th September 1915. During the worst of the bombardment, when the attack was about to commence, Piper Laidlaw, seeing that his company was somewhat shaken from the effects of gas, with absolute coolnesss and disregard of danger, mounted the parapet, marched up and down and played the company out of the trench. The effect of his splendid example was immediate, and the company dashed out to the assault. Piper Laidlaw continued playing his pipes till he was wounded.

His Pension Ledger can be seen below (and his Pension card, coloured blue, is below also). 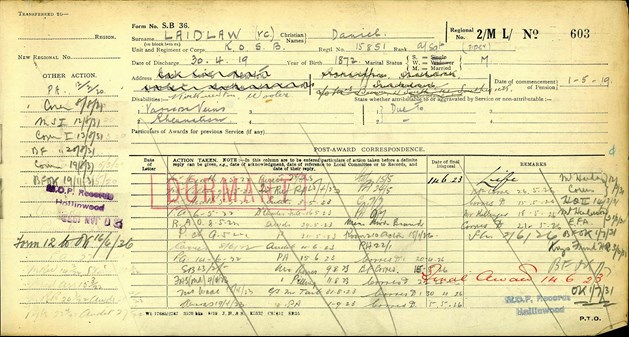 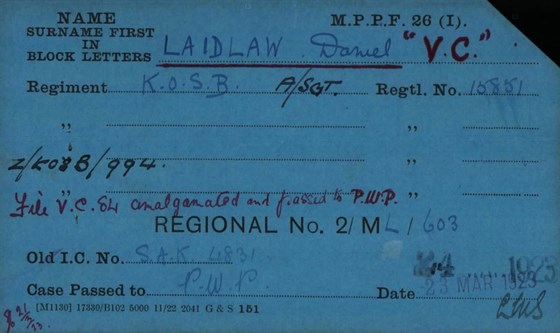 The final example to be shown in this article is that of James Alves, who also survived the war despite having had a leg amputated and a gunshot wound to his chest. This can be found on his pension ledger (1/MA/17) 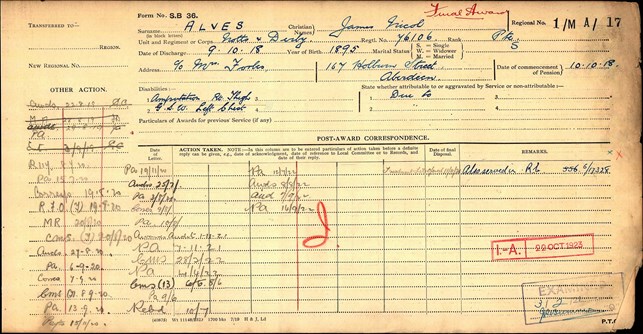 His pension card is shown below. 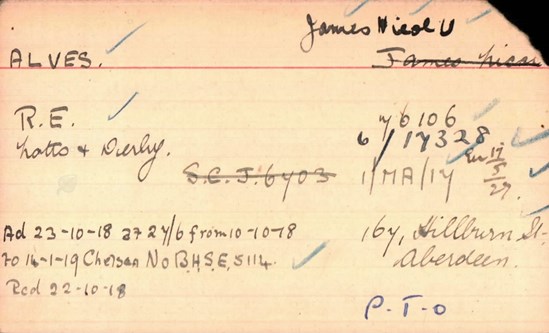