The First World War in the Classroom: Teaching and the Construction of Cultural Memory

Barely forty-eight hours into the first centenary year of the First World War, History teachers found themselves under attack from the Secretary of State for Education, Michael Gove, for the way the topic was (believed) to be taught in British classrooms. His remarks quickly developed into a heated debate on how the subject was taught. 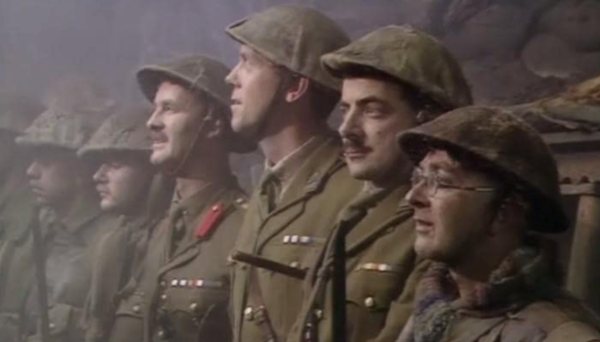 The Daily Mail claimed, in its introduction to Gove’s comment piece, that the TV series Blackadder Goes Forth was ‘still shown in schools to help children learn about the war’.(1) However, while this view is not Gove’s invention, it is unclear on what evidence these claims are made.(2)

Undoubtedly schools play an important role in the transmission and (re)- interpretation of the literary, historical and cultural legacy of the First World War and the values and lessons that should be drawn from this momentous historical event. However, the assumption that secondary-level teaching of the war is limited to the ‘trench poets’ and the Western Front seems almost entirely based on anecdotal evidence or individual testimonies and cannot hope to reflect wider teaching practices across the UK.

In February 2013, in response to this lacuna, the first serious study into the way the First World War is taught via History and English Literature in England was launched, funded by the Arts and Humanities Research Council (AHRC). Entitled ‘The First World War in the Classroom: Teaching and the Construction of Cultural Memory’, at its heart lay the question ‘do academics really know how the First World War is taught in English literature and history classrooms in the UK?’ The project ran until May 2014 and was based on an interdisciplinary approach, involving the collaboration of the University of Exeter and Northumbria University.(3) The researchers also worked closely with the English Association, Historical Association and the Institute of Education, London. The active phase of the project included an initial two-day workshop with teachers, representatives from professional bodies, museums and exam boards and academic experts, followed by an online survey and three regional focus groups. As an exploratory project(4) with a limited budget its remit was, for the time being, restricted to secondary schools located in England, acknowledging the different systems in place in other parts of the UK.

The online survey, which was split into two distinct pathways for English and History teachers, was open from 21 June to 1 December 2013.(5) It was advertised widely and, despite being of rather formidable length, attracted 98 English Pathway respondents and 353 History Pathway respondents, many of whom were Heads of Department (29.3% in the English Pathway; 52.9% in the History Pathway). Overall, the sample of respondents represented around 4.6% of all History departments and 0.9% of all English departments in secondary schools in England.(6) Generally speaking, the aim of the survey was to gain depth rather than breadth of insight, reflected in a mix of qualitative and quantitative questions with ample free-text options and opportunities to rate responses on a scale of importance or relevance. The survey achieved a representative demographic spread among respondents with respect to location, age, gender, ethnicity and religion,as compared to figures from the third annual School Workforce Census in November 2012.(7)

The full report – detailing over one-hundred pages of data and analysis – s freely available via the project website, http://ww1intheclassroom.exeter.ac.uk. We are grateful to The Western Front Association for giving us the space to outline some of the project’s main findings but would encourage any interested readers to look at the report in full. Overall, in the course of the project, we noted both striking differences and clear similarities across the two subjects under investigation, History and English Literature. Teachers across both subjects feel hampered by time and curriculum constraints and sought to combine the teaching of cultural and moral awareness of the cost of the First World War with the teaching of its history and literature respectively. Although public criticisms of the teaching of this subject are usually directed at History teachers, such as recent debates over the use of Blackadder Goes Forth or canonical war poetry in teaching about the war, English teachers also feel affected by these controversies.

What emerged most forcibly from our workshop, survey findings and focus-group discussions was the strong sense of dedication to teaching the First World War among our participants, a self-selecting group of 451 teachers with a special interest in the conflict. Their commitment is echoed in many recent letters to the press and comments in social media. Our various interactions with these teachers confirmed that where popular representations such as Blackadder Goes Forth are used in the classroom, it is, more often than not, as a window into deeper discussion and with a critical understanding that the war, since its outbreak, has been subject to multiple and contradictory interpretations. In the case of History specifically, the emphasis placed on traditional First World War topics, such as the causes of the war, soldiers’ experience, the trenches, and/or the Western Front is a result of key stage, curriculum content and exam board specifications, rather than a refusal by teachers to integrate broader and more complex topics into their teaching.

Training and Continued Professional Development emerged as fundamental to these highly committed teachers, allowing them to stay up-to-date with pedagogical, historical and/or literary thinking. Therefore, this is perhaps the key interface where teachers at secondary and university level can interact in order to allow the most recent research into First World War history and literature to penetrate the classroom. We hope our report will act as a ‘call to action’ for academics to get involved with schools during the centenary period, offering podcasts, guest lectures, abstracts of their articles, or simply a chat with a local teacher (amongst many other forms of interaction) about ways to integrate recent First World War scholarship into their teaching practice.

However, we also acknowledge that we have only seen a snapshot of First World War teaching; our findings are restricted by the self-selecting and enthusiastic nature of our participants. It required a rather committed enthusiast of the subject to undertake a survey that took around twenty to thirty minutes to complete. On the whole, we have been exposed to excellent and innovative teaching. Those teachers who (for whatever reason) are less committed to the study of the First World War and its literature may well rely on traditional interpretations and methods in their teaching. At the very least, they are unlikely to give up their free time to take part in a research project of this nature.

One of the most fundamental questions for teachers appears to be the remit of their respective discipline. As both History and English teachers lay claim to teaching the cultural history of the war, whether through literature or non-literary sources, this can result in friction as well as unnecessary overlap between the two subject areas. The issue is aggravated by (and in turn partly causes) the current dearth of systematic cross-curricular work. In response to recent criticisms that ‘the war [is] “only ever taught as poetry now”’,(8) we would suggest that teaching the war through poetry need not be problematic if History and English Literature were enabled to better work together in contextualising individual literary responses to the First World War.

Though by no means shared by all teachers, there appears to be a widespread sense of obligation to combine the teaching of the war’s history and/or literature with developing pupils’ capacity for empathy and a moral stance on warfare generally. This is potentially problematic in the sense that teaching the First World War with an emphasis on suffering risks blinkering pupils to the diversity of the war’s experience.

Some of our respondents felt strongly that conveying the complexity of war’s experience is important and endeavoured to achieve a balance between investigating suffering and sacrifice and war as a catalyst for personal and social development, despite restrictions to teaching time and content. As such, they contribute directly to a re-shaping of the war’s popular memory by broadening new generations’ understanding of what the First World War entailed.

Setting aside the plethora of practical challenges which teachers face, the key challenge as well as the greatest opportunity in teaching about the First World War is finding ways of making the war matter to each new generation of pupils. Teaching plays a vital part in perpetuating and indeed shaping the popular memory of the war, but its effectiveness depends on making the past relevant to the present and future. The vast majority of our respondents recognised this and responded to the challenge by, for instance, drawing their pupils in by establishing family or local links to the war, a strategy that also informs the government- sponsored Institute of Education WW1 Centenary Battlefields Tours, which emphasises preparation and experience with regional focus.(9)

(2) Over the past three decades, historians have repeatedly deplored the way in which First World War teaching at secondary level contributes to the formation of a very narrow memory of the war. See Badsey, B. (2001) ‘Blackadder Goes Forth and the “Two Western Fronts” Debate’, in G. Roberts and P.M. Taylor (eds), The Historian, Television and Television History, Luton: University of Luton Press; Beckett, I.F.W. (2007) The Great War: 1914-1918, 2nd ed., Harlow: Longman; Bond, B. (2001) The Unquiet Western Front: Britain’s Role in Literature and History, Cambridge: Cambridge University Press; Sheffield, G. (2001) Forgotten Victory: The First World War, Myths and Realities, London: Headline.

(4) Details of the grant scheme can be found at http://www.ahrc.ac.uk/Funding- Opportunities/Pages/Care-for-the-Furture-Exploratory-Awards.aspx [sic] [Last accessed 2 May 2014. Page no longer available 2021].

(5) For a comprehensive account of the survey, its design, advertising and analysis, please refer to the full and final project report on ‘The First World War in the Classroom’, which is available via the project website: http://ww1intheclassroom.exeter.ac.uk/

(6) For a full breakdown of figures, statistics and demographic data, please refer to the project report, which is freely available via the project website (see above).

(8) ‘“Poetry is no way to teach the Great War” Paxman says schools should address the important issues rather than fixating on horror, writes Nicola Woolcock.’ The Times, 14 March 2014,p. 3.