The life and death of soldiers of West Indian Regiment at Seaford Camp, East Sussex during the First World War 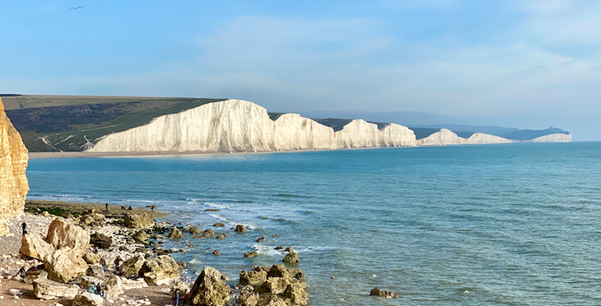 Set up in a hurry in the opening months of the First World War Seaford Camp in Sussex on England's south coast wasn’t ready for its first 10,000 trainees in September 1914 so the men, new recruits into Kitchener's Army from southern Wales and east Lancashire found themselves billeted on the town of Lewes, Sussex They were divided three ways between empty buildings, spared municipal buildings (including the Town Hall and Court Rooms) as well as local homes.

A week later some marched off to Eastbourne as the Workhouse had been declared insanitary and there was nowhere else to put them. A week after that the rest, some 9,000, made it into tents hastily erected in fields on the edge of Seaford 11 miles down the road and on the Channel coast.

Seaford is known nationally for its picture postcard views from Seaford Head of the Coastguard Cottages and the chalk cliffs of the Seven Sisters and locally for the strength and frequency of the south westerly gales which blew straight off the English Channel from the North Atlantic.

The first winter the rain hit and neither the tents nor the huts that were going up could cope and once again the men were found billets, this time on Eastbourne. One 17 year old Lancashire lad found love, survived the war and five years later returned to marry and settle in the town.

As the weather improved in early 1915 the men returned to the camp and the tents were replaced with wooden huts the men and this first batch of recruits for the most part headed for Salonika, an 'easier' war then those who found themselves at Gallipoli or on the Western Front. There had been some drunkenness that winter, some illness, death by misadventure when a sergeant jumped from Newhaven Bridge into the River Ouse and one suicide.

The following year saw Jamaican men and their white officers, as well as Canadians and a mixture of Lancashire Regiments in training at Seaford Camp. The winter weather was once brutal, but war weary or Town Councils now less inclined to have men billeted upon them, the recruits in training had to make do in cold and damp accommodation. 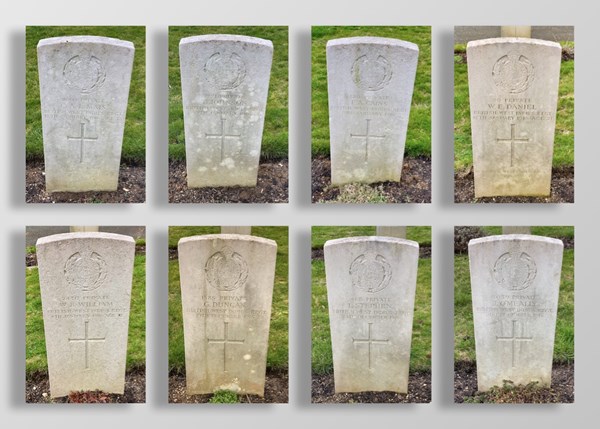 Those who died that December 1915, and January 1916 did so from severe colds and ‘flu brought on by the wet and the exposure to the wind and gales which along the coast is always far stronger than inland. A similar hastily built training camp at Patcham north of Brighton was off the coast and more sheltered. 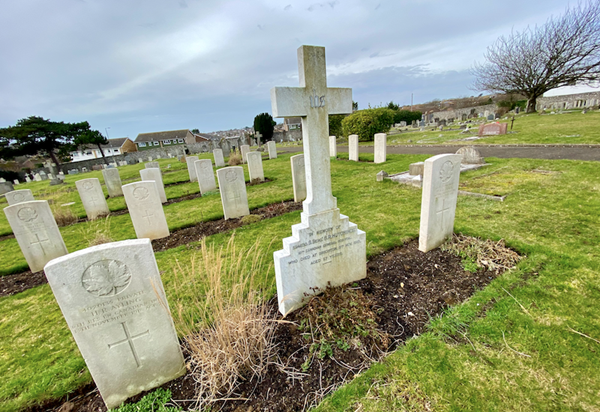 Plenty of men in the Seaford Camp died. They were buried in Seaford Cemetery. Most have the standard CWGC headstone and are featured in the usual way by name and rank and regiment even if then Black Jamaican men of the West Indian Regiment were for the most part destined for labouring duties in Mesopotamia. Here they are remembered and are buried alongside Canadian forces, as well as others from Lancaster regiments amongst their number, one Forrester and one Moslem man who has been set aside as his religion would dictate in his own plot. The only indiscretion here are a number of grander private memorials to the individuals who died that break up the otherwise familiar, regimented ranks of CWGC headstones. 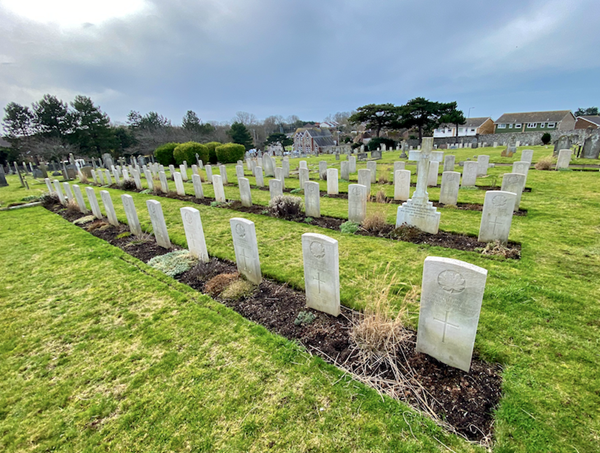 Where the vast Seaford camp once was there are now estates of houses of various shapes and sizes, though the large Seaford Cemetery one the edge of town on the way out onto the South Downs south of Alfriston must be much the same. Poignantly, noticed by someone who has been to the cemetery on a few occasions over the last twenty years having lived in the town for a decade, now as then, there are rather more freshly dug graves than usual. Then pneumonia took men unable to recover from illness exacerbated by poor accommodation, 104 years on, the tail end of a pandemic sees rows of recently dug graves a little busier with freshly cut flowers and mementoes than is usual for a retirement town that has its greater proportion of the elderly.

Article by Jonathan Vernon, whose MA dissertation for his degree on British History and the First World War from University of Wolverhampton was on 'The Friendly Invasion of Lewes' when 10,000 men were billeted on the Sussex town of Lewes in September 1914.