The Western Front Association’s Pension Record Cards have been very useful in numerous ways – one of these is in being able to identify brothers who were killed – this is because the pension claims by parents detail the two or more sons that they lost in the war.

This line of research has led onto the situation of brothers who were killed in the war and who are buried together.

One example of this is in the West Yorkshire town of Cleckheaton where we have brothers Frank and Rowland Hartley who are buried in the graveyard at Whitechapel Church. Rowland died on 7th September 1917 and Frank died of war injuries on 18th September 1919. 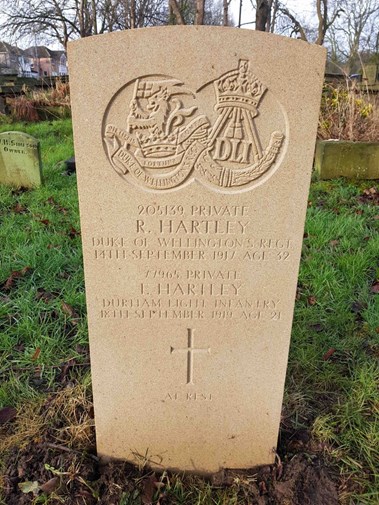 Above: The brothers headstone

Rowland was married (his wife was Edith and they lived at Low Moor, Bradford) but Frank was unmarried.

Clearly the fact that Frank and Rowland died in the UK made it possible for them to be buried in the same grave in Cleckheaton. 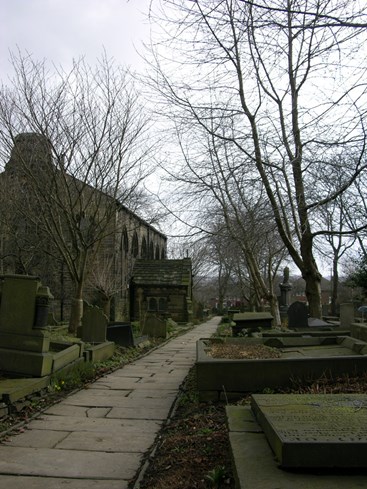 Another example of this is the Rogers brothers who served in the 111th Infantry of the American Expeditionary Force. It seems that Governor and Perander Rogers were recruited – one by draft, the other volunteered – in July 1917 and left home in September 1917. After training at Camp David they sailed to France and were involved in the 2nd Battle of the Marne (near Chateau-Thierry). Both brothers were killed on 12th August 1918 when a shell burst close to them. Governor was trying to get his brother to safety as Perander was wounded by sniper fire. They were buried side by side in Fimes, but their bodies were reburied at Arlington Cemetery after the war.

Their heads were shattered and they could not be identified by dental records. They were identified by pocket knives that they carried with their name and home town inscribed on them. 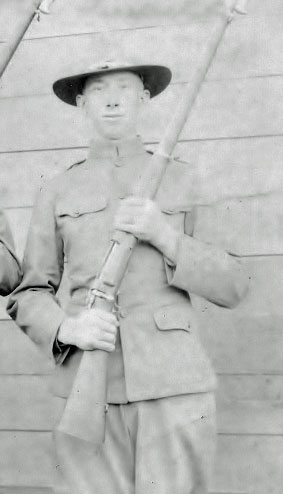 Second Lieutenant Leonard Tregaskis and his younger brother Lieutenant Arthur Tregaskis were both killed in Mametz Wood on 7 July 1916, after one was wounded by a sniper while the other rushed to his aid only to be shot as well.

Major Smith OC of the 16th Battalion Welsh Regiment, who wrote a joint obituary of the brothers, praised them as “among the noblest and bravest of our valiant officers”.

He went on:  “I always found them true hearted men. The whole Battalion regarded them with deep affection and real pride." 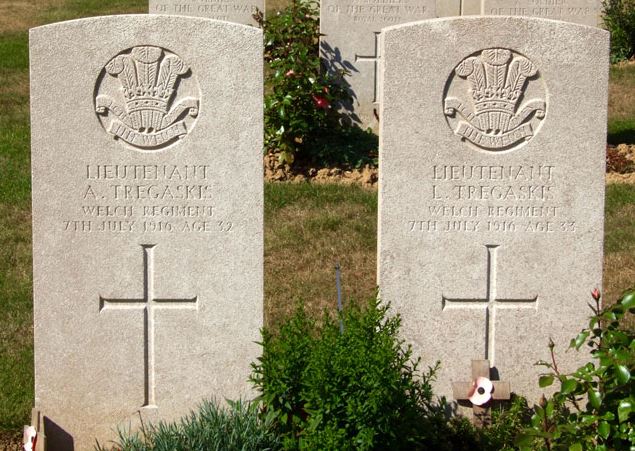 They are buried side by side at Flatiron Copse Cemetery near Mametz wood.

Although not killed on the same day, we also have the Knott brothers who are buried at Ypres Reservoir Cemetery.

Captain Henry Knott was killed in September 1915 his brother Major James Knott was killed on the Somme on 1 July 1916. His story is well known as he was involved in the attack of the 10 West Yorkshires at Fricourt. It is believed this battalion suffered the heaviest casualties  on 1 July. The brothers father (Sir James Knott) somehow ‘pulled strings’ to enable his older son’s body to be carried across the border from France to Belgium to be buried alongside Henry.

The personal inscription on both headstones reads ‘Devoted in Life. In death not divided’. 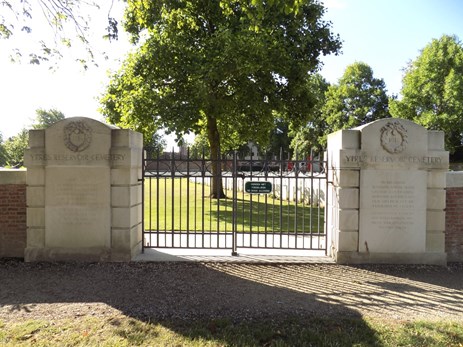 Above and below: Ypres Reservoir Cemetery (CWGC) 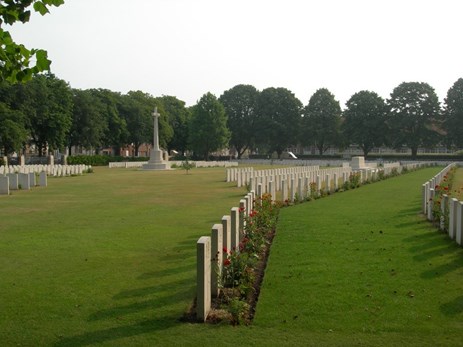 Perhaps the most poignant example of brothers being buried together, however is the case of the Fleming brothers who were killed on 23 March 1918 whilst serving in the RAMC. They too are buried side by side at Cabaret Rouge British Cemetery. The Personal Inscription chosen is not unusual  - many families chose the passage from the ‘Song of Solomon' (2:16-17) "Until the day break and the shadows flee away, turn, my beloved, and be thou like a roe or a young hart upon the mountains of Bether."

In this case, however the inscription is thought to be unique as the passage reads across the two headstones

On the left, on Henry’s headstone we have ‘Until the Day Break’ and on the right, on the headstone of Thomas we have ‘And the Shadows flee away’. 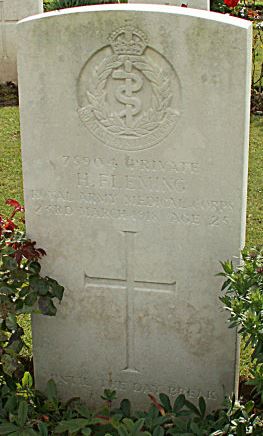 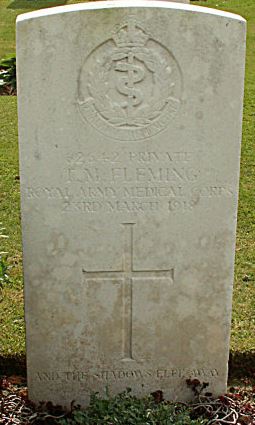 Above: the headstones of the Fleming brothers.

The parents (Thomas and Janet) of 22 Caldew Street, Carlisle must have been deeply upset but perhaps somehow content that their two sons were able to be buried together. 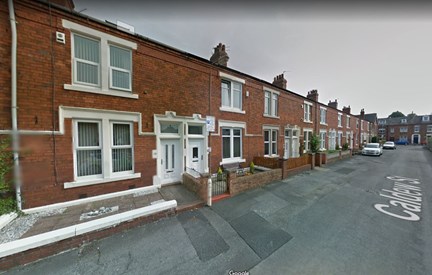