Captain Albert Ball VC, one of the most distinguished fighter pilots of the Great War was only 20 years of age when he was killed near Annoeulin. 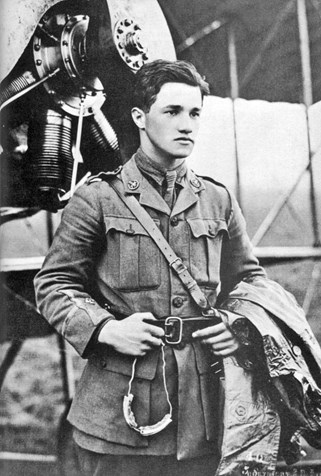 Recognised by the Germans, he was carried the half mile or so from the crash site and buried with full military honours in the extension they had made to the town cemetery.

After the War his father, (later Sir) Albert Ball JP of Stansted House, Wollaton Park, Nottingham, insisted that his son should remain buried where he was and he set up a trust fund to pay for the maintenance of this special grave by the Commonwealth War Graves Commission. The grave remains there to this day, the only British grave in the German Extension. 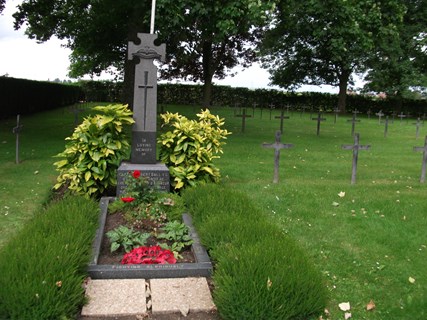 In March 1920 Sir Albert purchased the 27 acre field where his son had crashed, erected a memorial and arranged for it to be cared for by the farmer in exchange for free use of the land. A triangular piece of ground representing the aircraft was planted and maintained with a small stone marking the tail and a larger one, with inscribed details, marking the nose. A concrete path lead to the track which still leads to the cemetery. Lady Ball died in 1931 still unable to speak of the death of her son.

Much later the memorial was simplified and the triangular garden dispensed with. The small stone and the concrete path disappeared and the memorial now consists of a single column with the original wording on the obverse:

On the back of the column appear the words: 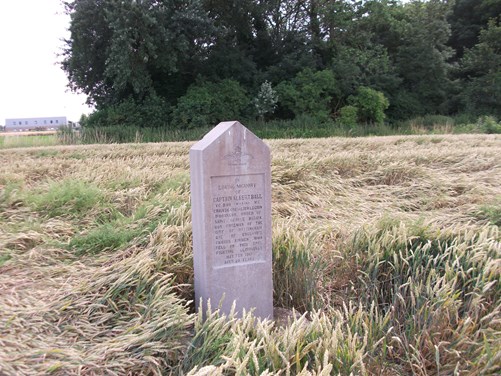 The land still belongs to the family trust but the duty of care for the memorial seems to have lapsed. Over the years there have been various press stories about the memorial but no-one accepted responsibility for it. On their own initiative it was cleaned in 1979 by members of 60 Squadron RAF (Ball was with 60 Sqn RFC for six weeks in 1916). The present farmer clearly treats the memorial with respect and while the path no longer exists a right of was is clearly implied by the land ownership. However, visitors are requested to approach the memorial by the shortest route from the track, treating crops with care.
While it is in good condition and no maintenance is anticipated in the foreseeable future, at the request of the Western Front Association the Governors of Nottingham High School kindly agreed in 1999 to the School becoming the Guardian of this memorial to their famous Old Boy. 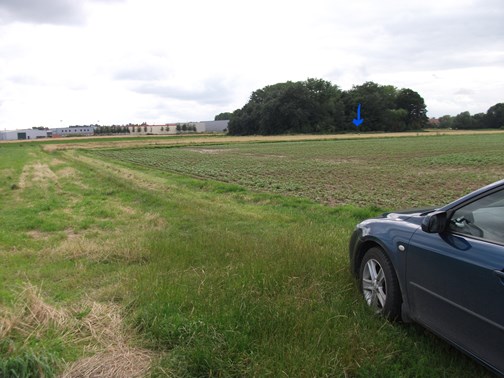