Killed in Action 27 November 1917.
No known Grave. Remembered on the Cambrai Memorial
Memorial: A stone column in the Wood on S side of the footpath from Fontaine to Bourlon.

Herbert Windeler's mother Laura was American and his parents spent much of their time in Boston, Massachuesetts, whilst also maintaining a home at Haslemere in Surrey. Born in 1997, Herbert Wheelwright Windeler was educated at his father's old school, Marlborough College, (1911-14) where he played in the three quarters for the rugby First XV and was said by his Captain "Always gets his man but sometimes fails to find touch with his kicks." After leaving school in December 1914 he lived for a year in the United States. 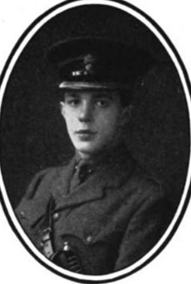 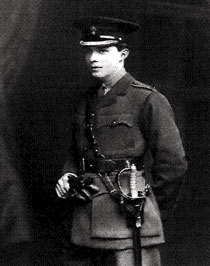 He returned to volunteer taking a commission in the fourth battalion of the Grenadier Guards and fought with them throughout 1917. The morning of 27 November found the Grenadiers in the main street of Fontaine but a strong German counter attack pushed them back into Bourlon Wood. In the confused fighting which took the life of Lt Charles Hartley (qv), Lt Windeler also fell - about three quarters of a mile away in the wood. He was killed by a sniper hidden in a tree and his batman buried him in a shallow grave.

After the War his parents searched in vain for the body, even offering a reward, but finally had to admit defeat. They asked the landowner, the Compte de Francqueville, to erect a memorial on their behalf and this memorial duly stands on the spot where Windeler is thought to have fallen in the shattered wood.

Every year until the next war Windeler's parents and sister came over from the Bahamas to call on the Compte and visit the memorial but nothing has been heard of the family since 1945. Sadly, the Compte de Francqueville died in Dachau concentration camp after two years imprisonment in January 1945.

The original plague was in marble and the exact wording is not known. It was broken by thieves stealing the copper nails during the Second World War and replaced with a larrger one commissioned by M. Bacquet of Cambrai in 1983. This is fixed to the stone base and reads: 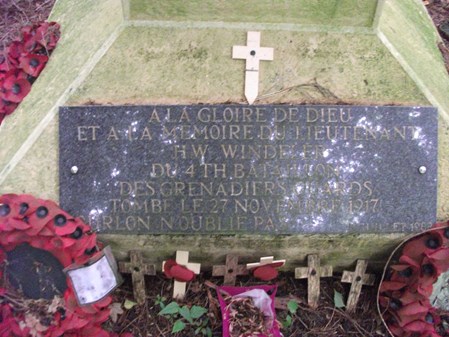 The original fence and garden surrounding the stone cross no longer exist but the memorial remains in sound condition and it survives thanks to the care and interest of two generations of the de Francqueville family. The memorial stands under a yew tree planted when the memorial was erected, just off the public footpath which runs from the village of Bourlon through the Wood to Fontaine-Notre-Dome. Visitors are asked to respect the private land on either side of the path. 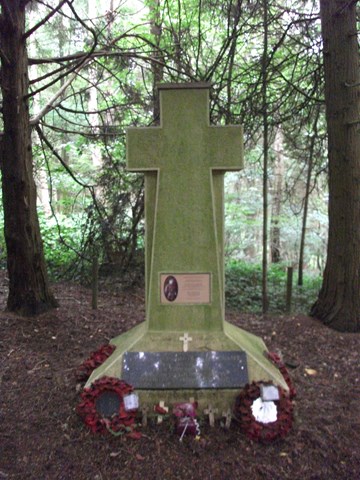 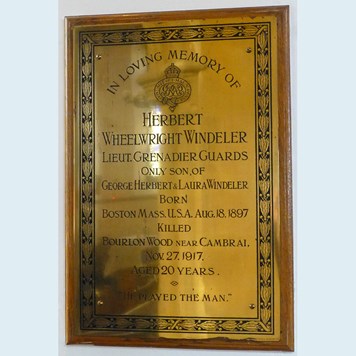