Lt A G A Morris, 1/King's Own Royal Lancaster Regiment

Anthony George Atwood Morris was the youngest son of Mr and Mrs F A Morris of Rugby. He was educated at Winchester and then joined the militia before taking a commission in the 1st Bn. Royal Lancaster Regiment in 1907. He was promoted Lieutenant in April 1911 and was serving with the 3rd (Reserve) Battalion at the Lancaster depot when war broke out. He volunteered for the Front, joining the 1st Battalion on 17 September 1914. 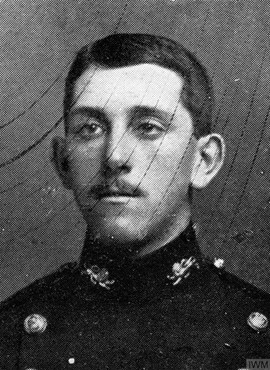 Morris took over the machine gun section soon after his arrival and fought in the Battle of Armentieres. After a six mile march from Hazebrouck on the morning of 13 October the King's Own halted on hearing the Germans were in Meteren. The Battalion was on the extreme right of 4th Div and deployed its companies for the advance; Morris following 'B' Coy with his machine gun section. In the open country a mile short of the village the King's Own came under fire and ran forward to take cover at the farm crossing their line of advance. Heavy enemy fire delayed the capture of Meteren until the following day. Meanwhile, Morris had taken his men to cover the right flank but as they emerged from the enclosures they were seen from the church tower. He took up a position behind a "scanty hedge where he and his team were later found in a tidy row of eight, all dead and their gun out of action."

Morris and his men were buried in the churchyard but after the War, when the others were reburied in Meteren Military Cemetery, his parents decided to take his body home for burial. In fact, they reached Calais before learning that this was not permitted. They returned and buried their son temporarily with his men while they bought two hectares of land encompassing the spot where he was killed.

Mr and Mrs Morris built an elaborate open sided building of brick with a tiled roof and a large clock which had come from their stables in England, in which to bury their son. In due course he was moved there to his final resting place and the inscription on the grave surround reads, on one side:

In LOVING MEMORY OF GEORGE ATWOOD MORRIS LEUT. THE KING'S

and on the other:

and across the foot: 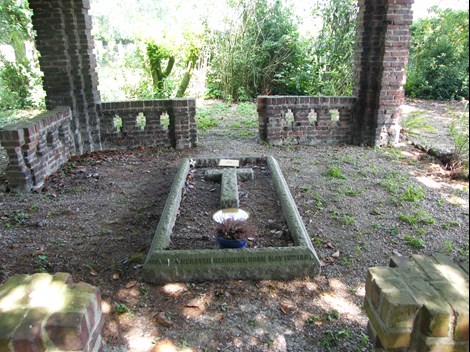 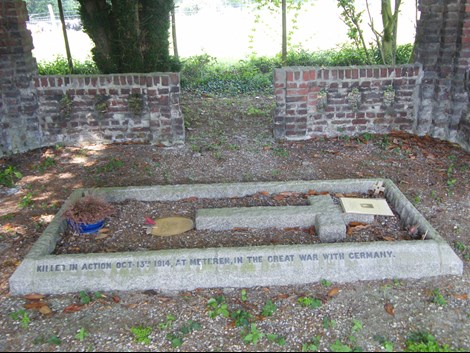 Although mentioned in the CWGC Register this remains a private War Grave. A long driveway with planted hedges ran some 100 metres to the lane, the immediate environs of the building were protected by concrete fencing, and local maintenance arrangements were made.

Lt Morris's family visited regularly until 1965 when his brother, Jack, decided permanent arrangements were now needed. He legally transferred the land, grave and memorial to the Commune of Meteren who took on formal responsibility for its upkeep. In turn, the Commune gave the farmer use of the surplus land in exchange for certain maintenance duties. Later, the clock - which had needed a daily visit to the loft to wind - was electrified. Since then the A25 Autoroute has been built which required a lane to be re-routed and this now passes within five yards of the memorial.

By 1990, although the hedges and driveway had been maintained, some major work was in prospect. The concrete fencing had deteriorated badly, some of the brickwork was disintegrating, the roof, timbers and grave surround needed attention and the clock had ceased to work. But financing routine care was one thing; raising money for capital expenditure quite another. However, the WFA thought the new lane made the labour-intensive driveway redundant and maintenance could be simplified.

Agreement was reached between the Mayor, the farmer and the WFA for the drive and remaining land to be given back to cultivation. The farmer would erect a wire fence around the building with a new opening on to the lane and in future he would carry out all routine maintenance on behalf of the Commune; materials being supplied. But first, essential work had to be undertaken. Through the Battlefield Memorials (Project) Fund, money was raised for the WFA to finance major repairs beginning in Spring 1999, with the Rivelin Masonry Company acting as contractors. Responsibility for the memorial remains with the Commune of Meteren, of course, and this special place now seems secure for the forseeable future. 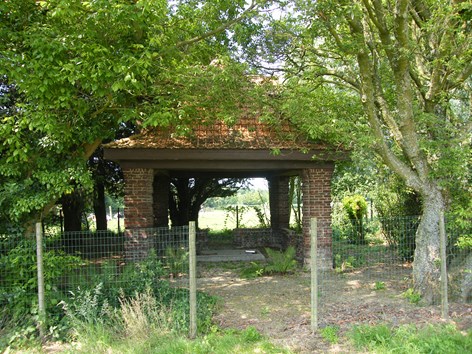 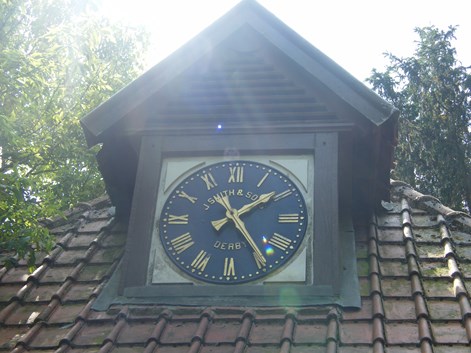