Educated at Marlborough College and Exeter College, Oxford, Cyril Alfred William Crichton was born on 5 April 1893, the only son of Mr and Mrs Lionel Crichton of 17 Portman St, London. He joined the HAC and obtained his commission in the 3rd Bn. Royal Fusiliers in June 1913 while a law student at the Inner Temple. He volunteered for overseas service with his battalion, going to Malta before proceeding to France in January 1915. 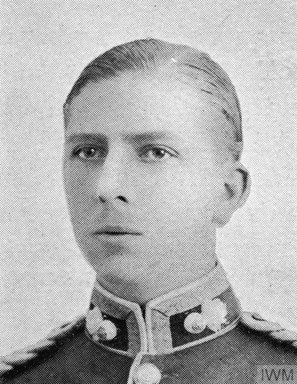 In the Garhwal Brigade at the Battle of Neuve Chapelle, 1/3 Bn. Londons were in support in the Meerut Division's attack on the southern part of the village on the opening day of the Battle. From brigade reserve along the Estaires -La Bassee Road, the battalion moved up to forward trenches. Two companies went to the right in support of the attack on the breastwork at Port Arthur (150 yards NE of La Bombe). By 5pm this "obdurate trench that made a gap in the line" had to be taken and Crichton and his men went over the top and charged across 200 yards of open, cratered country in full view of the enemy, cheering as they went. Crichton called "Follow me" but fell after a few yards, shot in the leg, but struggling to his feet he shouted "Charge" and staggered on. He was wounded again, this time mortally.

As early as August 1916 Mrs Crichton asked CWGC to confirm that her son's grave was being properly looked after. On 29 November 1918, worried about the proposed concentration of graves, his father wrote to request the grave be left in situ as he intended buying the piece of land. The site was duly marked. So, when Mr Crichton went to France the following August he was distressed to find no sign of the grave. The map reference was clearly wrong as CWGC later confirmed. At the time, of course, the ground was a wilderness of craters, graves and the detritus of war. However, troops on the ground showed him a spot where they said the grave had been and he arranged to buy it as soon as possible.

This spot is on the west side of the Estaires Road opposite the cafe at La Bombe, a few yards from the cross-roads, at trench map ref 36 B 10.b. 77.94. In May 1921 CWGC were surprised to find a grave mound on this land marked with a card from Crichton's mother, but in fact the local mayor had simply had the mound raised as a temporary memorial. In August 1923 Mrs Crichton asked the Commission for help. Access to the 12' x 15' site was over a culvert from the Estaires Road, the memorial had been erected and a garden established but Mme Charlan of l'Auberge de la Bombe, who had been trimming the box hedge and looking after the garden, was now unwell so could their gardeners take it on? CWGC agreed to look after it for an annual fee and a bequest was made in the Crichtons' wills.

On 27 February 1925 Crichton's body was found behind Mme Dubois' house on the other side of the road at 4.d.9.2. Disturbed by the plough the grave yielded his identity disc and all his personal effects including his silk handkerchief. He was reburied at Le Touret. But Crichton's parents continued to visit the memorial - and his grave - for the rest of their lives.

'IN EVER LOVING MEMORY OF CYRIL ALFRED WILLIAM CRICHTON, 2ND LIEUT 3RD BATTALION LONDON REGIMENT ROYAL FUSILIERS, WHO DIED HERE ON MARCH 10TH 1915 HE WHOM THIS MEMORIAL COMMEMORATES WAS NUMBERED AMONG THOSE WHO AT THE CALL OF KING AND COUNTRY, LEFT ALL THAT WAS DEAR TO THEM, ENDURED HARDNESS, FACED DANGER AND FINALLY PASSED OUT OF THE SIGHT OF MEN BY THE PATH OF DUTY AND SELF-SACRIFICE, GIVING UP THEIR OWN LIVES THAT OTHERS MIGHT LIVE IN FREEDOM. LET THOSE WHO COME AFTER SEE TO IT THAT HIS NAME BE NOT FORGOTTEN. H, A DONNE SA VIE ET TOUTES SES JOES TERRESTRES, POUR CE QU'IL ESTJMAIT AU DELA DE TOUT L'HONNEUR DE LA PATRIE ET SON FOYER." 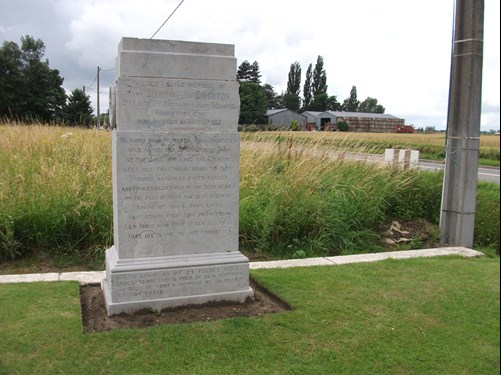 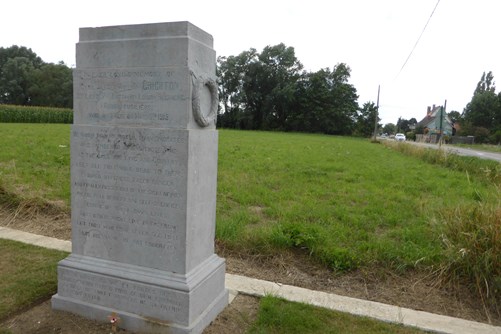