Harry Fellows was born on 5 May 1896, the son of a Nottingham coal miner. He became a butcher' boy and delivered the washing his mother took in before passing his certificate of education and leaving school when he was thirteen. He then began his career at the Raleigh Cycle Co, at 5 shillings (25p) a week, where he was to remain all his working life. 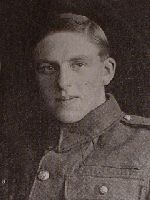 Both his parents died before the War and Harry found himself the breadwinner for a family of four at the age of eighteen -despite being himself on short time. When the War came his sister went into service, he made arrangements for care of the boys, and joined up. Years later he would say he joined "not for patriotism, but to escape poverty."

He joined 'C' Company of the 12th Bn Northumberlands, trained as a Lewis gunner and went with them to France on 5 September 1915. They went almost straight into the Battle of Loos taking appalling casualties at Hill 70 but Harry escaped unharmed. As indeed he did through the thick of the fighting including the attack on Fricourt on 1 July 1916. The Northumberlands were supporting the Green Howards that morning and the sight of their CO Major Loudan-Shand winning his posthumous VC was to stay with him for the rest of his life. When he returned to the battlefields in old age he always laid a wreath at Loudan-Shand's grave and that tradition is still carried on by his family.

Later that month Harry Fellows found himself burying the dead in the shattered Mametz Wood and he never forgot its horrors. He had many near squeaks but finally his luck ran out in June 1917 when he received a wound in the head. But at least it was "a Blighty one" and he never saw front line action again. When he recovered, his experience at Raleigh came in handy and his new job was repairing motor cycle wheels for the RFC.

Demobbed in March 1919, Harry Fellows returned to his old job, married, had a family and remained at Raleigh until he retired in 1962 as General Foreman after fifty three years service.

In retirement Harry decided to commit his memories to paper. He joined the WFA and the Friends of Locnnagar and began to visit the battlefields of his youth. Two of his articles were published in 'Stand-To!' - "The Battle of Loos " in Stand-To! 5 (Summer 1982) and "Memoirs of a Volunteer" in Stand-To! 11 (Summer 1984) He also wrote some vivid poetry. 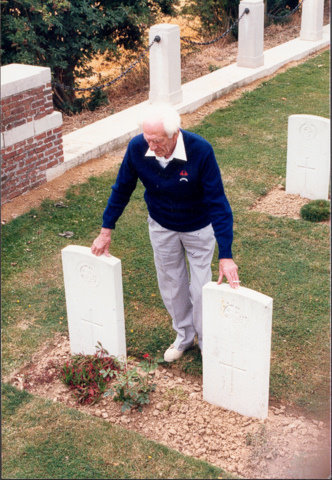 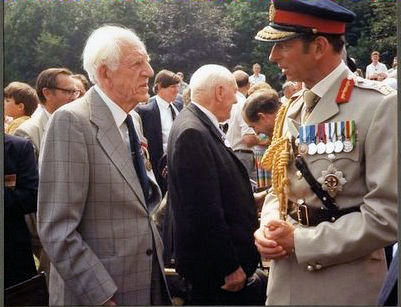 On one of his visits he met M. le Marquis de Thezy, owner of Mametz Wood which had made such a deep impression on him sixty eight years before. They became firm friends and so after Harry died in Nottingham on 1 September 1987 it seemed perfectly natural for his ashes to be buried beneath a headstone in Mametz Wood among his friends. On the stone are written Harry Fellow's words:

"WHERE ONCE THERE WAS WAR NOW PEACE REIGNS SUPREME AND THE BIRDS SING AGAIN IN MAMETZ". 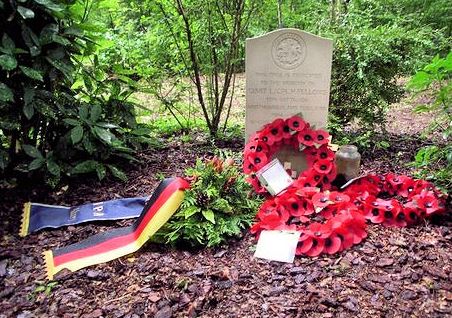 Because this memorial is on private land the exact spot is not given here. Anyone wishing to visit is asked to seek permission and take instructions from the gamekeeper before entering the Wood. 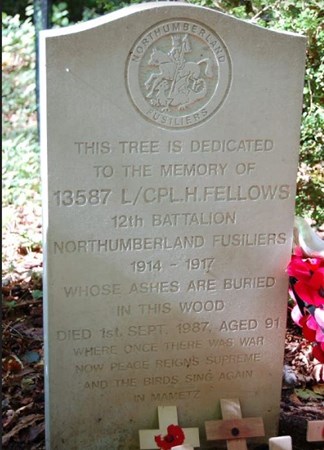 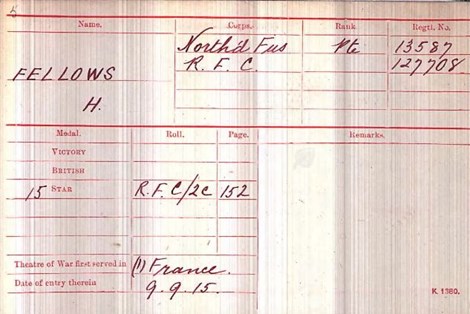