Henry Anthony Birrell-Anthony, of Thame in Oxfordshire, was one of 13 officers and 382 other ranks who became casualties on that disastrous day for 1st Monmouths in the Second Battle of Ypres, 8 May 1915. 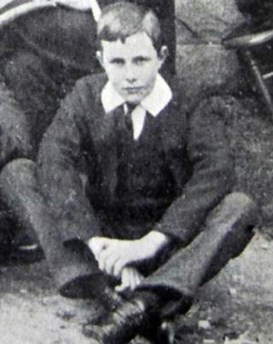 Above: He attended the Cathedral School, Cardiff (image courtesy of https://www.cathedral-school.co.uk/world-war-i-the-cathedral-school-remembers.html )

The British withdrawal in early May to shorten the line left 84th Brigade on the forward slopes of the Frezenberg Ridge under concentrated enemy fire with little artillery in support. Into the line on the night of 7th May, the 1st Monmouths found themselves exposed in battered and waterlogged trenches with little time to do anything about it before the German assault the next morning. The attack was fought off gallantly all along the line until 83rd Brigade on the right was forced to retire, increasing the pressure on the others. A desperate fight ensued with very heavy casualties. The Monmouths, with no right flank were soon partly surrounded. Called upon to surrender Captain Edwards cried "Surrender be Damned" and many years later this was to became the title of Les Hughes and John Dixon's Great War history of the battalion (Cwm Press 1995).

Colonel Robinson was killed trying to set up a defensive flank but the Monmouths fought on valiantly until late afternoon when eventually, they were forced back into their support trenches. Thus ended their part in the Battle of Frezenberg Ridge. The next day only three officers and 126 other ranks were fit for duty.

After the Battle most of the casualties were listed as missing and many were never found. Among them was 2nd Lt Birrell-Anthony, who in the fullness of time was remembered on the Ypres (Menin Gate) Memorial.

Mary Annette Birrell-Anthony of Glenthorae, Thame, Oxon, who died on 17 April 1918 is believed to have been his mother but meanwhile his father, Lt Col Henry Birrell-Anthony (senior), was in command of 2/1 Monmouths, the reserve battalion providing replacements in the field. It seems that he later visited the battlefield, bought the piece of land where his son was believed to have fallen and intended to erect a memorial to him made of Monmouth stone.

For some reason Col. Birrell-Anthony changed his mind and decided to include all the officers and men of the 1 Bn. Monmouths who had died that day in his inscription. The memorial, which was adopted by the Regiment and is maintained by the Commonwealth War Graves Commission, consists of a rectangular block of stone set in a small garden surrounded by a stone wall. The inscription is a little difficult to decipher on the local stone insisted upon by the authorities, but reads:

'IN MEMORY OF LIEUT. H A BIRRELL-ANTHONY AND THE OFFICERS OF THE 1st BATTALION THE MONMOUTHSHIRE REGIMENT WHO FELL AT THIS SPOT IN THE SECOND BATTLE OF YPRES ON THE 8th MAY 1915 AND THE NCOs AND RIFLEMEN WHO FELL AT THE SAME TIME.' 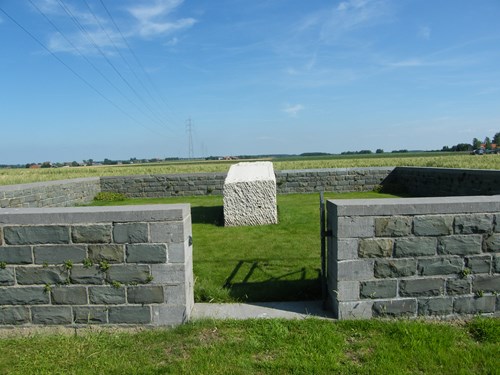 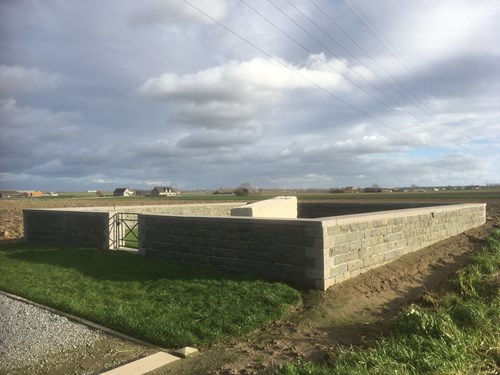