Front and Back Cover 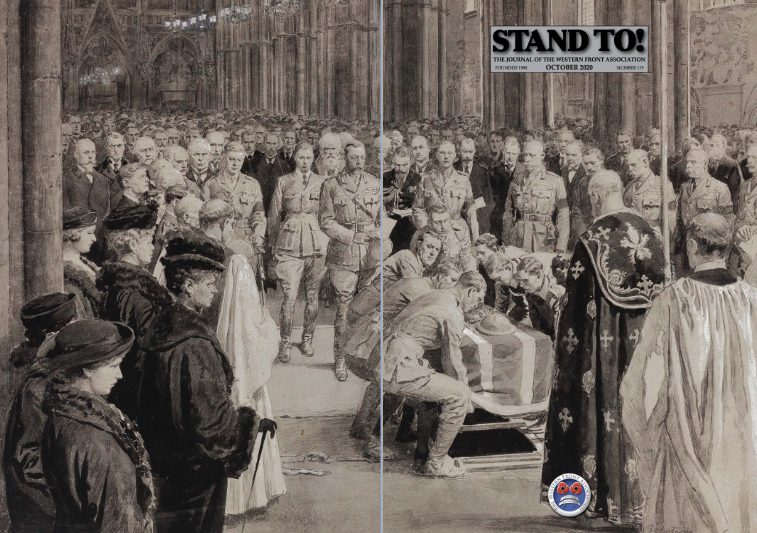 The scene in Westminster Abbey as the coffin of The Unknown Warrior is lowered onto bars above the open grave, during the burial service. The coffin is shrouded with the ‘Padre’s Flag’, which went through the war on the Western Front. On top of the coffin have been placed a steel helmet, side-arms and the King’s wreath. King George V is standing at the head of the grave, and behind him the Princes, and behind them statesmen and others in the distinguished congregation. To the left are Queen Mary, The Queen Mother (Alexandra), the Queen of Spain, and Princess Mary. The service was conducted by the Dean of Westminster, seen here facing the grave in the foreground. A prolific Great War artist Matania had a clear and perceptive eye for detail and realism in his work and was blessed with a photographic memory “… able to work at great speed, producing illustrations that were unnervingly photographic in their realism”.

If have questions about how to access the members-only area, please email membership@westernfrontassociation.com